Andrea Garbarini is the director of From Beacon to the Border, a 35-minute documentary about the Grannies Respond movement organized in opposition to recent federal immigration policies. The Beacon Hebrew Alliance, 331 Verplanck Ave., will host a free screening at 7 p.m. on Thursday, Oct. 24. 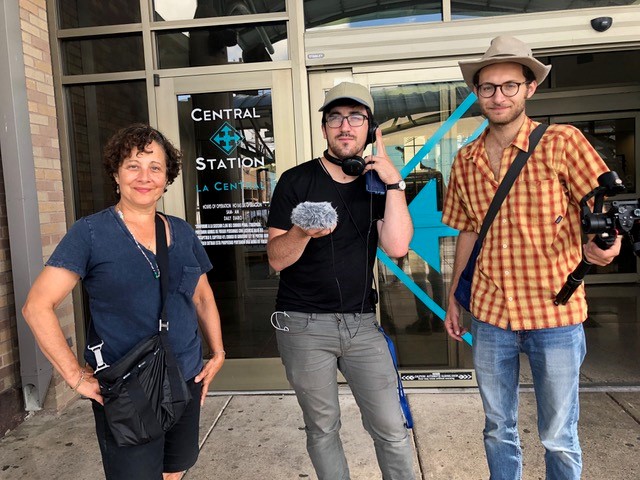 How did the project come about?

Friends of mine who are filmmakers sent me an article from Yes! magazine about a group of grannies who were going to the [Mexican] border to protest the separation of families. They said, “Why don’t you try to do a movie on that?” I followed the grannies in a rented van with two young men who had just graduated college. One was a film major and the other was an art major. I talked them into coming. We also shared the van with Antonio Flores-Lopez from Radio Kingston.

You produced a documentary about 9/11 widows, but this was your first film as a director. What made you decide to make it yourself?
I thought it was time for me to do something on my own. I put my mind to it. I said “I’m going to do it;” the two kids were available, I rented some additional cameras and we hit the ground running. It was quite a sprint!

What do you hope people take away from your film?
It’s never too late to have a collective voice. What’s going on at the border is inhumane. I hope people see that we need to treat all humans with respect and dignity and that it is never OK to separate children from their parents.

Are you concerned the issue is no longer in the news every day?
As with any news cycle, things come to the forefront and other things get pushed to the back. There’s so much going on. There is chaos distracting us from issues that mean something, but the immigration issue is not going away. Because of climate change and unrest in some of these countries, it’s just going to get worse. There’s going to be a constant flow of migrants and we need to extend our hand. Because if they’re not OK, we’re not going to be OK, either.