Tyrone Searight, the Haldane High School girls’ basketball coach for the past 11 seasons, was arrested on Tuesday (Oct. 29) on charges he defrauded the state of more than $11,000 in worker’s compensation.

On Nov. 6, Haldane Athletic Director Chris Salumn said in a letter to parents that Searight is taking a leave of absence and that his status with the team will be evaluated when the legal matter is resolved. In the meantime, Jessica Perrone, who is entering her third season as the junior varsity coach, will coach both teams until a new J.V. coach is hired. 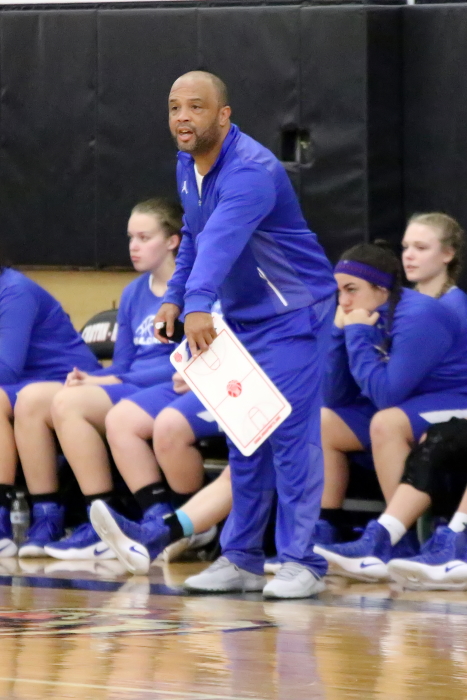 Searight, 49, of Peekskill, was arraigned in Ramapo on two counts of felony worker’s compensation fraud and one count of felony grand larceny. He is scheduled to return to court on Nov. 26, according to the state Inspector General.

Prosecutors allege that Searight, while employed as an MTA bus driver, reported a work-related knee injury in November 2016. He collected worker’s comp until May 2017. However, investigators said they found that while Searight claimed he couldn’t work, he was coaching at Haldane and did not appear to be injured.

Searight did not immediately respond to an email message but told The Journal News that the charges were the result of botched paperwork. “I’m trying to take care of it as we speak,” he said. Haldane Superintendent Philip Benante said the district was aware of the arrest but had no comment.

In a letter to parents dated Oct. 31, Athletic Director Chris Salumn wrote: “Our priority is to ensure that our student athletes have a positive experience… This includes mitigating any potential for disruption or distraction to the team.”