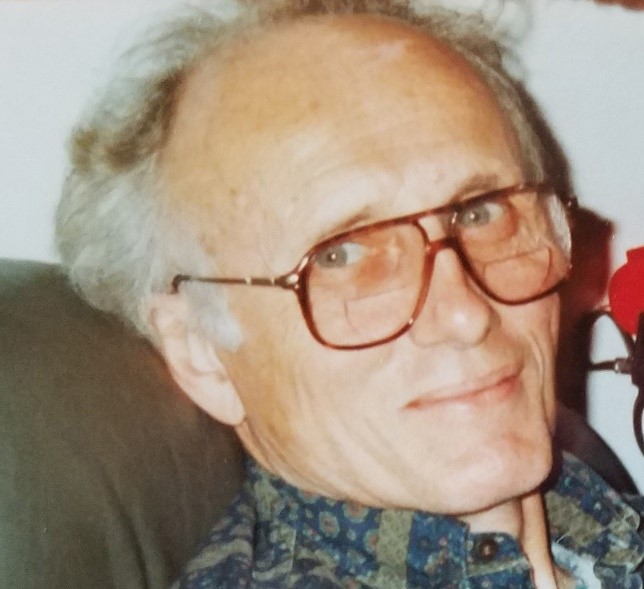 James W. Thatcher, a mathematician who developed the first screen reader for the visually impaired, and who also once built two houses in Garrison, died Dec. 7, 2019.

Jim was born in Schenectady in 1936 and lived there until he was 10.  After World War II, he and his family moved to San Diego, California. He graduated from Pomona College with a degree in mathematics in 1958 and received one of the first PhDs in computer science from the University of Michigan in 1963.

Together with his thesis advisor, Jesse Wright, Jim joined the mathematical sciences department of IBM’s Thomas J. Watson Research Center in Yorktown Heights, where he stayed until 1996. Jim was one of the founders of Mathematical Foundations of Computer Science, an annual conference which brought together theoretical computer scientists from western Europe and the U.S. with their counterparts in Eastern Europe.

Jim began moving away from the abstract and toward the practical when he and Wright, who was blind, started working on an “audio access system” for the IBM Personal Computer, a system for providing on-screen information to a blind user through synthesized voice. This work culminated in the development of one of the first screen readers for DOS in 1984-85, called IBM Screen Reader. He later led the development of IBM Screen Reader/2, the first screen reader for a graphical user interface on the PC. Jim was intimately involved in the development of IBM Home Page Reader, a talking web browser for the blind and visually impaired.

In 1996 Dr. Thatcher joined the IBM Accessibility Center in Austin, Texas, where he led the effort to include accessibility in the IBM development process, establishing IBM’s Accessibility Guidelines. In Austin, Jim became part of a very active accessibility community, which included the Texas School for the Blind and Visually Impaired and Knowbility, a digital accessibility organization.

He retired from IBM in 2000, becoming an independent consultant and a passionate advocate for accessibility on all levels, from small nonprofit websites to large corporations. He was a teacher and mentor to many in his field, and his website at jimthatcher.com contains information for developers that has been preserved first by Digital Gap Initiative in Australia and now by Knowbility in Austin.

Jim was the lead author of Building Accessible Websites (2002) and Web Accessibility: Web Standards and Regulatory Compliance (2006). Among his many awards were the Distinguished Service Award from the National Federation of the Blind in 1994 and in 2011 a Lifetime Achievement Award from his accessibility peers.

Jim was equally passionate and thoughtful about his other interests. He was unfailingly supportive of his children. When he and his first wife, Susan Stocker Thatcher, separated in 1977, they rented an apartment and took turns living in the family house with their children, a more child-friendly system of custody.

He enjoyed the process of building and worked with his architect friend, Frank Dushin, to build two houses in Garrison, and two more in Texas. He was an attentive and supportive husband, helping his wife, Diana Seidel, with the mechanics of pottery— building kilns, shelves and worktables; helping to set up and break down at shows and always being encouraging of her work.

Jim was a political activist throughout his life. He marched for civil rights and against the Vietnam War, attended rallies and demonstrations for women’s rights and Black Lives Matter. He was a supporter and a fan of the arts and a lifelong bird watcher.

Jim is survived by his ex-wife, Susan, and their children, Ann Gornik, Rebecca Thatcher Murcia and Mark Thatcher; by his wife, Diana and their son, Anthony Thatcher; and by grandchildren Kiya and Abram Gornik and Gabriel and Mario Murcia.

A memorial is being planned for Jan. 18. Anyone interested in attending should email Diana at [email protected]. Memorial donations may be made to Knowbility’s Jim Thatcher Fund, a scholarship award program for the AccessU training to continue Jim’s contribution to digital accessibility teaching and learning. See knowbility.org/donate.