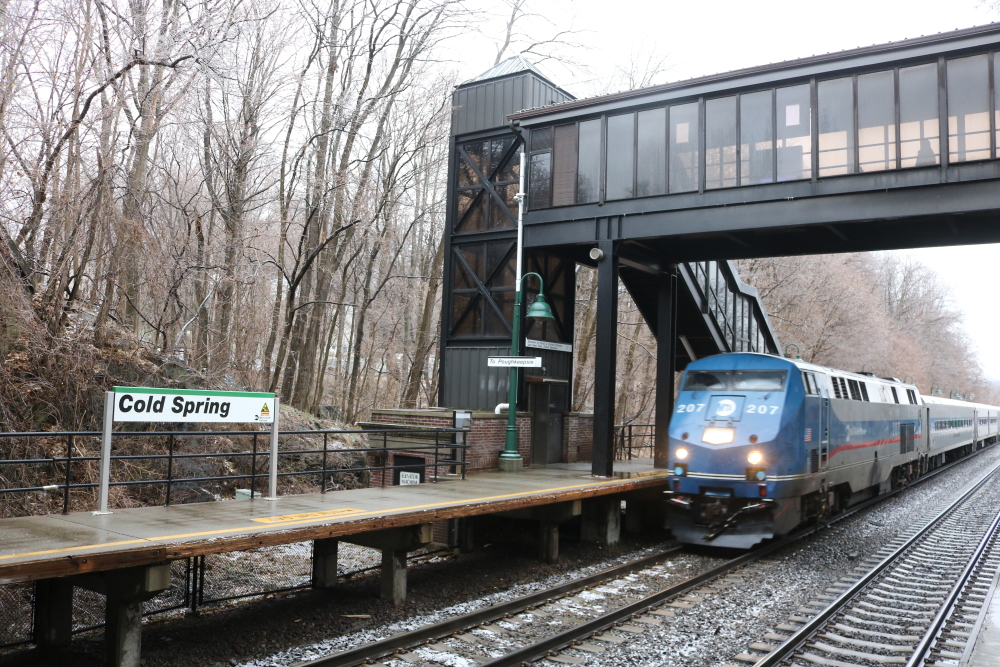 The elevator on the northbound platform at the Cold Spring station is expected to be closed for months. (Photo by Michael Turton)

The elevator on the northbound track of the Cold Spring train station will be out of service until the spring, Metro-North announced this week.

Metro-North said that a recent inspection found the floor beams in the elevator were so badly deteriorated that the entire cab needed immediate replacement. A new cab will take about four months to design, review, fabricate and install, it said.

Pete Smith, a Cold Spring resident whose wife uses a cane and takes Metro-North into New York City twice a month, said the elevator has been closed since early December. “She can manage the stairs but it’s slow and difficult,” he said.

Neal Zuckerman, a Garrison resident who represents Putnam County on the MTA Board, said he had not been notified that the elevator would be shut down.

“I am frustrated that the MTA didn’t inform me and elected officials, as far as I know, in the community,” he wrote in an email. “That this is happening in the winter months, when the elevator is a useful alternative to often-slippery stairs, is a further challenge.

“In our Metro-North committee meeting yesterday [Dec. 16], in the elevator status report, there was no mention of any months-long outage at Cold Spring,” he wrote. “If it was, I would have certainly communicated that as widely as possible.”