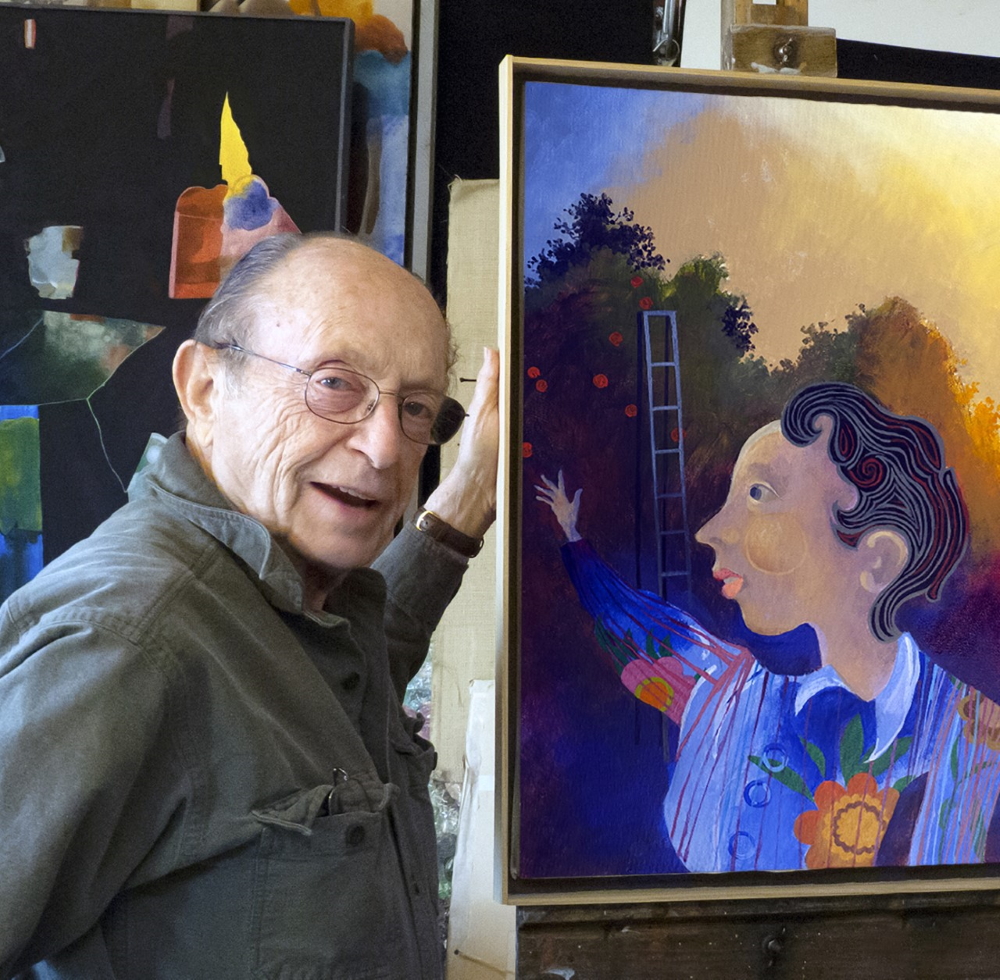 Don Alter in 2007 with one of his paintings, “Apple Orchard” (Photo by Harald Plochberger)

For years, Don Alter’s studio was a jam-packed, single-car garage in Newburgh. After his death in February at age 88, two friends, Tony Moore and Harald Plochberger, decided to mount a memorial show.

It will open on Beacon’s Second Saturday, Jan. 11, at Hudson Beach Glass, with about 50 paintings, drawings and prints that Alter created later in his life. A reception is scheduled for 5 to 8 p.m., and on Sunday, Jan. 19, at 3 p.m., Moore and Plochberger will speak about their colleague and his work. (The snow date is Jan. 26.) The show continues through Feb. 2. 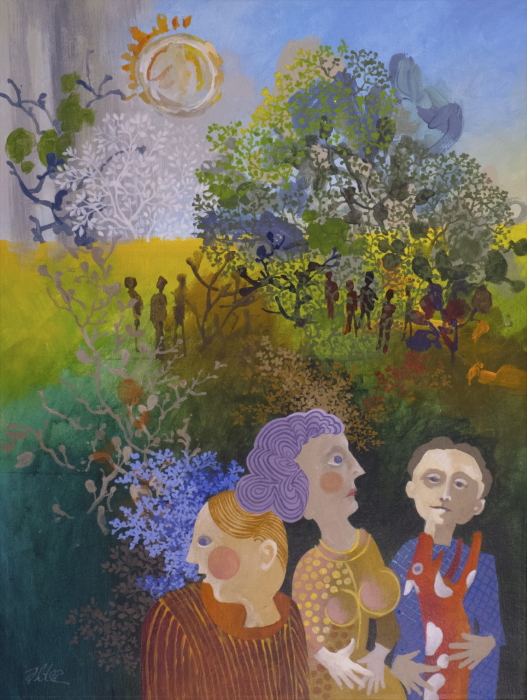 “In the Park,” by Donald Alter

Alter experimented throughout his life, whether with painting, drawing or digital. In an interview with The Current in 2014, when he opened a show at the now-closed Gallery 66 NY in Cold Spring, Alter said he still asked himself, What is a painting? “I try to push at that all the time,” he said of the format. “What that embodies is always being investigated.”

Alter was “important to the Hudson Valley and the greater art world partly because he was one of the last of his generation,” says artist Carla Goldberg, who lives in Beacon. “The things he lived through are fading in our collective memory as his generation passes on. Thankfully Don left us an incredibly prolific record of his visual storytelling.”

Goldberg recalls “the privilege of wandering through his archived works and studio storage while pulling work for a show last year in Berlin. Getting that close to his process and the meaning behind each work as he explained them is something I will always treasure. 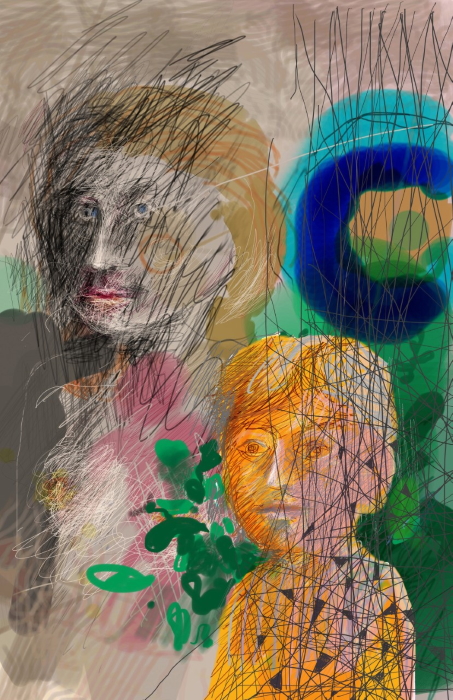 “Woman and Child Outdoors,” a digital drawing by Donald Alter

“The subjects he tackled are the history of the 20th century: war, home, love, religion, the everyday and aging. The artists who knew and loved him well enjoyed hearing his opinions. He always ended with the words, ‘I don’t know — maybe I’m wrong,’ which was his invitation for your opinion.”

At age 18, Alter enrolled at Black Mountain College, an experimental, influential liberal arts college and artistic community near Asheville, North Carolina. For the next two years, he studied painting, “but I did everything that I could touch,” he recalled in 2014. “Sculpture, weaving, all kinds of crazy stuff.”

After Black Mountain, Alter said he never felt the urge to return to school. “Once you learn yellow and red make orange, you’re off and running,” he said.

Following a stint in the U.S. Army, Alter began a career in the mid-1950s as a textile designer. In 1980, he returned to painting. “That’s where my heart was,” he said. “During all the textile years I painted every single day — never put a brush down all that time.”

By the time of his 2014 exhibit, Alter had shifted to digital. “I came to use the computer because I was driven to it — I have to use it,” he said. “I’ve come to question whether paint is important. Painters paint for each other and my world is being surrounded by younger people all the time and I respect their contributions.”

The Hudson Beach Glass gallery is located at 162 Main St. in Beacon. It is open Monday through Saturday from 10 a.m. to 6 p.m. and Sunday from 11 a.m. to 6 p.m. See hudsonbeachglass.com.