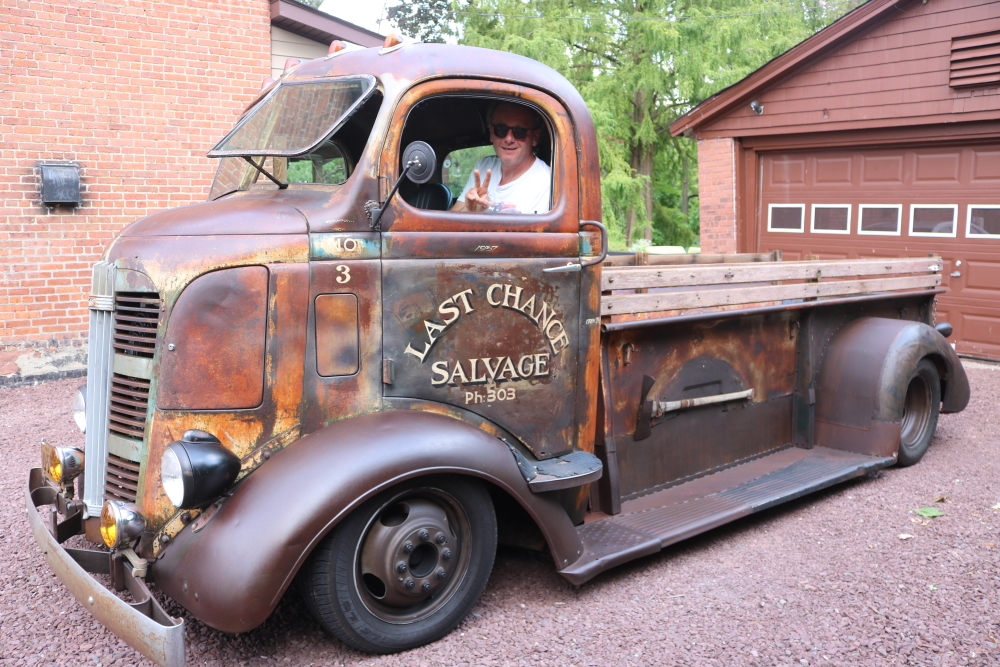 This 1937 GMC, with Adam Pataki behind the wheel, is a familiar site in the Highlands. (Photo by M. Turton)

When pedestrians in the Highlands see the Last Chance Salvage truck rumble past, they invariably do a double take — or a triple take. The 1937 GMC has a kind of grotesque beauty that guarantees stares.

“It’s a bad-ass truck,” said owner Adam Pataki, 46, who lives in Newburgh. “You’re not going to see another one like it. General Motors’ historian thought this truck no longer existed.”

Pataki said he found the cab in Montana about 12 years ago and rebuilt it. It was originally a four-wheel cab-over-engine (where the vehicle has a “flat face” and the cab sits over the front axle) and had an attached trailer.

“I wish I could build 10 of them, but the cabs are extremely difficult to find,” he said.

For Pataki, his classic vehicles are about more than mere ownership and car shows. He feels compelled to drive them. “I have to ride something every freaking day, either a bike or a car,’ he said. “It makes me happy, keeps my mind clear.”

The Last Chance Salvage name was invented to reflect the truck’s rough and tumble appearance, which includes intentionally cracked side windows. 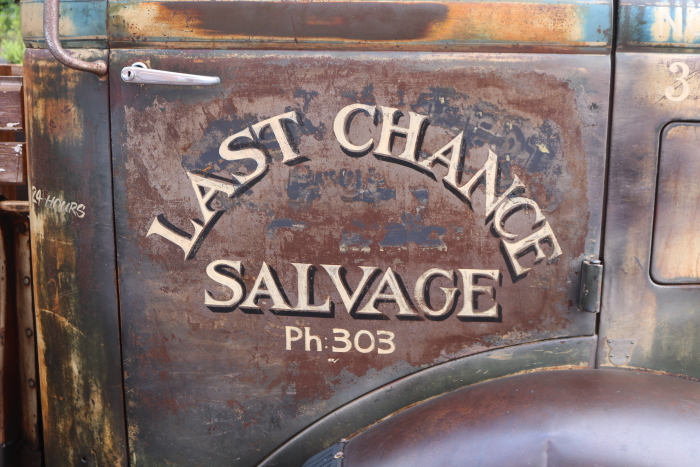 “You know how many kids want to race me?” Pataki said with a laugh. “I look at them, step on it and go. I love speed and I’ll compete with any new car.” The downside: “It sucks gas like a helicopter,” getting about 5 miles per gallon.

Pataki says his frequent trips on Route 9D in the truck “are like breathing the air for me. I just love it.”

The former New York City tradesman and contractor owns other vehicles that are not just old but unique. A friend dubbed him “Mona Lisa on wheels” because he restores vehicles that are original, unique and beautiful.

His passion for vintage vehicles began after his family moved to Brooklyn from Poland when he was 7. “I had a little 50cc motorcycle,” he recalled. “When I was 17, I bought my first vintage bike — a 1916 Indian Power Plus — for $13,000.”

That was a lot of money for a teenager, “but it was in running condition and had the original paint. I was excited!”

Pataki’s collection, which includes four or five cars from the 1930s, several classic motorcycles and a vintage boat, changes often. Vehicles come and go through purchases, swaps, trades and the occasional sell-off. 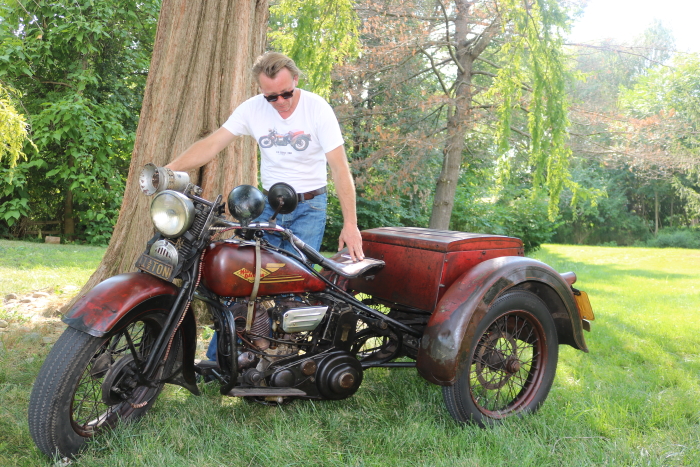 Pataki with his 1935 Harley police bike (Photo by M. Turton)

His cars usually predate World War II and have included Packards, Cadillacs and Bentleys. One of his favorites, he said, was a 1929 Ford five-window coupe. He particularly loves art-deco cars, which he said led to his one regret.

His motorcycles have ranged from a 1912 Harley Davidson to choppers from the 1950s and racing Triumphs from the 1960s.

One bike won’t suffer the Zephyr’s fate. It’s not for sale. “It’s a 1935 Harley police bike, very rare,” Pataki said. “I don’t think there’s another in existence in this good condition. It has all the original paint.”

An unusual feature of the bike is its one-way radio. “The dispatcher could radio the cop where to go, but he couldn’t respond,” he said.

The bike bears the markings of the Great Bend Police Department, but Pataki has been unable to determine in which of several towns by that name it resided.

Pataki says his current project may be his favorite. “I love the uniqueness of streamliners,” he said, describing the original, 1930s “aircraft-on-wheels” mobile homes that predated the Airstream.

He and Richie Morec, 80, who helped Pataki rebuild his 1937 GMC, are restoring a 1935 Motor Chief streamliner in Flagstaff, Arizona. “Richie is a great fabricator,” Pataki said, “and we have the same eye for uniqueness.” 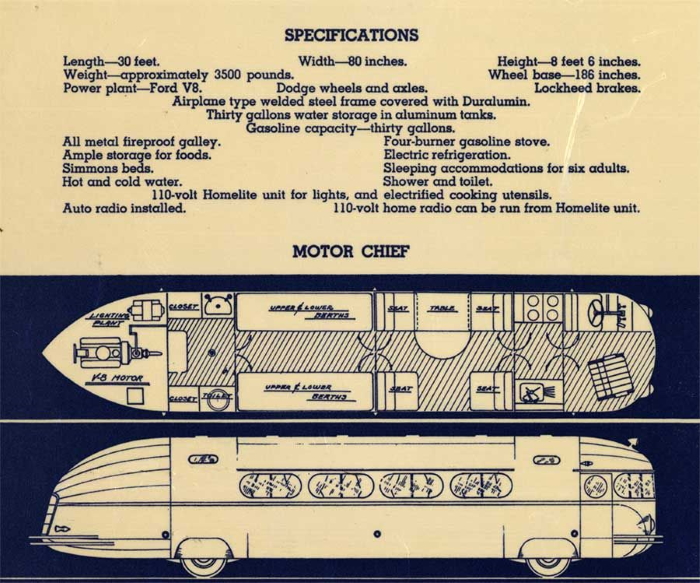 A schematic for the 1935 Bowlus Motor Chief streamliner

The prototype RV was built by Hawley Bowlus, the designer, engineer and manufacturer behind the Spirit of St. Louis, the plane used by Charles Lindbergh for the first solo transatlantic flight.

Pataki gets visibly animated when he describes the 30-foot-long streamliner. “It’s the only one Bowlus built,” he said. “It traveled from California to New York and back in 1947. I’m dying to go there to work on it.”

The Smithsonian Institution has expressed interest in putting it on display when the restoration is complete, he said.

One other project rivals the streamliner for the passion it stirs in Pataki. He would like to challenge car collectors Jay Leno and Jerry Seinfeld to a showdown.

Pataki said he invited the comedians to a “bout” pitting his best seven or eight vehicles against theirs. “We’ll mix it up, like a boxing match,” he said. “I’d love to kick their ass. Let’s put it on television and let people decide who has the best collection.” (Seinfeld and Leno have yet to respond.)

While their cars are beautiful, Pataki believes he has the advantage because they collect production-line vehicles that are not unique. “Seinfeld has Porsches from the 1950s. I could show you 50 of those. What color would you like?”

One thought on “‘Mona Lisa on Wheels’”