Supreme Court Justice Ruth Bader Ginsburg died on Friday (Sept. 18) at age 87. She had served on the court for 27 years and was considered part of its liberal bloc. 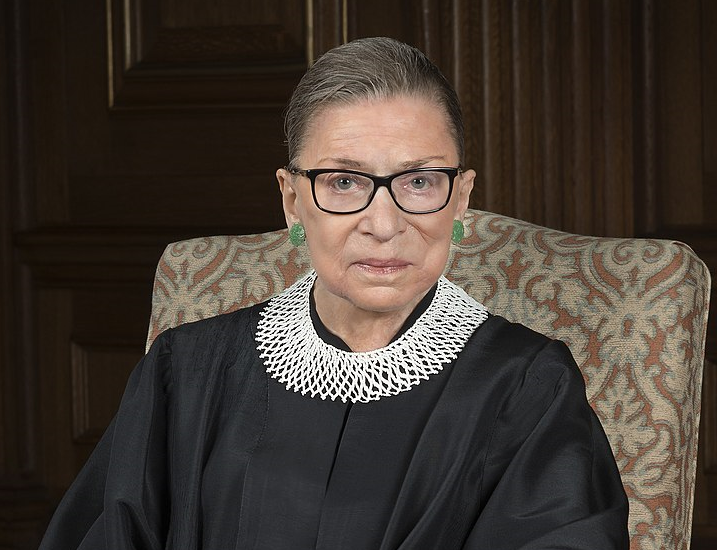 Ruth Bader Ginsburg in 2016 (Supreme Court of the United States)

Rep. Sean Patrick Maloney (D), whose House district includes the Highlands
“Ruth Bader Ginsburg was a towering defender of all who yet need justice in America. We mourn the loss of her colossal intellect and erudition. We will not soon see again her grace and humor on the High Court. The only thing that could possibly make this worse, would be the cynicism and hypocrisy of Sen. [Mitch] McConnell [the majority leader] disrespecting her memory [with a vote on her successor before the election].”

MaryEllen Odell (R), Putnam County executive
“Notorious RBG, as the justice became known in her later years, was a fantastic role model for women leaders everywhere. Ruth Bader Ginsburg was known as a pioneer of women’s rights, and she was that. But by fighting for women to be treated equally under the laws of our country, she brought about greater freedoms for all. We mourn her passing.”

State Sen. Sue Serino (R), whose district includes the Highlands
“Ruth Bader Ginsberg was a trailblazer in every sense of the word. No matter your politics, she was a champion for women’s equality who paved the way for an entire generation. Like many, I was always inspired by her famous and genuine friendship with Judge Antonin Scalia. The pair reminded us all that no matter your disagreements, we must always put people first and treat each other with respect, civility and kindness. Her legacy is one that will live on in all of those who found inspiration in her humility. Our hearts are with her loved ones during this difficult time.”

Marc Molinaro (R), Dutchess County executive
“Ruth Bader Ginsburg was a remarkable soul, a force of nature, an inspiring woman and brilliant mind. Our nation owes her a debt of gratitude. And, with strong beliefs, she made an effort to listen and care for those with whom she disagreed. Her legacy is the life she led and her memory will be a blessing. Rest in a well-earned peace.”

Sandy Galef (D), whose state Assembly district includes Philipstown
“Justice Ginsburg was a leader in our country for decades. We will miss her legal abilities and cooperative talent to accomplish those great goals of equality and justice for all. I was certainly not fully aware of all of her many accomplishments in the legal field until her book and the documentaries started to circulate. What a powerful woman and a role model for us all as we live our lives.”

HOW WE REPORT
The Current is a member of The Trust Project, a consortium of news outlets that has adopted standards to allow readers to more easily assess the credibility of their journalism. Our best practices, including our verification and correction policies, can be accessed here. Have a comment? A news tip? Spot an error? Email edito[email protected].