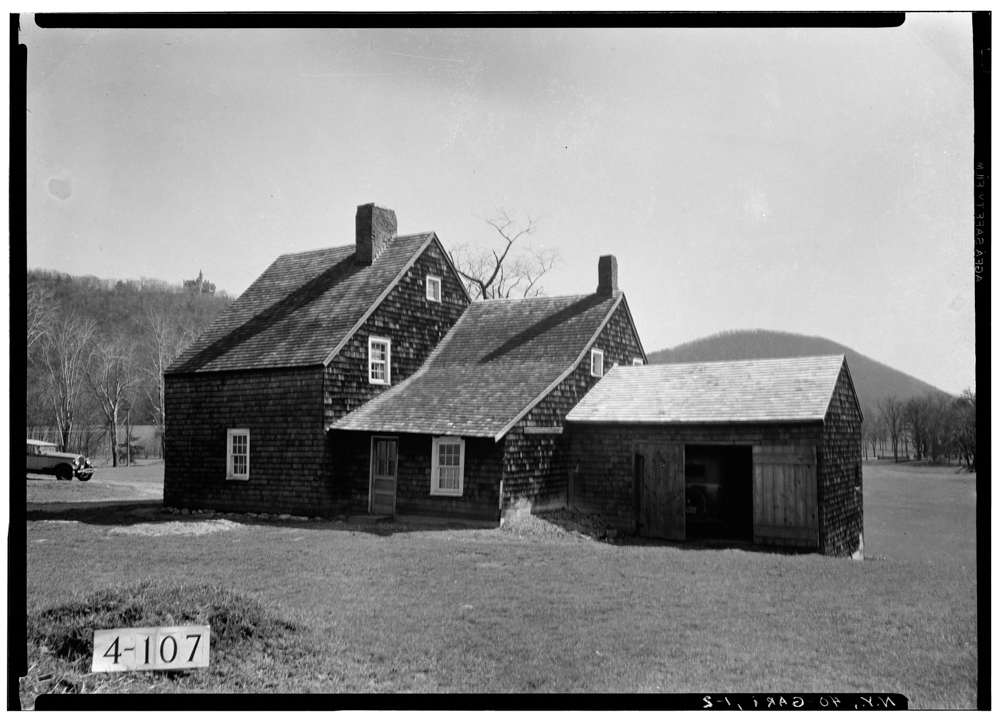 In January, I discussed in this column a query from Glynn Galloway Jr. about the Galloway family, which occupied a historic farmhouse in Garrison.

Since then, Glynn and I have been able to make some progress toward proving the link between John Galloway, a rope-maker from New York City and Orange County, and Thomas Galloway, the mysterious patriarch of the Putnam County branch. As is typical, the discoveries have come in bits and pieces. But I thought I would provide an update to demonstrate a strategy that might be helpful in tackling similar genealogical “brick walls.”

In 1810, Glynn’s ancestor, George Galloway (then about 30), was living in Philipstown next door to Thomas Galloway. Glynn makes the reasonable assumption that the men were brothers and the sons of Philipstown patriarch Thomas, who had disappeared by then from Orange County records.

Searching back a decade in the 1800 census, we find a Thomas Galloway, who was considerably older (age 45-plus), as a head of household in Philipstown. He lived next door to John Barton, who, 10 years later, would show up living near George and Thomas. A possible connection?

Before 1850, census records only include the name of the head of household and the gender and age range of other occupants. The household of the 1800 Thomas Galloway included a younger man, a wife and three sons and three daughters, all under 10. The timing would be right if this 1800 Thomas were a son of rope-maker John; and if 1800 Thomas had a son named Thomas, he would be the right age to be the head of the family in the 1810 census.

Glynn and I decided we needed to flesh out these families with additional records. A search among contemporary deeds in Orange, Dutchess and Putnam counties yielded only meager results but enabled us to learn more about the generations before the Galloways arrived in Philipstown.

We thought the farmhouse, which is now the greenkeeper’s lodge at the Highlands County Club in Garrison, might hold a clue. According to the Historic American Buildings survey, “evidence seems to place its date [of construction] at the end of the 18th or beginning of the 19th century. It is called Galloway farmhouse after a family of that name who occupied it — retainers of the owner named Arden — who held title until the property was acquired by the country club.”

However, we discovered this description is not accurate. The Galloway family appeared to own the property before the Ardens. The only relevant deed we uncovered was an indenture from 1813 for George Galloway and his wife, Sarah, of Philipstown mortgaging 67 acres to Nathaniel Sacket of Fishkill for $400.

The property is described as being bounded by the bank of a brook, a hemlock tree on the Hudson and the mouth of a gully. But the missing piece of this puzzle is how George Galloway came to own the property — was it given to his family in exchange for him serving as caretaker of the estate?

Looking for more deed references, we found Philip Ver Planck, Esq., of Philipstown, selling 1,000 acres of a farm plantation in 1823 to merchant Thomas Arden of New York City for $20,000. This property was said to be “commonly called the Beverly Farm,” and formerly occupied by William Henderson and most recently by Richard Arden. (This was the former residence of loyalist Beverly Robinson and the headquarters of Gen. Benedict Arnold at the time of his treason.)

So, while we don’t yet know how George Galloway came to own the property he mortgaged in 1813, the descriptions in the deeds and a comparison between an 1867 and modern map show that the locations match, thus we were able to establish that the Ardens arrived later than the Galloways. Over the years, because of the Arden family ownership, the area became known as Ardenia.

This is how research typically works with deeds. If only our ancestors had thought to include, “the son and grandson of…” in their descriptions.

LaRobardier is president of the Dutchess County Genealogical Society. Have questions? Email her at [email protected]