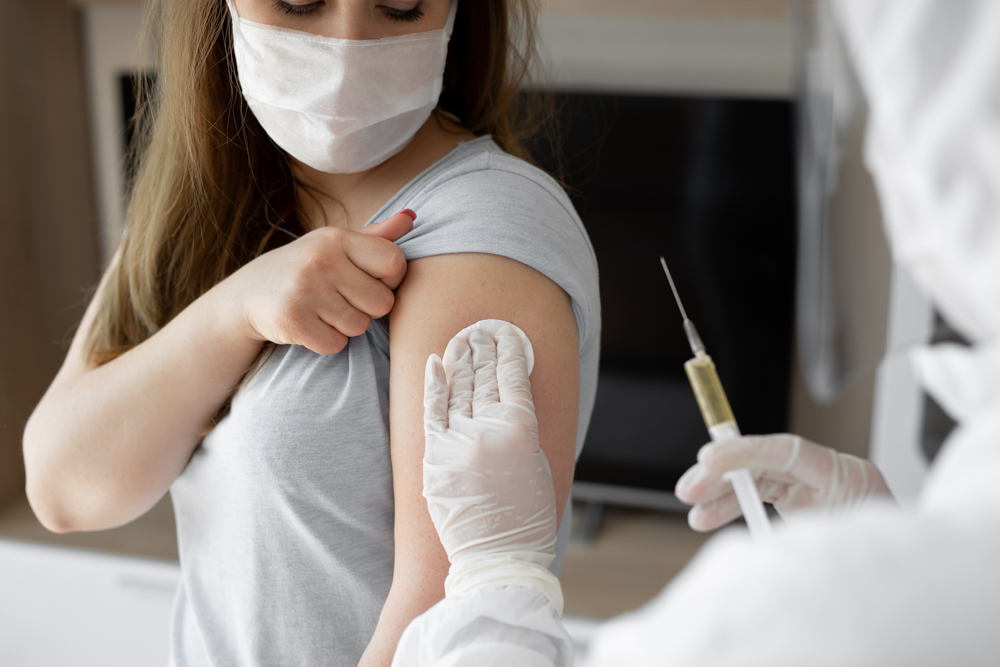 Many people are heeding the call to get vaccinated for influenza. (File photo)

The number of children and teens getting flu shots so far this fall at Gergely Pediatrics in Garrison has been “close to double” what it would normally be this time of year, Dr. Peter Gergely said on Monday (Sept. 28).

Enrique Reynoso, the owner of Beacon Wellness Pharmacy, said on Wednesday (Sept. 30) that 10 to 15 people a day had been coming in for shots over the previous week.

At Drug World in Cold Spring, there is a waiting list of at least 50 people, said Mark Snyder, its chief operating officer. The pharmacy is still waiting for vaccines ordered in the spring.

“There’s a massive shortage; we can’t get our hands on them,” he said.

It seems that Highlands residents are heeding the call from public health officials to get vaccinated against the flu, an annual appeal that has grown more urgent this year because of the lurking presence of another potentially deadly virus, COVID-19.

Influenza generally appears in October, with infections peeking between December and February and continuing into May, according to the Centers for Disease Control and Prevention. A vaccination with a shot or nasal spray is recommended for anyone aged 6 months and older, the agency said.

The CDC warns that a flu outbreak can strain a health care system already occupied battling COVID-19, which has infected more than 7 million and killed more than 206,000 people in the U.S. A record number of flu doses is being produced this year, according to the CDC.

“People are taking precautions, wisely, and we’ve had pretty good guidance here in the state of New York,” said Gergely. “People are doing all they can to mitigate at least the flu part of the winter. Everybody’s guard is way up this year.” 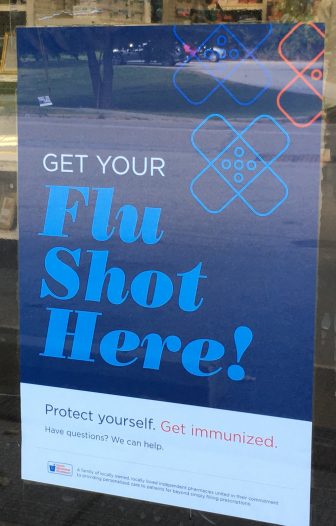 A sign in the window at Drugworld in Cold Spring (Photo by L. Sparks)

Reynoso said his pharmacy gave shots to 100 people during a recent flu clinic a local company organized for its employees. For employees without insurance, the company footed the bill, which “doesn’t happen every day,” he said.

Echoing Snyder, Reynoso said his pharmacy is beginning to have difficulty getting supplies of new shots.

“I have people getting flu shots who have never gotten shots before,” he said.

Drug World usually begins its flu season in mid-October, said Snyder. Already, the pharmacy has been flooded with families and seniors seeking a flu vaccine, a level of demand he could not recall seeing in recent years.

“It’s about staying as healthy as possible,” said Snyder. “This is just the year you don’t want to get sick.”

An overwhelming majority of the COVID-19 deaths have occurred in people with the kinds of existing health problems that make their weakened bodies more susceptible to severe symptoms and death if infected with the virus.

As of Tuesday (Sept. 29), about 90 percent of the 25,479 New York residents who have died from COVID-19 had an existing medical condition, with high blood pressure, diabetes, high cholesterol and dementia the top four conditions.

The same is true of influenza: It contributed to an estimated 34,000 deaths in the U.S. in 2018-19, according to the federal Centers for Disease Control and Prevention. But the CDC also estimates that the 49 percent of people in the country who got a flu vaccine prevented 4.4 million illnesses, 58,000 hospitalizations and 3,500 deaths.

The key difference between the two is that COVID-19 is much more contagious than the flu, and more deadly. And there is not yet a vaccine for COVID-19.

Children are not immune, and COVID-19 symptoms such as cough, fatigue, fever, headache and sore throat mirror flu symptoms. Gergely said he is prepared for an increase in patient visits because he expects children’s parents will receive a call from school for “every little sniffle, and every single little symptom” and will have to at least see a doctor or get their child tested.

“Parents should assume the worst and hope for the best,” said Gergely. “Better to get a negative COVID test that you didn’t need than not to have gotten it and create a super-spreader event.”

There is one silver lining: The masks people wear to avoid getting or spreading COVID-19 may also save them from a bout with the flu. The state’s mask mandate “is going to have also an impact on the flu,” predicted Anil Vaidian, Dutchess County’s health commissioner. “If people are diligent with the things that they’re doing, locally, the flu season should not be as severe.”

Where to Get Your Shot

For other locations, visit vaccinefinder.org.