A Putnam County judge this week temporarily shielded information about several people who may testify against a Philipstown man charged with killing his father after a prosecutor accused the defendant of intimidating potential witnesses. 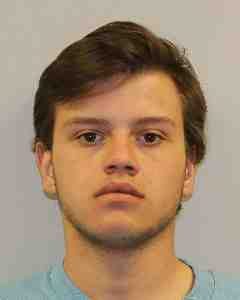 Louis Weber IV, 20, was arrested on Aug. 23 and charged with second-degree murder in the death on Nov. 4 of Louis J. Weber III, 72, in a fire at the Post Road Mobile Home Park south of Route 301. The elder Weber’s body was found in the remains of his home at 3 Fourth St. after the trailer was destroyed by the blaze.

In addition to the murder charge, which carries a maximum sentence of life in prison, Weber is charged with third-degree arson and tampering with physical evidence, according to court records. He pleaded not guilty on Sept. 11 and is being held without bail at the Putnam County jail.

Judge Joseph Spofford ruled on Tuesday (Oct. 13) that the district attorney could withhold details about some of the people interviewed by prosecutors until 30 days before the trial.

Under a state law passed last year, some evidence that prosecutors must turn over to the defense may be restricted if a judge determines there is a “risk of intimidation, economic reprisal, bribery, harassment or unjustified annoyance or embarrassment to any person.”

Larry Glasser, an assistant district attorney, asked the judge to withhold information on six or seven of about 30 potential witnesses until 10 days before trial. He accused Weber of instructing people by phone to approach witnesses, asking one person to “tell them that Lou says hi.” One witness, Glasser said, is “questioning his participation in this case.”

MaryJane MacCrae, Weber’s attorney, argued that Glasser’s request “certainly defeats the purpose” of the state discovery law. “There’s no showing that there’s been a direct threat to anyone,” she said.

During Tuesday’s nearly three-hour session, Spofford approved MacCrae’s request to hire an investigator and a forensic psychiatrist or psychologist. She also plans to request permission to bring in experts on arson and child sexual abuse, as well as an independent medical examiner.

MacCrae also accused the Sheriff’s Department of violating her client’s right to speak to her privately. The attorney said she has written Putnam County Sheriff Robert Langley Jr., the county Legal Aid Society and the American Bar Association protesting the procedures governing attorney visits with clients at the county jail in Carmel.

A jail guard stood “20 feet away” while she and Weber spoke, said MacCrae, which violated Weber’s right to have private conversations with his attorney, especially since the Sheriff’s Department is investigating the case. Spofford responded that he had no authority to order the sheriff to change jail procedures.

Weber’s next court appearance is scheduled for Nov. 10.