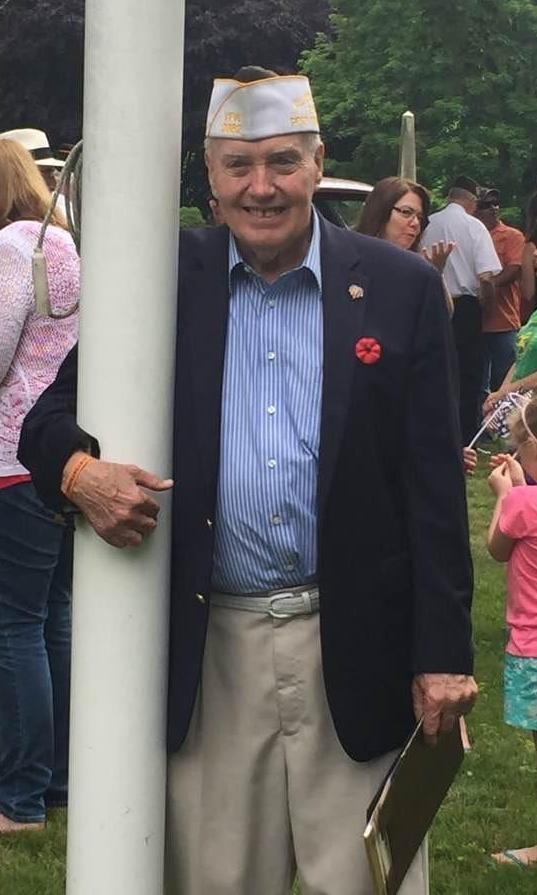 He was born in Nelsonville on Sept. 20, 1934, the son of Francis and Mary (Nevins) Schatzle, and raised there. He settled in Cold Spring after his marriage to the former Margaret McKenna.

Phil graduated in 1952 from Haldane High School, where he excelled academically, musically and athletically. He held a bachelor’s degree in science education from Albany State University, a master’s degree from Teacher’s College and an administration degree from SUNY New Paltz.

Phil taught chemistry for 38 years at Briarcliff High School. He was given the affectionate nickname “King Philip” by his students and was honored with a New York State Teacher of the Year Award. He also coached tennis and served on the Briarcliff Alumni Committee.

He joined the U.S. Army in 1956, at age 22, serving in Germany during the Korean War. He later joined the local American Legion and Veterans of Foreign Wars posts, and served as VFW commander for more than 10 years. In 2017 he was inducted into the New York State Senate’s Veterans Hall of Fame on a nomination by state Sen. Sue Serino, and in 2019 he was awarded the Putnam County Veteran’s Medal. In 2016 he was among a group of nine veterans who traveled to Washington, D.C., to see the national war memorials during a three-day trip sponsored by the Legion and VFW.

His family said he always looked forward to visiting the veteran’s hospital, selling poppies, planning the Cold Spring Memorial Day Parade and sending packages to soldiers and veterans during Christmas.

Phil was a parishioner of Our Lady of Loretto Church in Cold Spring, where he was baptized, served as an altar boy, usher, religious school teacher and member of the Knights of Columbus. He also was president of Philipstown Seniors for more than seven years, an AARP driver’s education teacher and a Cub Scoutmaster. He loved his community, his family said.

Phil had many interests. He enjoyed tennis, gardening, swimming, church services and his pets. He loved to play the piano and would perform for patients at the Rosary Hill Home in Hawthorne. For Christmas parties and events, he would dress up as Santa. He had a great sense of humor, his family said, and often told funny stories about growing up in Nelsonville.

Besides his wife, Margaret (“Big Peg”), he is survived by his children, Suzanne Schatzle, Philip Schatzle (Claudia) and Margaret Mary Schatzle (“Little Peg”), as well as a granddaughter, Arielle Schatzle-Lhotan, who called him “Poppy.”

He also is survived by his brother-in-law and sister-in-law, Packy and Betty-Ann Shields; a cousin, Terry Lahey; and his childhood friends Edward Englebride, Ray Champlin and Jimmy Cone. His four brothers died before him.

Calling hours will be held on Thursday (Oct. 22) from 4  to 7 p.m. at the Clinton Funeral Home in Cold Spring. A Mass of Christian Burial will be offered on Friday at 11 a.m. at Our Lady of Loretto on Fair Street.

Memorial donations may be made to the American Legion/VFW, c/o Tom Kivel, 3501 Route 9, Apt. E, Cold Spring, NY 10516. Comments may be left at clintonfh.com.

Information provided by the Schatzle family