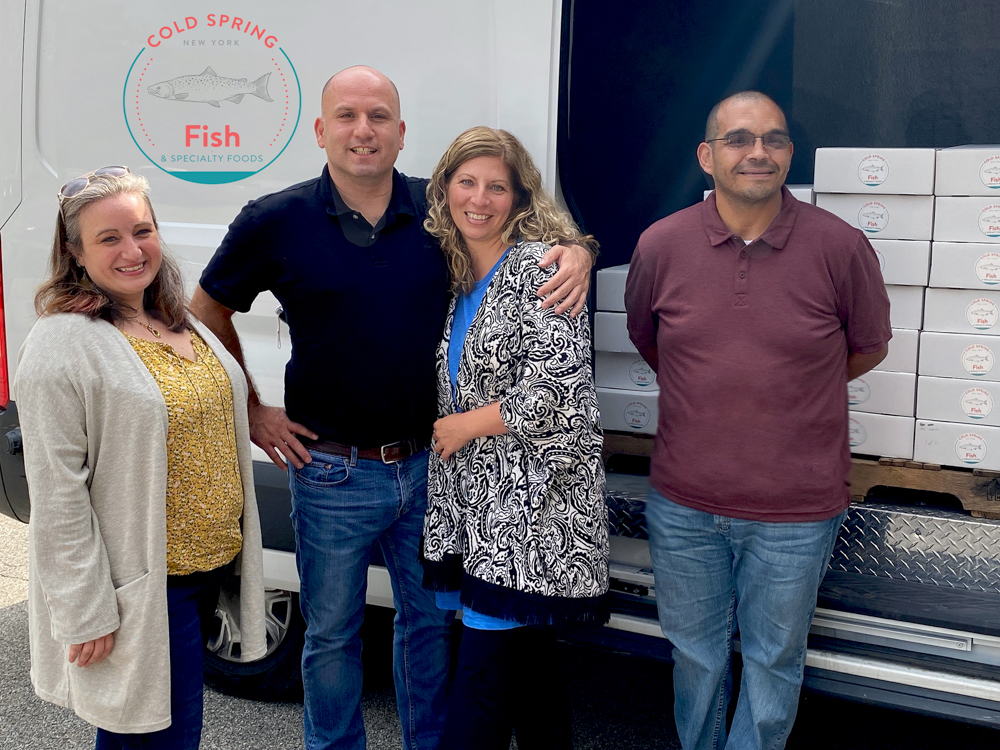 Though there is much farm-to-table bounty in the Highlands, there is far less fresh fish beyond what you can find at grocery stores or farmers’ markets.

The firm is an offshoot of Marterra (Spanish for “sea” and “earth”), a fish importer and distributor owned by Ralph Moran of Garrison. He launched Cold Spring Fish in March in part because the distributors he used to deliver to food-service clients shut down due to COVID-19 restrictions.

In addition, Moran says, “friends knew about my business and started asking if they could place orders. I told them I could, but the minimum orders would be too much for one family. So, they asked if we could put out an order list to see if there were enough orders to put together. Suddenly, there were a lot of requests.

“The first order was for 17 households, then the next week it jumped to 22, then 25,” he says. “It got out of hand fast, in a good way. It came out of nothing — Facebook and Instagram posts — I’m not savvy with that, but my wife is. But still, it caught us by surprise.”

Moran says he was able to switch gears quickly in response to the shutdown because he already had vague plans to begin a delivery service and a name in place. He and his wife, Alejandra Awad, asked a friend to design a logo, and they launched the website.

While Marterra was pinched by the loss of its food-service distributors, Moran says the retail business remained strong. “We sell to retailers like Fairway, Stop & Shop and many others across the country,” he says. “They know we’re always compliant with all the strict regulations which accompany sales of fish now. It’s a full-time job maintaining that compliance.” 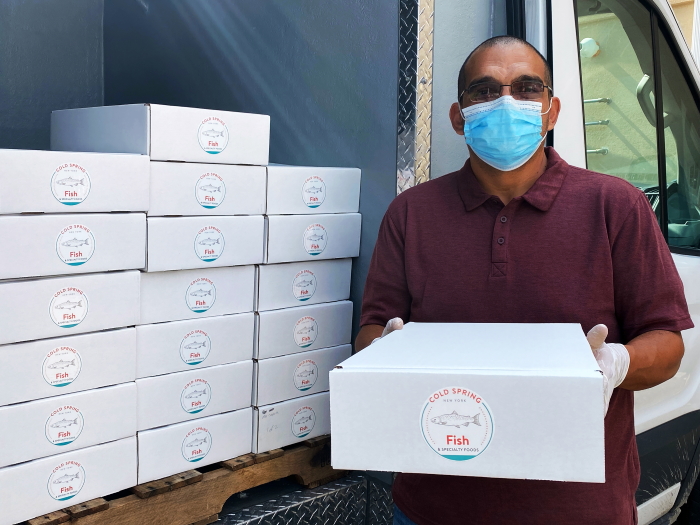 Moran began his career in fish in the mid-1990s, after he graduated from college. His family is from Chile and as a graduation gift his father gave him the opportunity to travel there. Moran stayed for a year, learning Spanish and exploring his roots. A relative worked in the fish industry and Moran became intrigued. When he returned to New York, he spent his days at the Fulton Fish Market.

“I learned the language of selling fish,” he recalls. “I learned the only way to make a living was to sell to wholesalers.” He founded Marterra in 1996. “The fish was flown to Kennedy Airport, then I’d have it picked up and distributed to the Fulton Fish Market.

“It’s a lot more complicated today,” he says. “There are way more FDA [Food and Drug Administration] regulations. You have to make sure that you are not selling any endangered species; the supply has to be sustainable. You have to constantly take the initiative to be aware and ahead of the rules.”

Marterra has a processing facility in New Jersey, where the orders are put together by logistics manager Johnatan Jativa, who doubles as the delivery man.

“We’re not a fish market; we want to deliver our fish directly from our sources, one of which is Marterra,” Moran explains. He cites an example: “Salmon arrives Wednesdays, off the plane from Chile. We deliver it to our customers on Thursday and Friday. It’s pretty amazing that in two or three days the salmon goes from Patagonia to your plate.”

The business has done so well that Moran and Awad have added freezer space near an office that Moran rented in Philipstown when the couple moved from New York City in 2011. They’re also thinking about a retail window. “Retail was never my interest, but I’d like something to show consumers what we’re about, and hiring local kids,” Moran says. “It could be an enjoyable way to connect with the community.”

Cold Spring Fish & Specialty Foods takes orders on Monday, Tuesday and Wednesday for deliveries to Beacon on Thursday and to Philipstown on Friday. See coldspringfish.com.

One thought on “Fresh Fish at the Door”