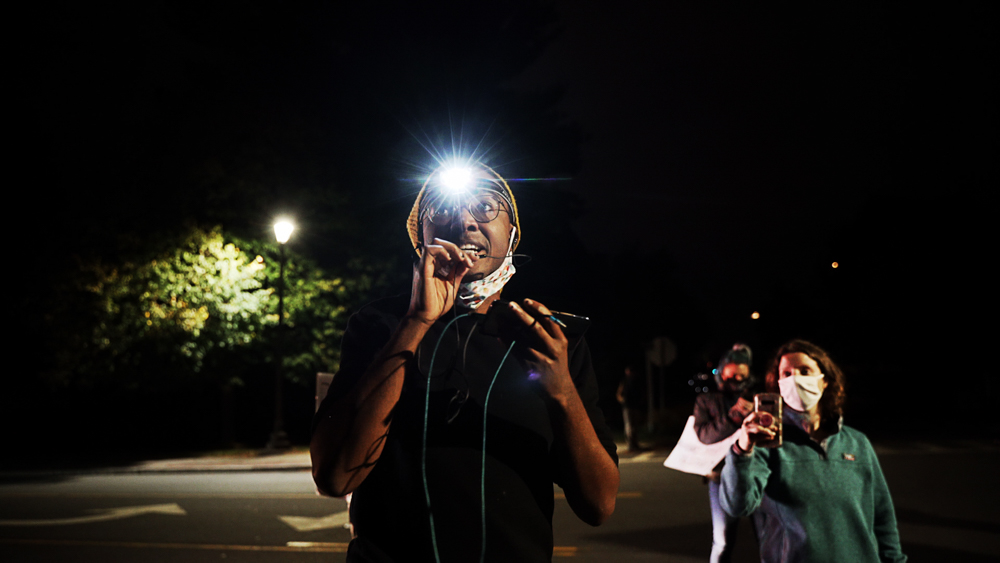 Protestors, including Justice McCray of Beacon 4 Black Lives, gathered outside the home of Mayor Lee Kyriacou on Monday (Oct. 19). (Photo by Natasha Scully)

But city says police funding increase not what it seems

About 25 demonstrators gathered outside the home of Beacon Mayor Lee Kyriacou on Monday (Oct. 19), while the mayor conducted a City Council meeting by videoconference inside, shouting and chanting their displeasure with a perceived increase to the Police Department budget.

However, during the council meeting, City Administrator Anthony Ruggiero said the 2020 budget did not include current salary figures for police officers because the city was negotiating a contract with the Patrolmen’s Benevolent Association, the police officers’ union. The budget was adopted in December, while the PBA contract was adopted in January and expires at the end of 2021.

Because of the negotiations, “when we put the [2020] budget together, it was based off 2018 salaries,” Ruggiero said.

Susan Tucker, the city’s finance director, said: “I’m not putting increases into the salary lines until a contract is settled,” noting that the anticipated spending was included in the 2020 budget in a contingency fund. 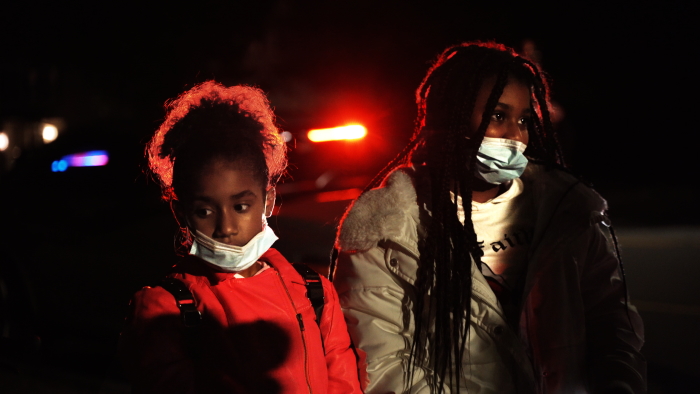 Protestors gathered outside the home of Mayor Lee Kyriacou on Monday (Oct. 19). (Photo by Natasha Scully)

If the proposed 2021 budget is adopted, spending on the Police Department would represent 26 percent of the city’s general-fund spending. (The water and sewer funds, which would have 2 percent increases, are budgeted separately.)

The council for the next several weeks will meet virtually with department heads to discuss budget needs; police and fire are scheduled for Monday (Oct. 26).

Ruggiero said on Tuesday that he would bring figures to that meeting to show what the 2020 police budget would be had it used salary figures from the current PBA contract.

An hour before that discussion, several people called in to the meeting while standing outside the mayor’s home, where the protestors were chanting and calling for Kyriacou to resign. During a 30-minute public comment period, 16 callers voiced their displeasure with the budget.

Callers said the proposal was a slap in the face after months of protesting following the death in May of George Floyd while in police custody in Minneapolis.

“It is almost beyond imagination at a time such as this that you would conceive of increasing the police budget,” said Matt Casey. “It is the exact opposite of what the community is asking you to do.”

Salaries aren’t the only component of the police budget established by contract.

Kyriacou’s 2021 proposal includes an increase of nearly $77,000 in police pension costs that are calculated using a state formula based on salaries. In addition, the union contract calls for a minimum of four officers — a sergeant, front-desk officer and two patrol officers, along with the chief and a lieutenant — on duty for each shift, other than the overnight shift, which requires additional officers.

If the city were to downsize the Police Department, the contract’s per-shift requirement would not change, and the remaining officers would have to work overtime to meet the requirement, Kyriacou explained. 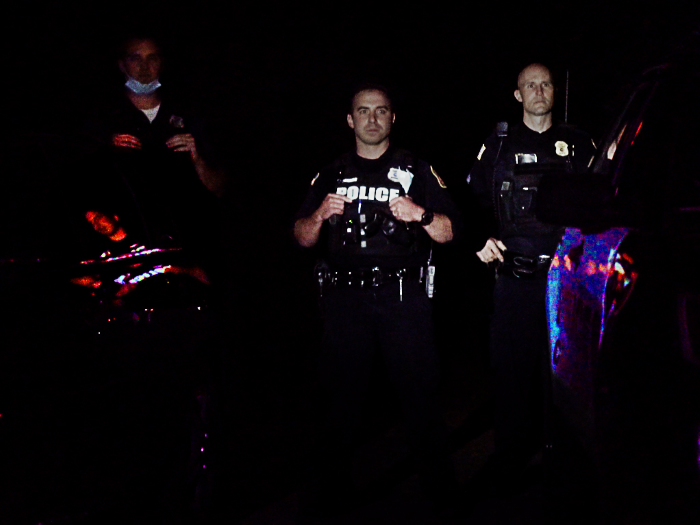 “Our ability to affect staffing in the Police Department is affected by collective bargaining,” he said. “Right now, if we are to reduce staffing, it will simply increase 150 percent in terms of overtime.”

The proposed budget does eliminate the department’s K-9 program — the officer will stay but the dog will not.

Several callers Monday night criticized Kyriacou for other elements of the budget, including the decision to not raise taxes to the maximum allowed under a state tax cap and a $25,000 reduction from last year in the Recreation Department’s budget.

The recreation decrease, Ruggiero said, is due to the city not hiring as many after school counselors as it typically would because of the pandemic shutdown. There are no cuts in the department’s services or programming, he said.

Kyriacou addressed taxation during the meeting, calling property tax “one of the most regressive taxes we have.” Because buildings with more than three apartments are considered commercial properties, rather than residential, they are taxed at a 30 percent higher rate, he said.

“In the current real-estate market, with low vacancy rates, any tax increase is fully passed along to renters,” the mayor said. “It’s one of the reasons to be careful. Some people can say ‘I’m happy to pay additional tax,’ and I’m one of those people, but you meet people on fixed income, especially seniors. People of fixed income are hit in exactly the same way as people of substantial means. We end up losing people for that reason. It’s not that straightforward.”

After meeting with the fire and police departments on Monday, the City Council is scheduled to confer with the heads of the highway, water and sewer departments on Nov. 12. A public hearing on the budget will take place Nov. 16. The council must adopt the budget before Dec. 31, although the vote has historically been earlier in December.

“I know there’s a lot of frustration,” he said. “This [budget] process is a very tedious one. Think of it as a family road trip. You’re figuring out what to take with you, and along the way you’re going to take things out and remove things that are not necessary. Be patient. This is going to take a while but we’re going to get there.”

The original version of his post stated that the mayor's proposed 2021 budget included “an increase of nearly $77,000 in police pension costs that are also negotiated with the city.” In fact, the pension costs are calculated using a state formula based on salaries. This has been corrected in the story.