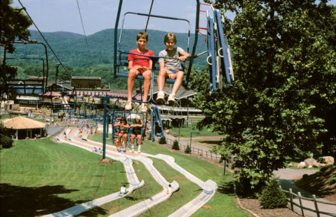 As a child, Seth Porges visited Action Park several times — and lived to tell about it.

The amusement park, which opened in 1978 in Vernon, New Jersey, about an hour from Beacon, was well-known for what it lacked, which was basic safety protocols. This past August, a 90-minute documentary about the park, which the Beacon resident wrote, produced and co-directed, was released on HBO Max, where it immediately became the streaming service’s top draw. 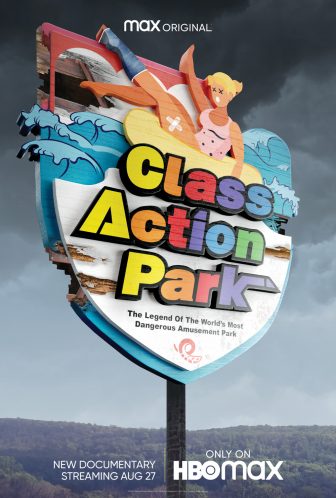 In the film, Class Action Park, one person summed up the park this way: “Imagine teenagers you know right now opening an amusement park — that’s what it was.” Another interviewee called it the “chaos summer park, with too much alcohol and too little oversight.”

Judging from local response to the film on social media, Action Park looms large in the memories of many past and present Beacon residents who visited during the 1980s and early 1990s.

Porges, who was raised in Washington, D.C., brought his own memories to the project. “Action Park was a freewheeling chaotic experience, in the guise of a gated amusement park,” he says. “The rides looked ripped from my 7-year-old imagination — a doodle a 6-year-old would draw in the margins of a notebook. As I got older, I wondered, could these memories possibly be real?”

“You might wonder how could people go to this deathtrap, but that’s why they went,” he says.

Porges first examined Action Park as the writer of a short 2013 documentary that went viral online. That response led Porges to more sources and stories, which, collectively, led to the feature-length film.

“In 2019, I got together with my friend Chris Scott, and he asked me why I hadn’t done anything bigger,” Porges says. “I said I needed a collaborator, and a month or two later we had cameras rolling.” 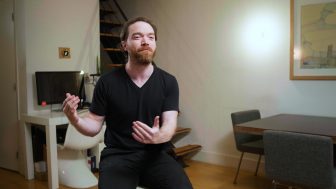 The film intersperses vintage footage of the park with interviews. As they filmed, Porges says the arc of the story bent in ways that he had not foreseen. An interview with the members of the Larsson family, whose 19-year-old son and brother, George, died on an Action Park ride in 1980, shifted the content from its original rosy, nostalgic glow to cover-ups, criminality and tragedy.

“Until that point, a lot of the danger and death felt very abstract,” Porges recalls. “Once we heard them tell their story, I felt ashamed at having laughed about what happened at the park, and my perception changed quickly. That experience became immensely important when we began shaping the film.”

The teenagers who flocked to the park in the 1980s are now middle-aged. Their memories provide much of the film’s dark humor, as do short animations. Most seesaw between fond remembrances and disbelief. One after another of the rides is pronounced — with a grin — “the most dangerous one.”

Here’s one person interviewed in the film, Chris Gethard, talking about the Colorado River Ride:

“Everybody talks about Tarzan Swings, Cliff Dive, Cannonball Falls, [but] Colorado River Ride may have been the most underrated dangerous ride. They would just let the laws of physics take over, which sometimes meant you would fly really fast, and sometimes meant that you would get stuck at certain points on the ride that they hadn’t designed all that well. And then you would get punted by another tube. That thing was just a fucking whiplash machine. There was no rhyme or reason.” 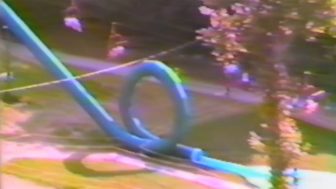 A water slide that ended with a loop

Along with the bemused looks back, the film dives into the story of Action Park’s founder, Gene Mulvihill, who, in his enthusiasm for coming up with outrageous attractions, flouted such niceties as safety and insurance coverage. He also was accused of money-laundering and other crimes. That contributed to the demise of the park, which went bankrupt and closed in 1996. It is now a far-tamer water park called Mountain Creek.

Porges says he can’t imagine another Action Park. “We live in an era where kids don’t go outside as much,” he says. “In the ’80s they were running free, scraping their knees, going to Action Park. We look back at our childhoods as carefree. We didn’t have jobs, we didn’t have to answer to anybody. We look at Action Park and remember this heightened version of it where we could do whatever we wanted.”

In the film, Porges offers a more tempered take: “Whether you grew up in the ’80s or another decade, a lot of people’s growing up was laced with darkness. In retrospect, there are a lot of ‘How did I survive?’ moments.” He later added: “Back then, when parents opened their doors they were truly letting their kids out. You wonder why the latchkey kids then are today’s helicopter parents? Action Park gives us a way of understanding it.”

Porges says the Larsson family liked the film, despite their personal loss. “They trusted us; they told us nobody had ever reached out to them,” he says. “Their story had been repeated in a fictitious manner, and when we called, they said, ‘We have things to say.’”

Class Action Park can be streamed at hbomax.com, which is free for seven days and then $14.99 per month, or it’s included in HBO subscriptions through providers such as Hulu and Optimum. The trailer and more information is online at classactionpark.com.

3 thoughts on “The Most Dangerous Amusement Park in the World”