Workers grow accustomed to being home

Since March, there have been plenty of seats on the rush-hour trains to and from Grand Central and Beacon, Cold Spring and Garrison.

Last year, Metro-North recorded 1.84 million round trips from Beacon, 382,220 from Cold Spring and 220,722 from Garrison. A month into the COVID-19 shutdown in April, those numbers had fallen by 98 percent.

Ridership has bounced back somewhat in recent months, but the number of passengers across the system is still down nearly 80 percent on weekdays and about 57 percent on weekends from a year ago, according to the railroad.

Metro-North has instituted 24-hour off-peak fares to lure commuters back, but a representative for the railroad said the impact on ridership is not yet clear.

The Metropolitan Transportation Authority, which operates Metro-North, the Long Island Railroad and the New York City subway and bus systems, has asked the federal government for $12 billion in aid to offset what the state comptroller has called the worst financial crisis in the agency’s history.

Last month, Patrick Foye, the chief executive officer of the MTA, said that, without federal funds, the agency may have to eliminate more than 7,000 jobs and cut service on Metro-North in half. 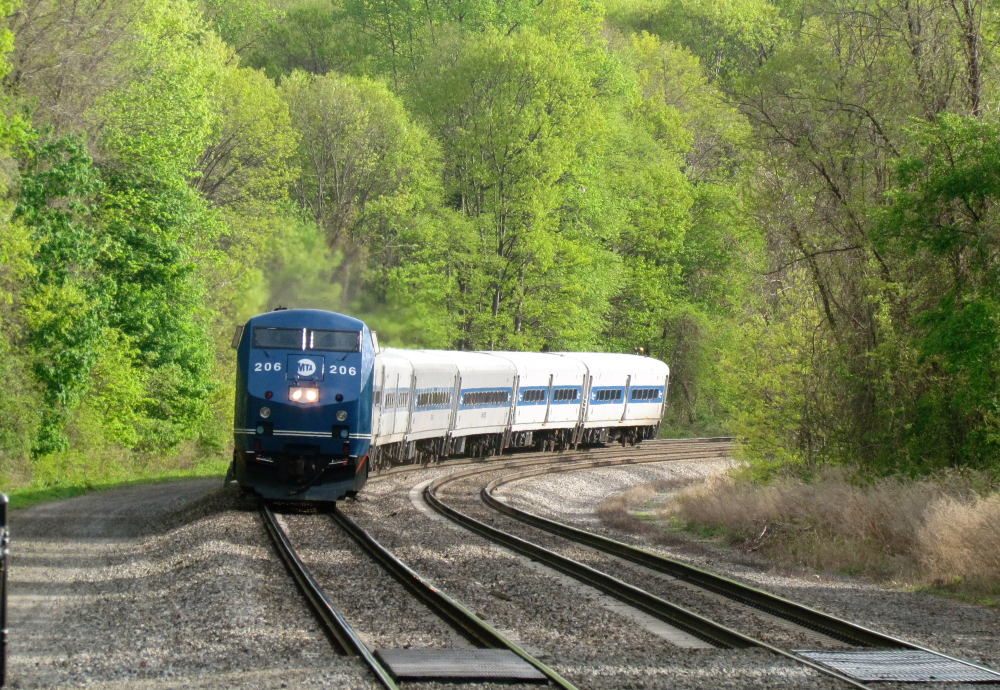 Ridership on Metro-North has dropped by about 80 percent on weekdays. (File photo by M. Turton)

For people who bought homes in the Highlands just before the shutdown, “it never occurred to them they were buying a house that would become a remote workplace,” said Bill Hussung, the owner of McCaffrey Real Estate in Cold Spring. “They had assumed they’d commute — and now they just don’t.”

Travis Fyfe and his wife, Molly Admana-Fyfe, who moved to Cold Spring 13 years ago, both commuted before the shutdown. Travis took Metro-North daily to Manhattan for his job as a construction project manager. Molly, an apparel designer, drove to Secaucus, New Jersey.

When the shutdown began in March, Molly began working from home, while Travis changed his commute to driving into the city once a week. By July, Molly had returned to work in New Jersey twice a week and Travis began driving to his worksite on Tuesdays and Wednesdays.

Working remotely has affected them differently.

Travis said he works more hours but is more available to his family. “I can take my daughter to school, pick her up and stay connected to work by phone,” he said. “It’s a small amount of time with her but a huge plus for me.”

Being in the village more has also enabled him to join the Cold Spring Fire Co. “Working at home means I can respond to calls,” Travis said. “If work gets interrupted, I get it done later.”

By contrast, Molly said working remotely has not translated into more family time, noting she now works 12- to 16-hour days.

Both believe that once COVID-19 is conquered, they will resume working full time at their jobs.

But Neal Zuckerman, a Garrison resident who is Putnam County’s representative on the MTA board, wonders if commuting patterns will ever be the same.

“We may not work in New York City five days a week the way we used to,” he said. He wondered if Putnam County offers enough office space, coworking opportunities, digital access and ways to gather and socialize “that can make up what was the commuter’s work life.”

Putnam, he said, has “a great opportunity to reinvent and blur that line between ‘work’ and ‘home’ for the betterment of our community.”