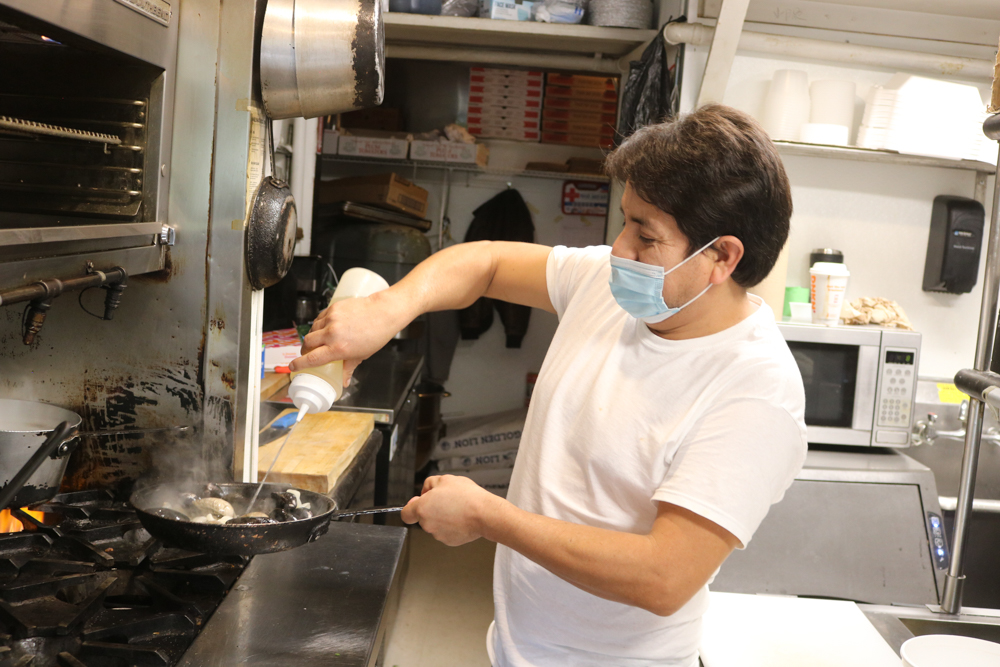 It’s been a long journey for Manuel “Manny” Morocho.

Now 38, he began his working life at age 14 as a landscaper in his hometown of Giron in southern Ecuador. Two years later, he traveled more than 3,000 miles north to join other members of his family in the U.S., where he began a new life — and a new career in the restaurant business.

Today, Manny and his brother Patricio are the owners and operators of Angelina’s Restaurant and Pizzeria in Cold Spring. Patricio works the front of the house while Manny is the self-taught head chef. Another brother, Victor, followed a similar path and owns La Famiglia Bar and Grill in Carmel.

Angelina’s has long been a popular eatery in the village, specializing in pizza, but the brothers are making their own mark since taking over the business last summer from Kamel Jamal, who owns three Beacon restaurants.

It was a natural transition for Morocho, who worked in the kitchen at Angelina’s even before Jamal purchased the restaurant about 13 years ago.

Manny and Patricio have kept Angelina’s popular, traditional items such as burgers and pizza, including the “pizza from Mars,” but, inspired by Victor’s menu in Carmel, they have expanded their offerings to include more than a dozen new entrees.

Asked if he also enjoys cooking at home, Manny said, “I have no choice; I’m not married!” He enjoys making pasta, pork, rice and beef. “Whatever I cook, I want to make it the best,” he said.

The brothers have applied for a liquor license, but until it is approved customers can bring their own wine.