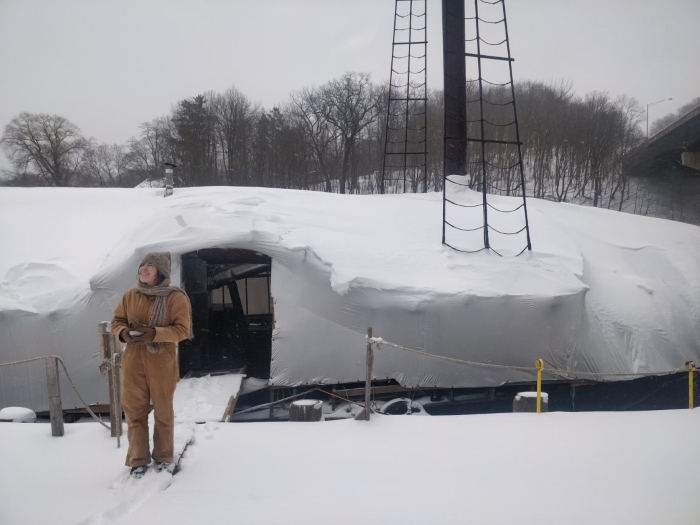 RIVER IGLOO — Brigid Slattery, a Clearwater crew member, stands outside the sloop at its berth at the Hudson River Maritime Museum in Kingston on the morning after last week’s storm. (Photo by Capt. Nick Rogers/Clearwater) 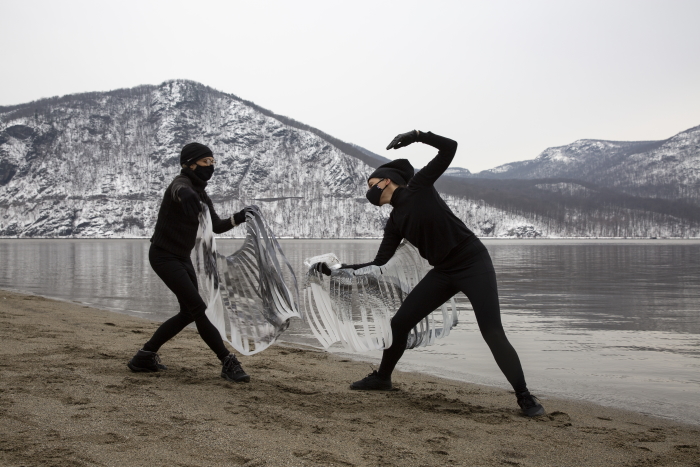 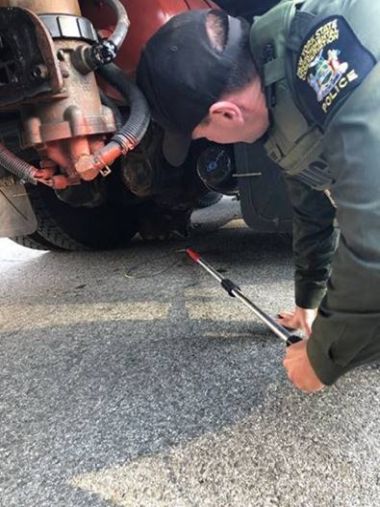 COYOTE RESCUE — On Dec. 3, a state environmental conservation officer was on patrol in Putnam County when he received a call about an injured coyote underneath a state Department of Transportation truck. The injured animal, stuck between two rear tires, was too frightened to move. The officer used a catchpole to coax the animal from under the truck; it scampered into nearby woods and was expected to recover. (DEC)