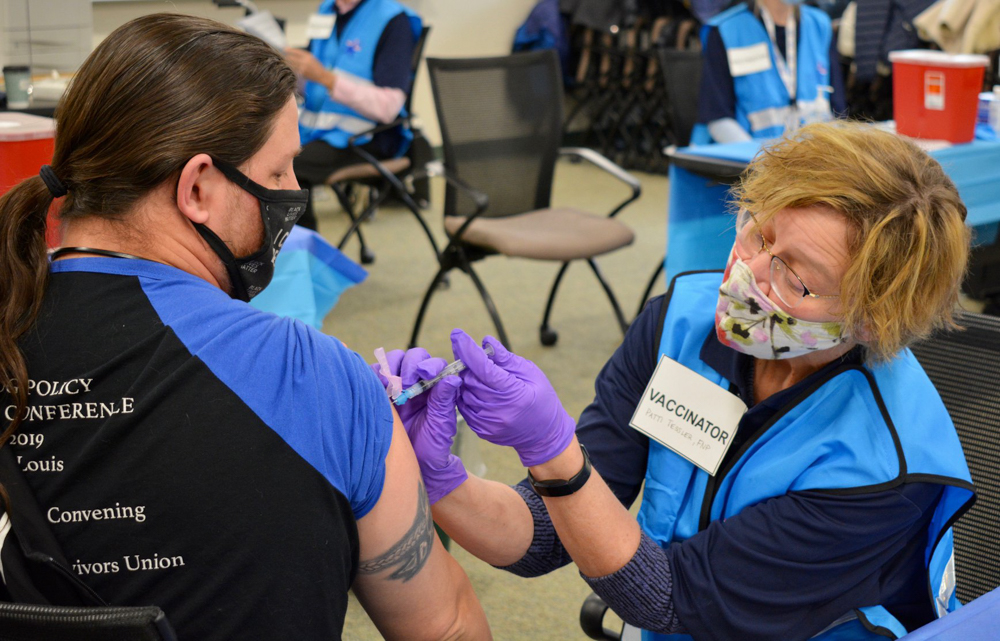 Patti Tessler, a member of the Medical Reserve Corps of Dutchess County, administers a vaccine on Tuesday (Jan. 5).

Residents 75 and over can reserve at state site on Monday

Dutchess and Putnam County officials have started administering the first of what will be weekly allocations of COVID-19 vaccines, and the state is launching a new website where people eligible to receive shots can make reservations starting on Monday.

Dutchess County received 200 doses to inoculate the employees and volunteers who will be administering vaccines to others, said County Executive Marc Molinaro during a news conference on Tuesday (Jan. 5) organized by the New York State Association of Counties.

On Saturday (Jan. 9), Dutchess announced that people currently eligible under Phase 1A and 1B (see below) under the state’s distribution plan can make appointments to receive shots at three points of dispensing, or PODs — two in Poughkeepsie and one in Dover Plains — from 10 a.m. to 4 p.m. starting on Wednesday (Jan. 13). The county is also partnering with the Nuvance Health System on another POD at Northern Dutchess Hospital in Rhinebeck.

Putnam administered 251 of its first 600 doses on Thursday (Jan. 7), said County Executive MaryEllen Odell in a statement. Residents and staff at mental health and substance-abuse facilities and facilities for people with developmental disabilities were the first recipients. Putnam will set up PODs initially at senior centers, Odell said, and add more sites as vaccines become available.

Putnam’s first vaccination clinic will be held from noon to 4 p.m. on Monday (Jan. 11) at the Carmel Friendship Center for people eligible under Phase 1A (see below) of the state’s distribution plan, a group that includes high-risk healthcare workers and nursing home residents and staff. Those eligible must pre-register, and bring proof or residency and employment, or a professional license.

The county PODs will be one piece of a “retail” network of vaccination sites that Gov. Andrew Cuomo said the state is setting up for essential workers and the general public. In addition to county health departments, the network will include community health centers, pharmacies, urgent-care clinics and primary-care doctors, he said.

In addition, Cuomo signed an executive order to allow non-traditional vaccinators such as dentists, midwives, podiatrists and “certain eligible students” to be trained to administer shots at PODs.

The state has enrolled 3,762 vaccination sites so far, including 549 in the Mid-Hudson Region. Of those sites, 636 (including 104 in the Mid-Hudson) have received doses to vaccinate health care workers in conjunction with hospitals.

Cuomo said on Friday (Jan. 8), that the state will launch a website where groups currently eligible for shots can make reservations to be vaccinated at the nearest location. In addition to healthcare workers, the group now includes first responders, teachers and other education workers, and 1.4 million people 75 and older. 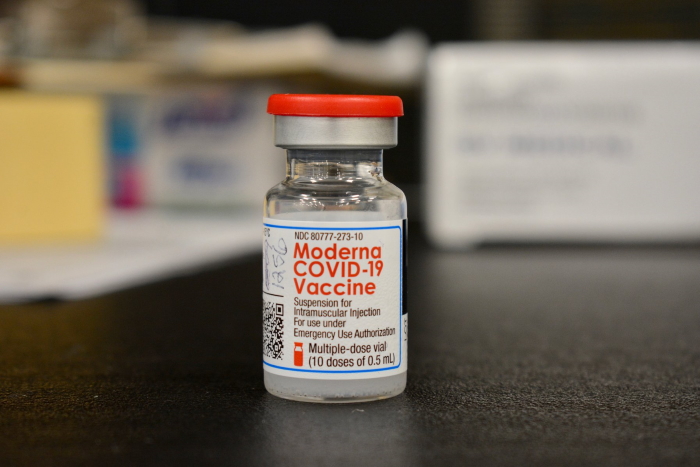 The announcement came amid criticism from county leaders over a “hub” system the state created in which a hospital in each of its 10 regions would coordinate distribution for that region’s counties. Westchester Medical Center is the hub for the Mid-Hudson Region, which includes Dutchess and Putnam.

Molinaro and other county leaders had argued that the state should instead “activate” emergency vaccine-distribution plans that the counties created post-9/11 and have updated yearly to account for new viruses. The most recent update took place in October to account for COVID-19, he said.

Hospitals “treat sick people” and do not have the infrastructure for mass vaccinations, Molinaro said on Tuesday. He and other county executives had pressed the state to “open the spigot just a little bit” by allowing people 75 and older who have critical health needs, and first responders like police officers and firefighters, to be vaccinated.

“The State of New York decided to create an entirely new expectation with no infrastructure to support it,” said Molinaro, who is president of the New York State County Executives Association, on Tuesday. “They are building this operation as its running, and it’s a mess, and it doesn’t have to be.”

New York State began the first phase of its multi-phase vaccination program on Dec. 15, distributing vaccine allotments to hospitals for front-line medical staff, who were designated as the first priority for vaccinations.

In addition to frontline health care workers, coroners, local health department staff, paramedics and urgent-care employees were among the groups initially eligible to receive vaccines. Officials are hoping the general public can begin getting shots in the spring.

As with other states, New York drew criticism over the pace of vaccinations.

As of Friday, the state had been shipped about 1.2 million doses of the two vaccines approved for use, one created by Pfizer-BioNTech and the other by Moderna. Both vaccines require two shots given weeks apart, and about 435,000 people in New York have received their first shots, according to the federal Centers for Disease Control and Prevention.

Peter Ajemian, the governor’s communications director, had said in a statement on Thursday (Jan. 7), before Cuomo’s new announcement, that after discussing vaccination efforts with local officials, he wanted to clarify that police officers were not “health care workers” who qualified for the vaccine as part of the first group, even if they know CPR. He noted that New York City alone has 917,000 eligible health care workers.

Ajemian also said the while police officers were included in the next group to be eligible, along with teachers and residents ages 75 and older, the state “will not allow prioritization of one group over another” in the cohort, which includes 3 million people. 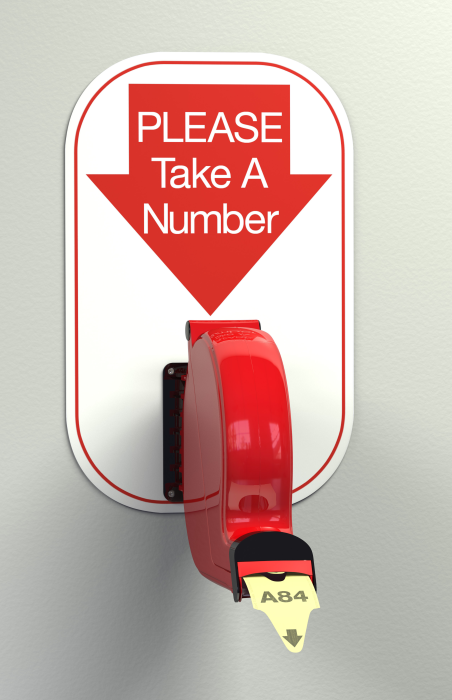 Your Place in Line

New York State has established priority groups for COVID-19 vaccinations. The state has created an online tool to determine eligibility.

While Cuomo said New York State needs more than the 300,000 vaccines it is receiving each week, he has also accused hospitals of being slow to use the allotments of vaccines already received and has criticized the speed at which nursing-home residents and staff are getting shots under the federal program, which is mostly relying on CVS and Walgreens.

On Monday, Cuomo threatened hospitals with $100,000 fines and a ban on receiving additional vaccines if they did not use all of their doses by the end of the week. Hospitals have also been told to return unused vaccines if all of their employees have received shots. Healthcare providers were also told they could face fines of up to $1 million and the loss of their license if they vaccinated groups not yet cleared by the state.

During the NYSAC news conference, Molinaro and other county executives defended hospitals.

Chris Moss, the county executive for Chemung County, said a hospital there began “making phone calls at 7 o’clock at night” as it rushed to schedule vaccinations for firefighters, police officers and residents 75 and older — none of whom are eligible at the time — to avoid any state fine. 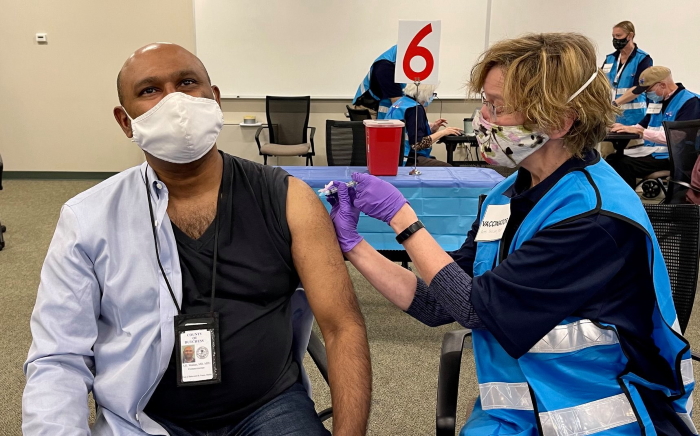 He also advocated giving private health companies such as CareMount approval to inoculate their workers and begin to offer shots. Those firms have a mass-vaccine infrastructure, Molinaro said.

Cuomo on Wednesday said hospital vaccinations had tripled, from 10,809 per day to 31,157, in the two days after his demand that they vaccinate more staff. NewYork-Presbyterian, whose system includes Hudson Valley Hospital in Cortlandt Manor, had used 99 percent of its allocation as of Wednesday, according to the state. Vassar Brothers Medical Center in Poughkeepsie had used 37 percent of its allocation, the state said.

Vaccinations at nursing homes have “not been going as quickly as we would have liked,” with about 47 percent of residents having received their first dose, Cuomo said on Monday. The state is going to step in, with a goal of getting every nursing home resident at least their first shot within two weeks, he said.

One thought on “Dutchess, Putnam Give First Vaccines”