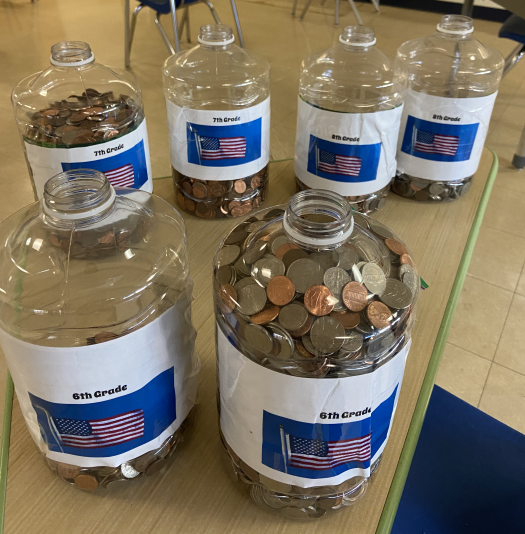 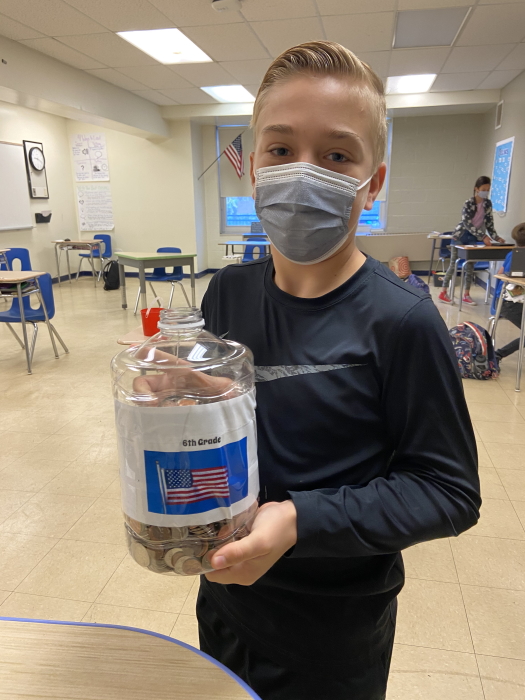 CHANGE AGENTS — The sixth grade won a recent Middle School Penny Wars competition at the Garrison School, with $411.06. The seventh grade raised $232.56 and the eighth grade $221.51. (Sixth grader Trey Murphy holds one of the containers for his class.) Krista DiDiego, a guidance counselor at the school, noted that the seventh and eighth graders did a good job bringing in change but collected a lot of silver coins, which lowered their point totals. The proceeds were donated to the local chapters of the American Legion and Veterans of Foreign Wars. (Photos provided) 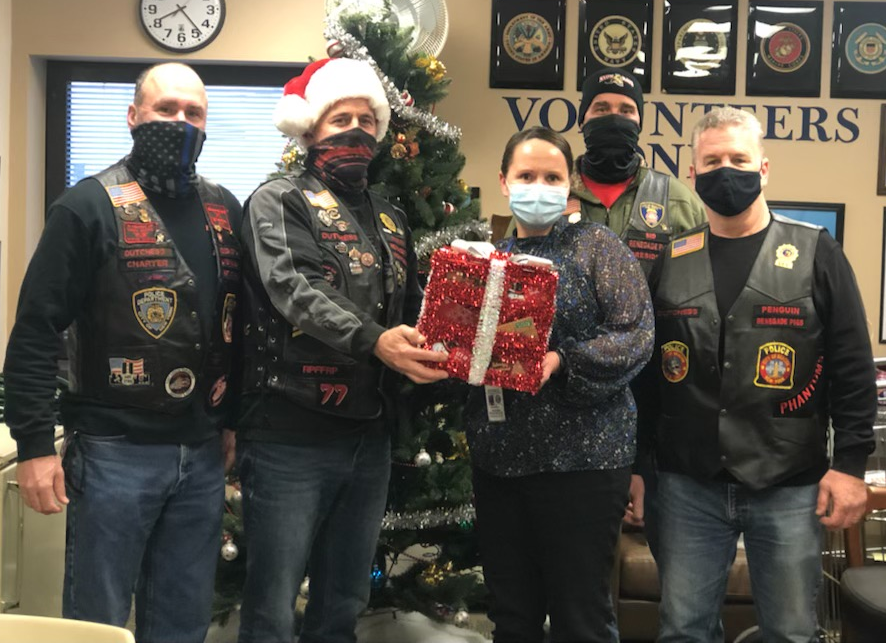 ANNUAL GIFT — Mike DeRosa, Bob Simmonds, Gary Simmonds and Mark Thomas stand with Dorothy Trimmer, the women’s veteran program manager for the VA Hudson Valley Health Care System at its Castle Point campus, on Dec. 29 to present a donation of 32 gift cards, each worth $20, from a local department store. The men are members of the Dutchess County chapter of the International Renegade Pigs Motorcycle Club. It was the group’s sixth annual donation to female vets. (Photo provided)