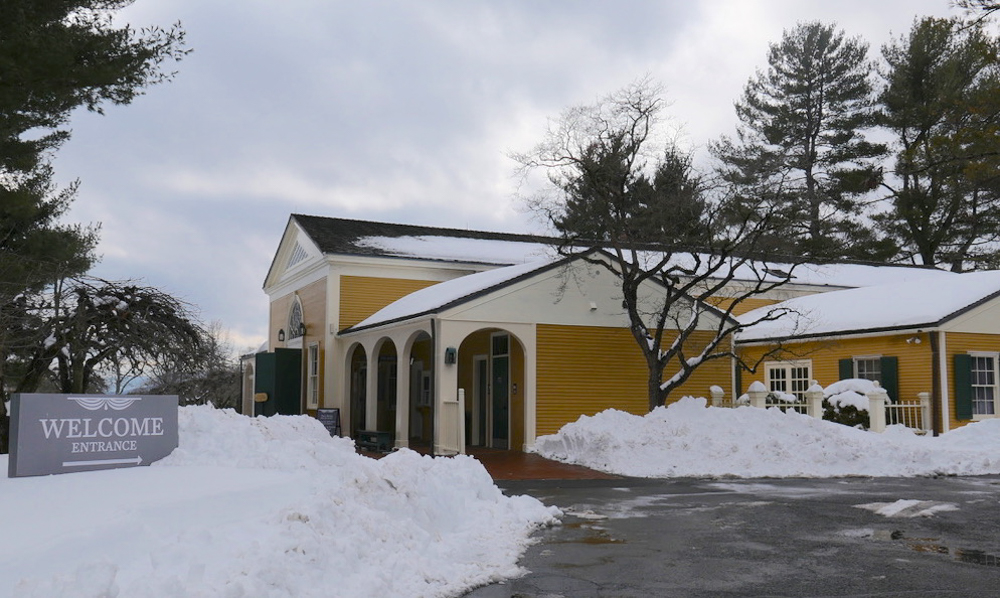 Boscobel, the historic site in Garrison, is conducting the first comprehensive review of its master plan since 1959, two years before it opened.

Everything from parking and the entrance to conference rooms, restrooms and gallery space will be scrutinized at the site, which is known for its Federalist mansion, gardens and views of the Hudson River.

Boscobel officials have reviewed elements such as traffic and utilities over the years, but the new study will be the first major review in more than 60 years. The effort has been both challenged and assisted by the pandemic, said Jennifer Carlquist, Boscobel’s executive director and curator. 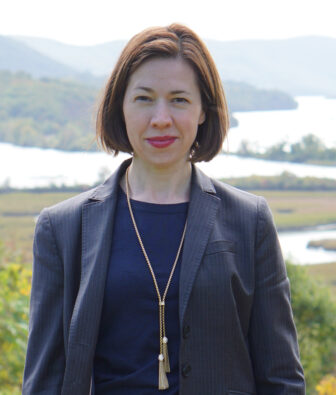 “The curtailing of our seasonal programming has helped us laser-focus on master planning,” she explained. “We’ve been able to look around at the site and think, ‘We can do so much more than this.’ ”

One goal is to make sure all buildings on the site “always reference the landscape,” Carlquist says. “After all, glass is used in a third of the house, which shows us how important the landscape was to the people who lived here. Plus, landscape is featured on so many objects in the house — on ceramics, on canvases.”

Boscobel’s membership grew to record numbers in 2020, Carlquist says, which she saw as evidence that people “don’t sign up to get a discount [on admission], they sign up because they want the place to be healthy and to support a place they love. We were right to focus on the landscape but we realized just how much during the pandemic. People would come on the grounds and just weep, tearing up seeing neighbors at the Cold Spring Farmers’ Market [held every Saturday in the parking lot] or doing yoga or painting — it’s a whole new level of appreciation.”

She said Boscobel plans to update its visitors’ center and make it more accessible to meet the standards of the Americans with Disabilities Act. She also said Boscobel needs to figure out how “to leverage its beauty as a tool to talk about things like the American Revolution or sustainable practices in history and landscape, with the goal of broadening our audience. We need to take in this sweeping majesty and determine how it connects to everyday humans, on a personal scale. It’s about using design to connect to human dignity. 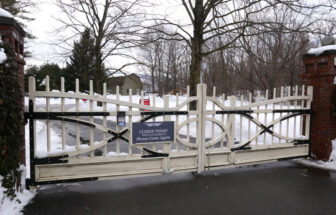 The entrance to Boscobel (Photo provided)

“Our house and collection have been updated, but our landscape hadn’t been given to curatorial devotion,” she added. “Landscapes always change, but the question is, Is it a cultural change, a created change or a climate change? We’re also looking for the best place on-site to introduce a native meadow and at how we can expand the Pollinator Pathway [which connects green spaces for native pollinators], which the Philipstown Garden Club began.”

The Hudson Valley Shakespeare Festival, which has offered summer performances under a tent erected near the Boscobel lawn for more than 30 years, plans to depart in 2022 for new digs. Carlquist said Boscobel has expanded its partnership with the nearby Constitution Marsh Audubon Center and Sanctuary and is exploring others with schools, dancers and organizations wanting to hold conferences.

Carlquist said Boscobel is trying to make “data-driven, thoughtful choices,” but the pandemic has created financial challenges. Although it received federal pandemic-relief funding and grants from the Museum Association of New York, the Greenway Heritage Conservancy and the Preservation League of New York, Boscobel had to cut staff. “It was heartbreaking to have to furlough and lay people off, some after many years,” she said.

The grounds at Boscobel, located at 1601 Route 9D, are open during the winter on Saturday from 10 a.m. through 6 p.m., with online reservations. Admission is $12 ($10 for seniors and $6 for children and teens, free for members, health care workers and children under 5). See boscobel.org/visit.