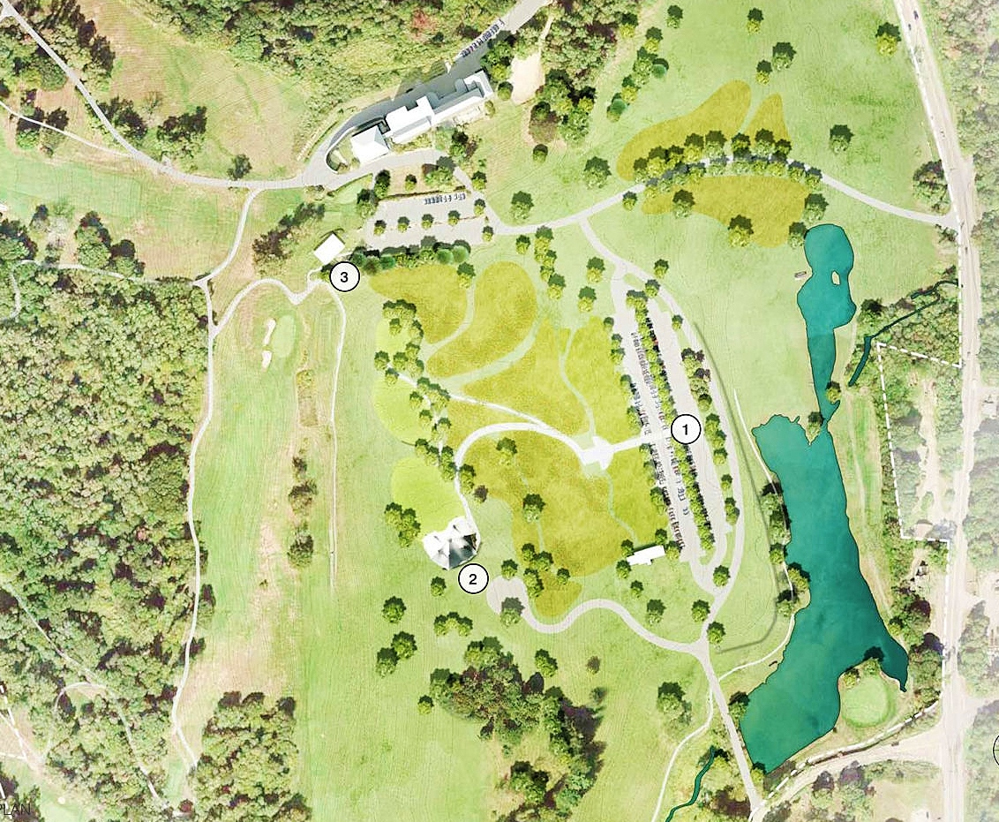 Phase 1 of the HVSF plan includes (1) parking, (2) use of the current tent for the 2022 season and (3) a repurposing of the existing pro shop and cart barn

The directors of the Hudson Valley Shakespeare Festival played to an enthusiastic audience on Tuesday (Feb. 16) when they told the Putnam County Legislature’s Economic Development Committee of the company’s planned relocation next year to a new home on the Garrison Golf Course property.

Davis McCallum, the festival’s artistic director, and Katie Liberman, managing director, outlined the plans with a slide show at the meeting, which was held by audio connection — as usual during the pandemic, if inexplicably in this case.

For more than 30 years, HVSF has staged its productions in an open-air tent at Boscobel, a historic estate in Garrison. But last summer it announced the move to a 53-acre, Route 9 parcel donated by owner Chris Davis. 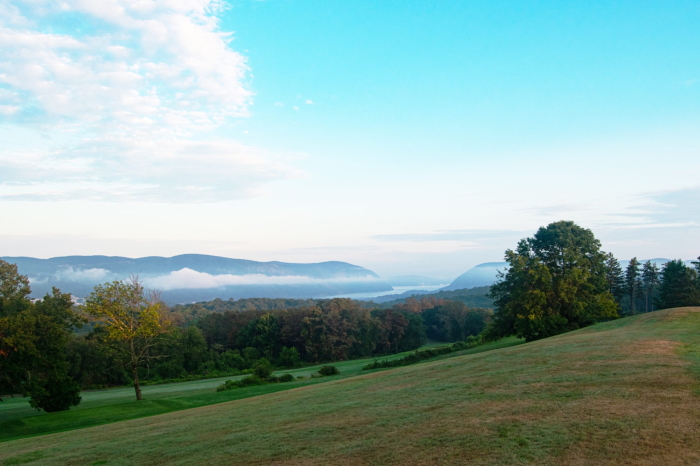 A view from the proposed HVSF site.

The golf course will remain but be reduced from 18 holes to nine. Restaurant operations also will continue.

In introducing McCallum and Liberman, Legislator Nancy Montgomery, a Democrat who represents Philipstown and part of Putnam Valley, and serves on the Economic Development Committee, described HVSF as “an economic driver” for western Putnam as well as a creative force for bringing together people in engaging ways.

Liberman said that in its Boscobel tenure HVSF has had a $4.5 million annual economic impact — for instance, in hiring staff and in money spent locally by people attending the performances — a figure expected to nearly double when the company moves to its new location in 2022. Economically, “we see so much opportunity,” at the new site, she said. 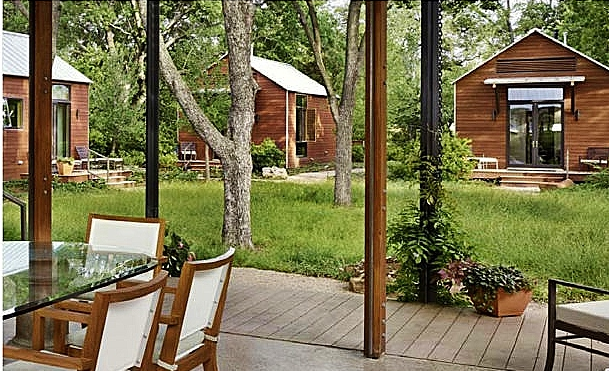 Cabins would be part of Phase 2 of the HVSF plan.

McCallum said HVSF hopes to make the “a cultural anchor” with expanded programs for school students, enhanced community outreach, facilities and space to share with other community organizations, a longer outdoor performing season, and environmental stewardship and sustainability on “truly a spectacular site.”

Tracey Walsh, the county’s tourism director, said that at its new home HVSF’s activities “will entice even more people to come to Putnam, spend time and stay over,” and, with the expansion of the Magazzino art museum and observances in 2026 for the 250th anniversary of the Declaration of Independence, would help “make that Route 9 corridor a cultural hub.”

Kathleen Abels, president of the Putnam Economic Development Corp., referred to herself as a longtime HVSF fan. She termed its plan “simply thrilling. It will put Putnam on the map.”

“What they’re planning is really wonderful use of the land,” Montgomery remarked.

Legislators — even those with whom Montgomery often clashes issues — expressed similar views.

“I love the cultural aspect and the sustainability aspect,” said Legislator Neal Sullivan of Carmel-Mahopac.

Legislator Paul Jonke of Southeast told Liberman and McCallum that “what you’re doing is creating a big positive in Putnam County” even though, he added — in a lighthearted tone — “I really enjoyed the golf course. I’m going to miss those nine holes.”