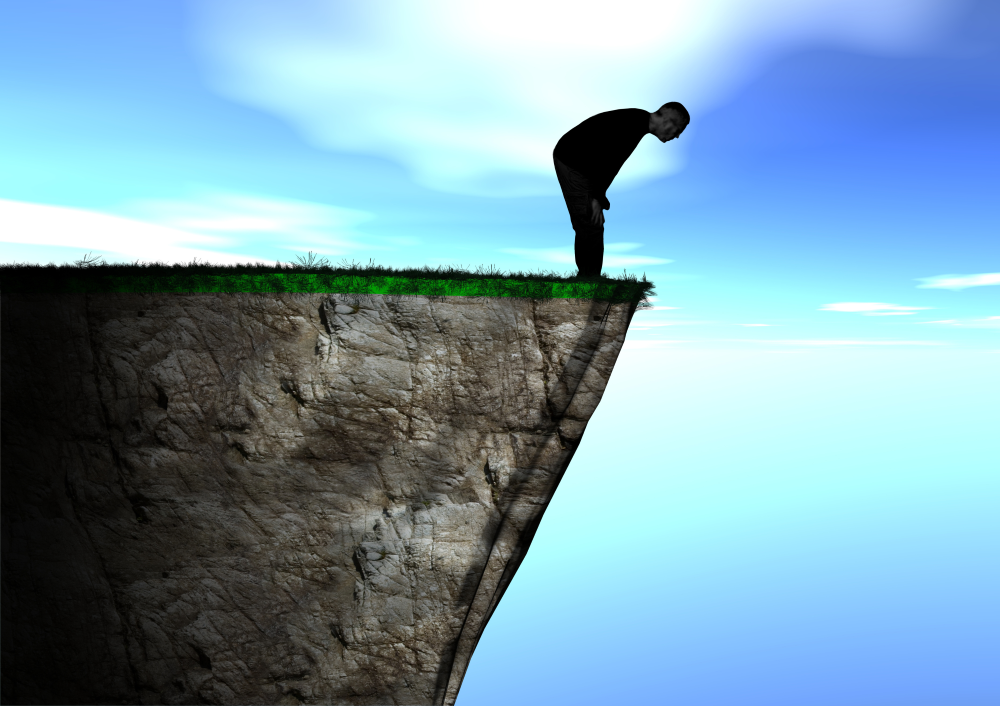 Nine Philipstown residents recall their experiences at the edge.

Nine Philipstown residents who flirted with the Grim Reaper

I’ve been trying to forget this story for 58 years, yet here I am writing about it. Seems I can’t not think about it.

I was 12. Two friends and I were riding our bikes toward the only traffic light in town. I decided to be a smart-ass and beat them through the intersection. I didn’t see the car running the red light, but I sensed it. I hit the brakes, skidding my bike sideways. The car ran over both the bike’s wheels. I was uninjured. I couldn’t help thinking: “What if I had ridden just a foot farther?”

Maybe knowing I’m not alone will vanquish that demon. Nine Philipstown residents shared with me their stories of near death. 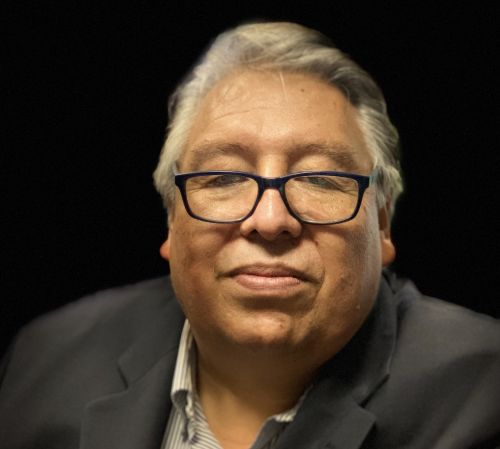 When Carlos Salcedo was 20 and a college student, he returned to his native Bolivia for the holidays. He and his cousin went to a party on the seventh floor of an unfinished apartment building. Because there was no elevator installed, the revelers had to use the stairs. As they left, they ran into the building manager on the third or fourth floor. He was unhappy with their rowdy behavior, and a fight broke out. “He was beating my cousin,” Carlos remembers. “I pulled him off.” He and the manager tumbled backward and down the empty elevator shaft. Carlos landed on top of the manager. Initially he thought he was paralyzed, but then feeling returned. The manager suffered a broken shoulder, broken clavicle and head injuries.

Leonora Burton had always wanted to fly and in the 1970s pursued a pilot’s license. At Teterboro airport in New Jersey, her instructor invited her and two other students on a flight. With a student at the controls, the engine died. “The instructor took the controls and shouted, ‘For Christ’s sake, find us a place to land — a road, a field, anything!’ ” As they descended, Leonora kept thinking, “How will my parents find out?” They crash-landed in a parking lot, hitting several cars, and ended up resting against a tree. The instructor suffered serious internal injuries. One student was uninjured but Leonora’s leg was lacerated and the third student’s nose was broken. Leonora’s dream of being a pilot ended there. “My heart wasn’t in it anymore,” she said. 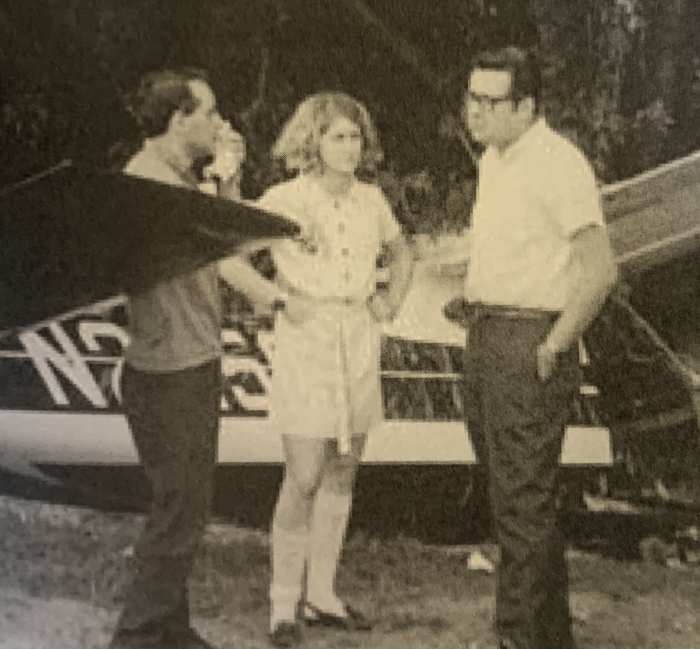 Leonora Burton at the crash site

In February 1981, John Jesek was working on a barge on the East River in New York City when a swinging crane knocked him into the ice-cold waters. No one saw it happen. “The current was strong,” he recalls. “The water was so cold it felt like a burn; my Carhartts [outerwear] froze.” Jesek grabbed a nearby work raft. The Norwegian barge captain saw him and pulled him out, took him to a heated shed and stripped him down. “He gave me aquavit until I stopped shivering,” he recalls. “I haven’t done a polar-bear plunge since.” 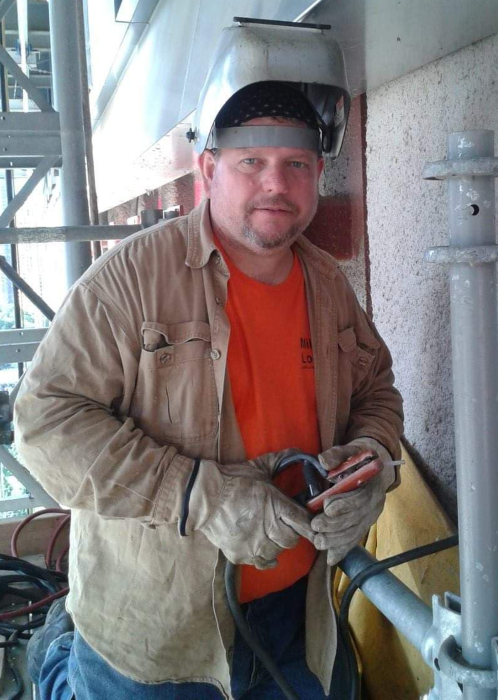 When he was in his early 20s, Johnny Peters walked out of a New Orleans bar in the early morning hours after his jazz band had finished its sets. A black car screeched to a halt nearby. A man in a ski mask jumped out and shot him point-blank in the chest. Peters ran down an alley, where he passed out at the rear entrance of a hotel. Someone took him to a hospital. Peters had been the victim of a gang that required recruits to shoot a stranger. The 9mm bullet passed between two ribs, went through his lung and exited between two different ribs, never hitting bone. Peters spent a month in the hospital and was dubbed “the miracle man.” 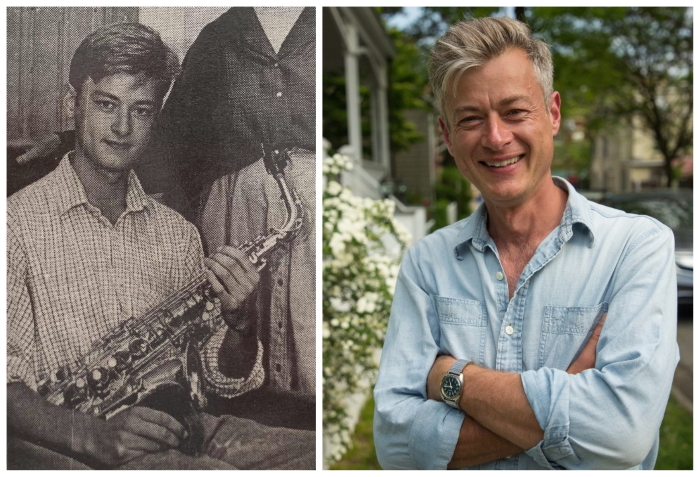 Johnny Peters soon after he recovered from being shot, and today

Ten years ago, Lynne Cherry was asleep in the passenger seat of a car being driven by her friend and creative partner, Gary Braasch, near Portland, Oregon. They were behind a truck carrying a sofa, which came loose and crashed through the windshield. “I remember a big explosion,” Cherry says, which was the air bag. “It prevented the sofa from hitting me,” she says. Cherry and Braasch were flying out the next day; the embarrassed sofa owners paid for their hotel and drove them to the airport. 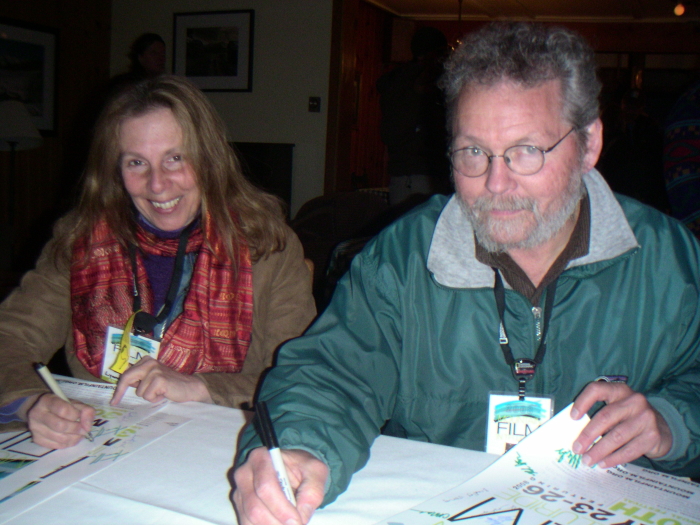 Jessie Prichard Hunter was 29 when the third-floor Queens apartment she and her husband shared caught fire. When they opened the bedroom door, an 8-foot wall of flame greeted them. Windows exploded. “I said, ‘We’re going to die’ three times in a row,” she recalls. Her husband replied, “No, we are not.” He jumped to the fire escape, then stretched and pulled his wife out. She crashed into the metal, badly bruising her entire left side. “A firefighter said had we stayed in the apartment a minute longer, we would have died,” Jessie said. Their story appeared in New York Magazine, in part perhaps because they were both naked. In 1989, Clark Thompson and his girlfriend stopped at a bar in Salisbury, Massachusetts, to play some pool. A biker and his girlfriend challenged them to a $20 game. Clark accepted, knowing his girlfriend was a ringer. She all but ran the table, and then Clark sank the last two balls. The biker grabbed the $40, claiming Clark hadn’t called the last shot. When Clark protested, the biker pulled a Colt .45 handgun, cocked it and put the muzzle between Clark’s eyes. “This says you scratched,” he said. Clark agreed, the biker couple left, the bartender called the police and he and his girlfriend at least drank for free. In the summer of 2011, Tommy Des Marais was driving on Route 403 on a gloomy day. He heard a loud crack. A massive oak tree split and fell, with half landing on his hood and half on his rear windshield. He was not injured except for a cut on his finger. “Now I feel lucky; then I felt differently,” because his car was totaled, he says. When first responders saw the car, they told him, “People don’t usually get out of these alive.” John Flagler was 5 years old, camping with his family along Idaho’s Snake River. While throwing sticks into the water, he lost his balance, fell into the river and was swept away by rapids. His mother couldn’t swim but jumped in after him. “I don’t remember a lot,” Flagler said, “but I’m told she was able to grab me about a mile downriver and hand me to someone on the river’s edge.” His mother was rescued farther downstream. Flagler says he had two other near-drownings as a kid but “I still love being by the water.”

4 thoughts on “Reporter’s Notebook: We All Could Have Died”