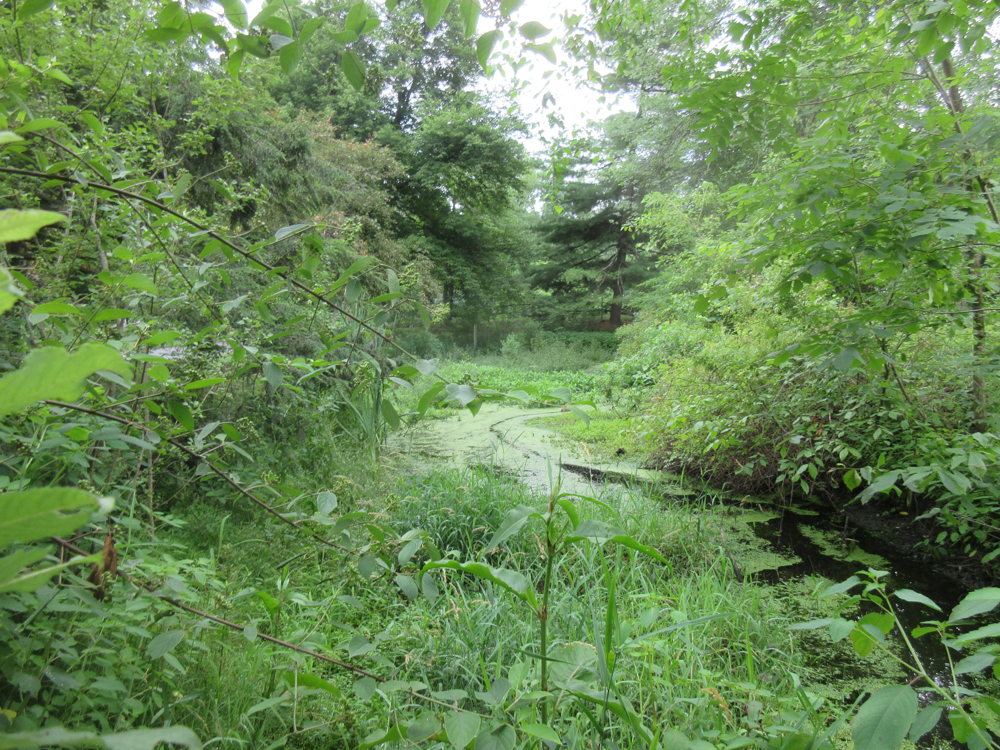 The stream on the Faircloth property in 2019, five years after the Trees for Tribs planting (Photos provided)

When Cliff Faircloth moved into his Fishkill home 23 years ago, the stream that ran through his property was pristine.

“My neighbors told me that when they were kids, they used to swim in it,” he said. But that changed a few years later, when 16 new homes were built at the top of the hill that his home and the unnamed stream, which flows into Fishkill Creek and then the Hudson River, sit at the bottom of.

Sediment and grass seed came down the hill every time it rained, changing the water flow and choking the stream. It certainly wasn’t fit for swimming anymore.

Then a friend in New Paltz who manages a parcel of land mentioned a tree-planting party he had held alongside the stream that runs through the land. He told Faircloth that the state Department of Environmental Conservation provided the trees, shrubs and planting material at no charge.

His friend suggested the DEC would do the same for the Fishkill property, but Faircloth was skeptical. He had only a few hundred feet of creek. But after calling the DEC, he soon had state employees show up at his house with dozens of native plants and shrubs as part of the agency’s Trees for Tribs program, now in its 14th year.

Faircloth and his family planted over the course of a weekend. That was seven years ago. While the stream hasn’t quite recovered to the point of being swimmable, Faircloth said he has noticed an improvement in the water quality. 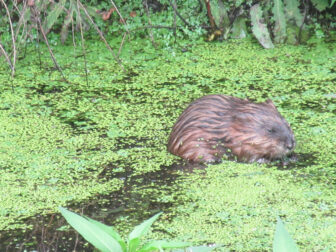 Wildlife returned to the tributary on the Faircloth property in 2019.

More commonly known as stream buffers, riparian buffers refer to vegetated areas alongside a stream or river, explained Anna Palmer, a stream buffer educator who works at the DEC as part of the Student Conservation Association.

Trees for Tribs is open to any landowner, land manager or municipality with a tributary of the Hudson River running through its property. (Outside the Hudson watershed, the DEC administers a “Buffer in a Bag” program, which operates on a smaller scale.) Some volunteer conservation groups participate after getting the permission of landowners or municipalities.

If selected, DEC representatives visit the site and take soil samples to determine which plants will thrive. If erosion control is the most pressing issue, fast-growing plants will be provided. If the site owners are more concerned about aesthetics and are willing to be patient, slow-growing species such as oak trees will be sent. Some site owners prefer “food forests” with fruit and nut-bearing trees.

So far, the program has planted 57,000 trees and shrubs at 375 sites in the Hudson Valley.

Some owners organize tree-planting parties by corralling volunteers, although since the pandemic shutdown, this has been done only by small groups. But since the plants come potted, Palmer said as long as they’re watered regularly, they don’t need to immediately go into the ground.

The Trees for Tribs application deadline is March 1 for a spring planting and Aug. 1 for a fall planting. See dec.ny.gov/lands/43668.html.

One thought on “Free Trees (Must Provide Stream)”