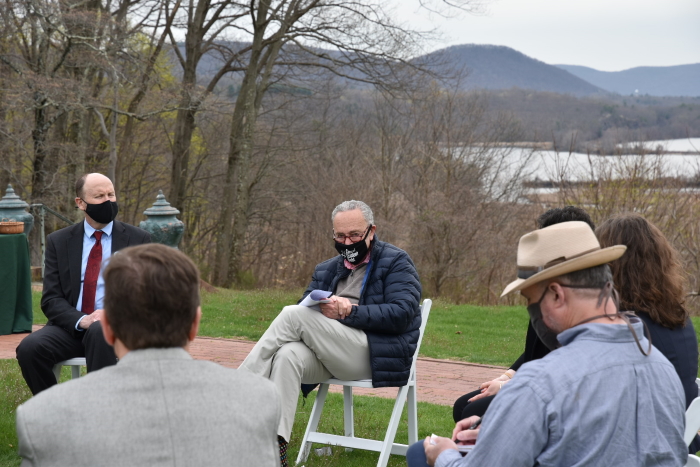 SENATOR STOP — Sen. Chuck Schumer visited Boscobel in Garrison on Monday (April 12) for a discussion of economic relief for the Hudson Valley under the American Rescue Plan. Boscobel officials noted that revenues there fell by 65 percent last year and its staff dropped from 50 people to 17. 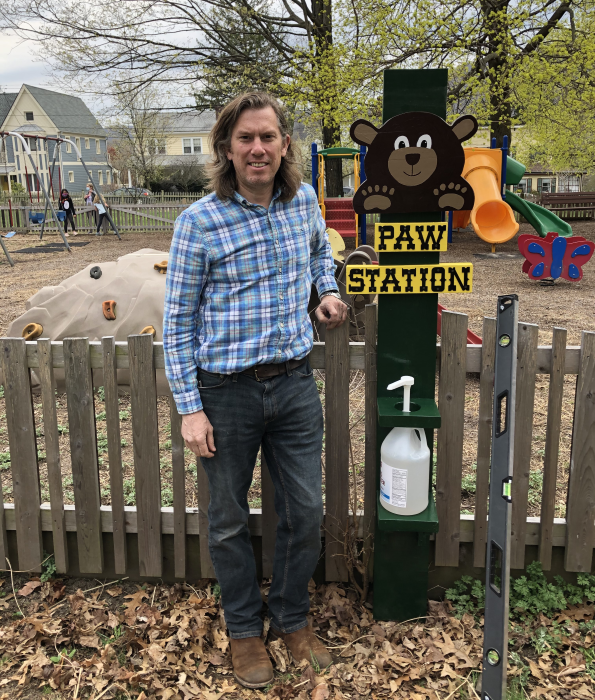 TOT PARK IS OPEN! — Mark Daisley stands by a sanitizing station he constructed at Tot’s Park in Cold Spring, which re-opened on Saturday (April 10). 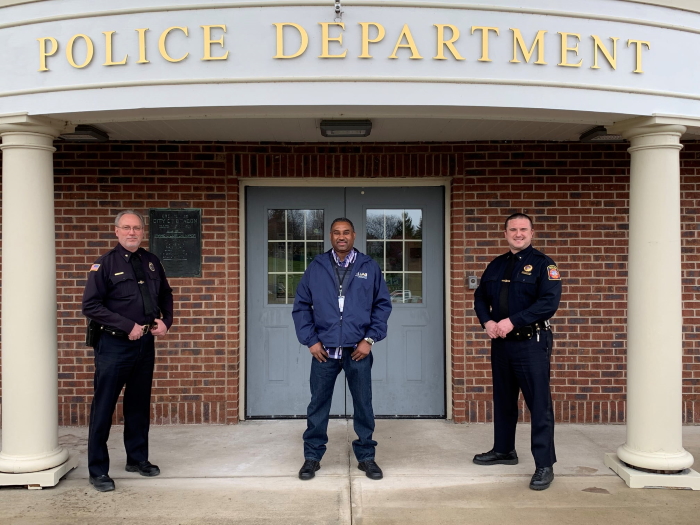 NEW POLICE HIRE — Lashaveous Dicker, a case worker with Mental Health America of Dutchess County, began working this month with the Beacon Police Department. Dicker, who will assist officers in responding to people in crisis, is shown with Chief Sands Frost and Lt. Tom Figlia.