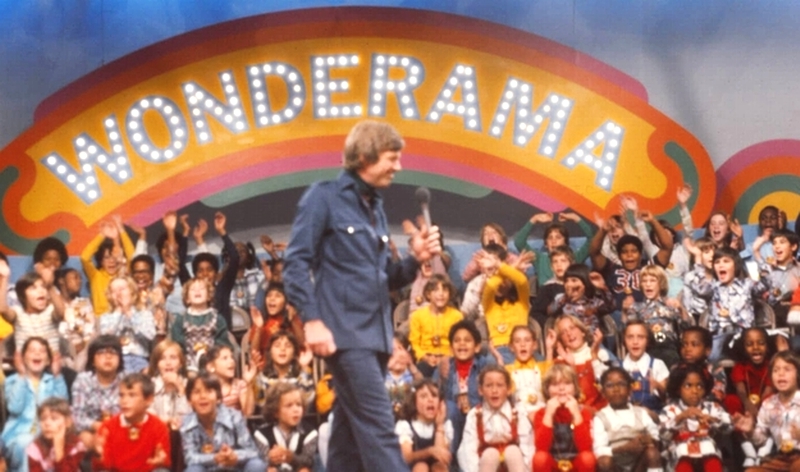 A watch owned by William Bloomer of Nelsonville, which he obtained from John Mekeel, who said he found it on the Old Post Road near Peekskill, was brought to Pelham and Co. for repair. On the reverse was inscribed: “1779 Presented to Gen. Geo. Washington, by His Army,” although there were no other markings. (A week later, The Cold Spring Recorder dismissed the engraving as a fraud.)

The ground was broken for a train depot in Garrison about 100 yards south of the current one. Some argued it should be moved to the east side of the tracks but because of the hill there would not be enough room to get a team of horses around it.

About 25 members of the Social Merry Bachelors and their dates gathered on a Monday night at Town Hall to promenade, dance, feast and converse.

A jury in Carmel found John Trumpboar guilty of second-degree murder in the shooting death in July 1870 in Cold Spring of coachman Elijah Jones. Trumpboar was fleeing on Stone Street after robbing a messenger of the National Bank of Fishkill when Jones attempted to stop him. He was given a life sentence.

On a Sunday morning, William Hustis, who lived above the North Highland church, reached in his pocket for his tobacco box and found it gone. He went into the room where his pants had been and found that someone had crawled in the window and ransacked it overnight. It had rained and tracks in the road pointed toward Fishkill, where Hustis and his neighbors found a “tramp” having breakfast at Jackson’s Hotel with the stolen items in his possession. After pleading guilty, the burglar was sent to Sing Sing for 10 years.

A 35-year-old brakeman on a freight train, Edward Buckley, who had been seriously injured when his head struck a beam on the drawbridge over Fishkill Creek, was left by the engineer at Cold Spring station. James Maher of Market Street took him in, with the railroad company covering the expense of his recovery.

The Recorder reported that “the sentiment of Nelsonville is against the neighbor who interfered in a domestic affair and beat an intoxicated man,” Henry Birdsall, with a shovel. But the following week, Mrs. William Birdsall and her daughter wrote to correct the record, saying their neighbor was a hero. They said Henry had struck Mrs. Birdsall with a crowbar and ax and Sarah with a crowbar. When the women cried “Murder!” the neighbor came to their rescue. Henry “started for him, with an oath, saying that he would take his heart out, struck him three times and clinched him by the throat, whereupon said neighbor took the back of an old chair and struck him three times.” They said the neighbor then subdued Birdsall “without offering to hurt him in any way.”

The Village Board assigned Officer Reilley to be on duty at the baseball games at Kemble’s Field at a rate of $1 per Sunday. The season opened with the locals defeating the marines of Iona Island, 17-3, and a squad from Bear Mountain, 11-3. The Recorder noted two rule changes. First, if there was an argument, only the captain of each team could speak to the umpires. Second, the baselines were roped off to keep spectators from wandering across them. In addition, the club asked women spectators to donate to pay the expenses of the club, along with the men.

The Village Board transferred $100 from the sewer fund to maintain the village park and voted to have the president ask the railroad company to lay a concrete sidewalk from the station to Main Street.

The state Department of Health sent its specially designed Healthmobile motor car to Cold Spring to offer free examinations of infants and children up to 6 years of age. At the end of the day, an electric generator installed in the car powered a motion picture projector.

A benefit was held at St. Mary’s-in-the-Highlands for the Lending Library, with the parish house decorated with daffodils and yellow forsythia. Most of the 85 people in attendance wore costumes related to a book. Dorothy Giles, as Robinson Crusoe, won the top prize.

The films shown on Tuesdays and Saturdays at Philipstown Town Hall included the six-reel Man and His Woman; Tom Mix in The Untamed; Pearl White in Tiger’s Cub; Leonard Shumway in A Beggar in Purple; and Shirley Mason in Love’s Harvest. Each show also had a Sunshine comedy and a Fox News reel.

William Ladue returned from a winter trip in which he traveled 6,000 miles by automobile.

A “flying squadron” with at least 30 cars representing the merchants of Beacon visited Cold Spring.

The Odd Fellows lodge hosted a barn dance at Town Hall with prizes for the best fox trot and waltz.

Several thousand people turned out for Cold Spring’s week-long celebration to mark the 100th anniversary of its founding on April 22, 1846. Mayor William Dardess Jr. opened the week by flipping a switch that illuminated the streets with colored lights. There was an antique show at Moog’s store, a parade, a display at the Old Homestead Club of products made in Cold Spring, fireworks and a rodeo at Kemble’s Field, a ball at the high school and a Saturday night block party.

Seventy-five years ago, on April 22, 1946, Cold Spring began a week-long celebration of its centennial with a concert, fireworks, a rodeo, dances and a parade. Home-movie footage of the parade is below.

The chairmen of the Narcotics Guidance Councils of Philipstown, Cold Spring and Nelsonville met to discuss their new counseling hotline at 9404 (WHOG).

Robert A.W. Carlson, 89, of Garrison, a civil engineer who worked on many of New York’s subways and tunnels, died at Butterfield Memorial Hospital.

Kenneth Gilbert, 32, the son of Garrison auctioneer O. Rundle Gilbert, died when his small plane crashed near Wilmington, North Carolina. He had taken off from Stormville Airport for Florida.

Carlo Tomaselli, a former member of the Metropolitan Opera, purchased a home on Foreman Road in the North Highlands. He said the Hudson Valley reminded him of his hometown of Bari, Italy.

Mayor Ray LeFever hosted an organizational meeting for the Cold Spring Auxiliary Police Force, which he said was open to any man aged 21 or older who wanted to help keep the village’s young adults under control. About 25 men attended. Two village trustees told the mayor they thought the auxiliary force was a bad idea since (1) the men were not trained for police work, (2) if the men were issued nightsticks, it’s possible they might hurt someone, and (3) it could open the village to lawsuits. LeFever, who had been in office for 10 days, dismissed their concerns, saying he and the police chief were in charge of the force, not the trustees.

The North Highlands Fire Co. completed the reconditioning of a used 2,200-gallon tanker it purchased the year before.

A Garrison woman and her brother, who was visiting from Canada for a family reunion, were among three people killed in a crash on the Bear Mountain extension.

Members of the Putnam County Historical Society gathered at the museum for the dedication of a new wing. The industrial designer Russel Wright spoke on the history and future of Putnam County and Michael and Peter Lyons presented the society with a model of the Hudson River sloop Victorine, which had been captained by their ancestor, Capt. David Lyons.

Putnam County Sheriff Raynor Weizenecker created a substation at the Philipstown Town Hall that consisted of a desk, a typewriter and a phone.

During a meet against Millbrook, Jeff Macaluso of Haldane High School tied one school track record (16 seconds in the 120-yard high hurdles) and broke another (21 feet, 5¾ inches in the long jump).

Town Supervisor Joseph Percacciolo and his brother, Angelo, were the first people elected to honorary membership in the North Highlands Fire Department.

Cold Spring celebrated the 150th anniversary of its founding with a dinner dance at Breakneck Lodge. Among the speakers was Mayor Anthony Phillips, who recalled that he had been 6 years old at the 100th anniversary. “Cold Spring was my little world,” he said. “During the Centennial parade, the Italian American Club sponsored a float featuring a king and a queen. I was the king and now, 50 years later, I am your mayor.” 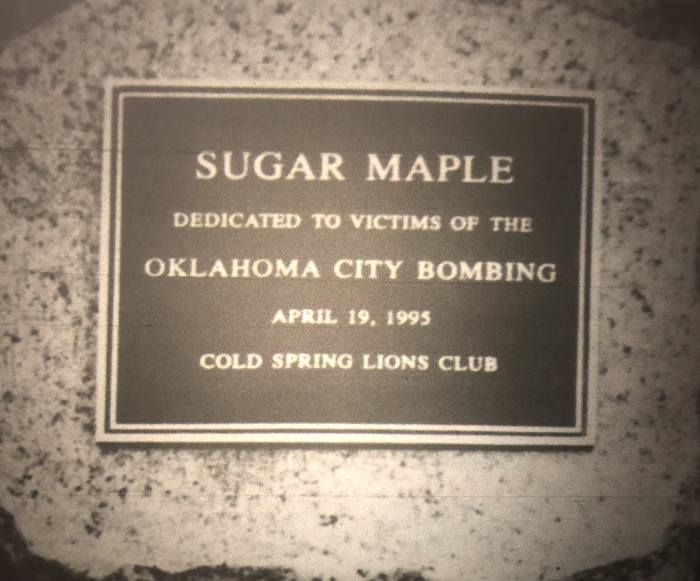 The Cold Spring Lions dedicated a bronze plaque and planted a sugar maple tree at the Cold Spring Cemetery to remember the victims of the bombing the year before of the federal building in Oklahoma City.

The U.S. Postal Service changed the mailing addresses of residents of Continental Village from Peekskill to Garrison.

Nan Gordon died at age 86. She and her husband were the longtime co-heads of the Malcolm Gordon School, a preparatory school for boys in Garrison founded in 1927 by her husband’s father. Her family recalled her saying she had heard 13 of the 17 presidents of her lifetime speak in person, starting with Theodore Roosevelt.

Jack Effner, the head coach of the Army wrestling team, spoke at the annual dinner of the Philipstown Wrestling Team at the Taconic Outdoor Education Center.

A heavy bronze sculpture was stolen from the garden of Vanessa Solomon on Moffet Road. She offered $300 for its return, saying she had cast it as an intern at the Tallix Foundry in Beacon.

A mother and her son were injured at 8:30 a.m. on a Monday morning when she ran the stoplight in Cold Spring and collided with a Haldane school bus.

A resident asked the Philipstown Town Board if there was a conflict between its approval of a permit to allow Harold Lyons to expand his soil mining operations on Route 9 just south of the Dutchess County border by 321,000 cubic yards of sand and gravel on 54 acres over five years, and its earlier stated opposition to a mining operation just across the border. The town supervisor said that the Dutchess project was an entirely different situation that involved the removal of 50 million tons of stone from the south face of Fishkill Ridge over 150 years.