Tweeps Woods will serve through 2021

Cold Spring Mayor Dave Merandy has appointed Tweeps Phillips Woods to the Village Board to fill a vacancy created by Trustee Heidi Bender’s resignation in April, four months into her two-year term. 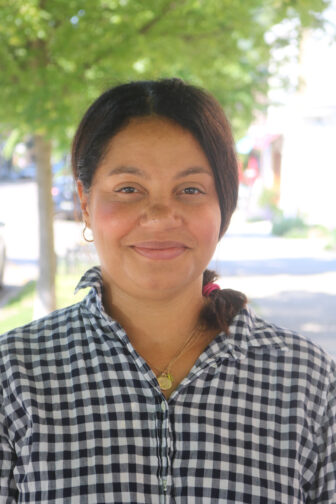 Merandy announced the appointment on May 11. Woods, who has lived in the village since 2017, served on the Recreation Commission for the past year. She has a master’s degree in public administration from Columbia University and is a graduate of New York’s Coro civic leadership training program.

“I wanted to do something [in the village]; serving on the Recreation Commission was a good start,” she said when asked why she agreed to serve. “I like politics, love government, that’s my background; when this opportunity arose it just felt like the right thing to do.”

Woods said she plans to be among the candidates in the Nov. 2 general election to serve the final year of Bender’s term.

Cold Spring continues to work through its plan to assess and reinvent its police force in response to Gov. Andrew Cuomo’s executive order last year requiring reviews of all municipal law enforcement. The village plan for reviewing the Cold Spring Police Department was submitted to New York State on April 1.

At the May 11 meeting, Trustee Kathleen Foley reported that, in conjunction with Lexipol, a law enforcement consulting firm, she, Officer-in-Charge Larry Burke and Officer Vincent D’Amato have reviewed 43 chapters of CSPD policies.

The Village Board will now begin its review of the policies before asking for input from a yet-to-be-formed Community Stakeholders Group. Foley said she will recommend the group focus on chapters “directly relevant to the executive order.”

Trustee Fran Murphy said she would provide a summary at the Tuesday (May 25) meeting of a survey of residents about the Police Department.

■ Royal Carting will collect garbage on May 25 and recyclables on May 28 while the village garbage truck undergoes repairs. A new truck has been ordered but will not be ready until 2022. Merandy and Early will also meet with Royal Carting to discuss a possible long-term contract. If Royal takes over collection, the village would reassess its vehicle needs, including possibly canceling the truck order.

■ Merandy noted that Metro-North Railway has approved signage to promote free weekend parking in its Cold Spring lot. Metro-North has not allowed the village to publicize the free parking in the past but Merandy negotiated the change in conjunction with the Parking Committee’s ongoing work.

■ Marianne Remy was appointed to the Zoning Board of Appeals.

■ Matt Kroog, superintendent of water and wastewater, reported he is updating the Emergency Action Plan for the village reservoirs and dams.

■ Cold Spring Chamber of Commerce President Eliza Starbuck reported the organization has begun receiving inquiries about the trolley operated by Putnam County’s Department of Transportation in the village and surrounding area. The trolley, which shuttles visitors to museums and attractions during the tourist season, didn’t operate last year because of the pandemic. Starbuck said after corresponding with the county, “it sounds like they may be planning to start the trolley again this season.” Merandy said the village has not received information.

■ At the Village Board’s Tuesday (May 18) meeting, Merandy said he was open to allowing the Putnam County Wine and Food Fest to take place on Aug. 7 and 8 at Mayor’s Park. “It’s time to look toward opening things up,” said Woods when Merandy polled the board. “But we have to be pretty nimble in how we respond if things get worse” regarding COVID-19.

■ The discussion of proposed regulations of short-term rentals will resume at the May 25 meeting. Board members rejected a suggestion to survey residents and property owners. A transcript of comments made during a May 6 public hearing won’t be available until June 1.

■ Merandy advocated reinstating face-to-face meetings but at a larger venue than Village Hall, such as the Philipstown Recreation Center or Town Hall.