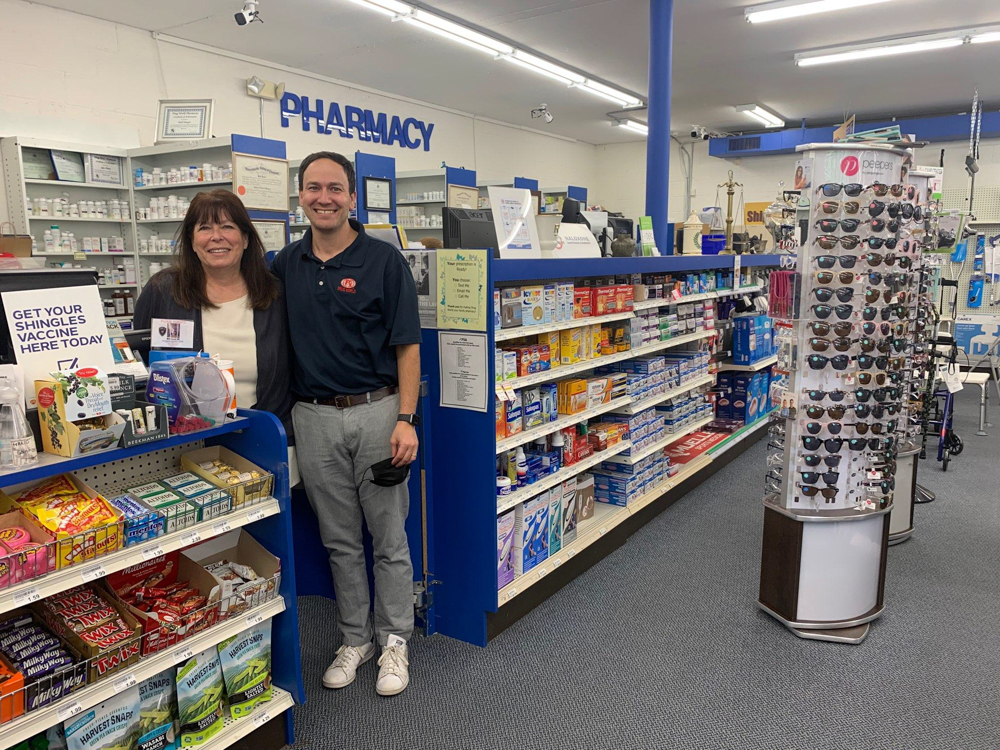 Two of the winners at the annual Cold Spring Chamber of Commerce awards held on Tuesday (June 15) were honored for community service that would have been unimaginable two years ago.

Heidi and Mark Snyder, co-owners of Drug World, were given the Foundation Stone Award, which recognizes a longstanding business or organization that has served the community exceptionally well. Their exceptional service was vaccinating a large portion of Philipstown residents against COVID-19. To date, Drug World has administered more than 5,000 shots, which are now available without an appointment.

“There are not many independent pharmacies that can say they did what these two people have done for our community,” said Fran Merando Fornorotto, the Chamber secretary, during the ceremony, which took place via Zoom.

Mark Snyder gave the credit to Heidi, his mom. “She spent every waking moment in [vaccine] webinars” beginning in September, he said, prompting representatives from chains such as CVS and Walgreens who were on conference calls to ask, “Who is Drug World, and why are they talking?”

Six other awards and a scholarship were presented. The Parnassus Award went to the Garrison Art Center for offering exceptional programming and community enrichment through the arts. Ed Currelley, who founded the Hudson Valley Frozen Fresh soup company last year, received the Kitchen Table Business Award, honoring an innovative startup or home-based business.

The James G. Lovell Stewardship Award went to Richard Shea, who will soon step down after serving on the Philipstown Town Board for 20 years. The award is given to someone who has worked on many fronts to keep Philipstown strong, healthy, connected and positive.

The Hudson Valley Shakespeare Festival received the Keystone Award for “holding open the door for economic growth through hospitality and tourism.” The Sets a High Bar Standard Award went to Jacqueline Azria, who opened her coffee and clothing shop, Paulette, last year.

The annual Philip Baumgarten Memorial Scholarship was awarded to Alanna Moskowitz, a Haldane senior who volunteered at the Putnam History Museum and for the Putnam County Youth Court.