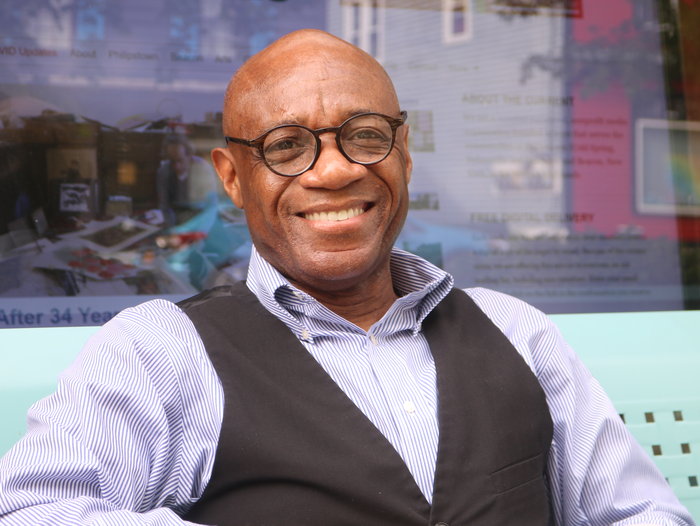 Ed Currelley says he has always loved cooking from scratch. Now, the Cold Spring resident is creating a company from Step 1, too.

Currelley said his fledgling company will be operational by mid-June, with production based at a commercial incubator kitchen in Poughkeepsie.

“I’ll be using fresh, seasonal produce and ingredients from Hudson Valley farms and purveyors as much as possible,” he said. “This is solid, nutritious food, all natural, with no additives or preservatives.

“I’m a big proponent of reinvention, following your dreams and exploring things you’re curious about,” said Currelley, who last fall sold a bike-rental shop he ran for three years in Cold Spring and Beacon. “I know what it takes; I’ll be ready.”

Initially, he will produce 10 soups, including carrot ginger, golden split pea with red pepper, roasted tomato-basil and spinach mushroom puree. With the exception of his chicken vegetable soup and Bolognese sauce, Currelley said, his products will be vegan. He plans to add five more soups or sauces to the lineup.

The soups will be frozen and sold in one-quart boiling bags, inside a tube. “That format makes it easy for shipping and grocery shelving,” Currelley said. 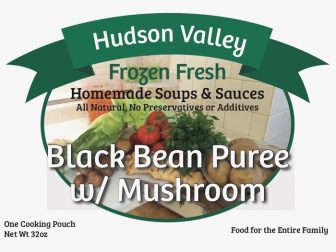 In the early 1980s, Currelley attended the New York Restaurant School in Manhattan, studying under chef Peter Kump. In addition, he underwent three months of intense sauce-making training at the Rock Center Cafe. “I loved that place because I learned so much; it was a teaching kitchen,” Currelley recalled. “We served a minimum of 1,500 customers a night, and double that in summer.”

He later co-owned Clendenin’s, a family restaurant at 5th Avenue and 125th Street and founded the Independent Chef Co., which sold sauces to restaurants. “My biggest sellers were a chicken jus and a demi-glace,” products he said took eight hours or more to produce.

Born and raised in Harlem, Currelley credits his mother for his interest in cooking and his love of culinary experimentation. “My mom had seven kids and money was scarce,” he said. “But she made the most of it; she could take $5 and feed the whole family.”

Why soups? “I love good, hearty, wholesome meals and have always just loved soups,” Currelley said. “I like to experiment and I have a knack for coming up with good recipes.”

The chicken vegetable soup that will be offered by Hudson Valley Frozen Fresh is his mother’s recipe, “but all the rest are my own, all tried and true,” he said.

Currelley has been using about 25 local residents as tasters for several weeks. “Their response has been tremendous, and I take their feedback seriously,” he said.

Currelley plans to market his soups throughout the Hudson Valley, initially focusing on supermarkets from Philipstown to Kingston. He also would like to experiment at farmers’ markets. “I’d like to grow, but I’d never want my food mass-produced to where quality is jeopardized,” he said. “I’d eventually like a plant with about 10 employees, young people who are interested in developing the skills needed to work in the culinary industry.”

When asked what he loves to cook for himself, apart from soup, he said “a nice roasted lemon chicken” tops the list. “I add fruit variations such as pineapple, peaches or strawberries. It turns into a delicious sauce when mixed with the natural juices of the bird.”