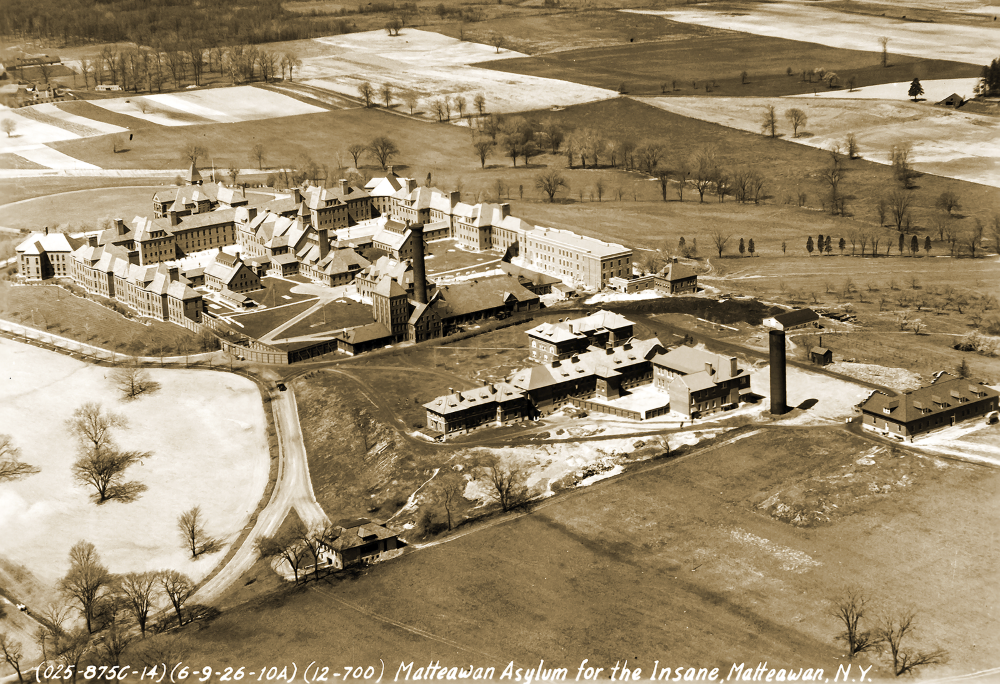 The Matteawan Asylum for the Insane in 1926

The day after William Van Wagener, the police justice of Fishkill Landing, complained of “cholera morbus” [acute gastroenteritis that occurs in the summer or fall], he was found dead in bed.

Louis Guiseppe Contarini was arrested in Poughkeepsie on charges of bigamy. “The first that had been known of him” locally, according to a news account, was in 1870, when he launched a weekly newspaper, The Matteawan Review, that soon failed. That same year, he married Mary Diston of Poughkeepsie. When he disappeared soon after the wedding, his wife and her father swore out a warrant for his arrest, suspecting he had another spouse in Brooklyn. The warrant was withdrawn when Contarini reappeared with a gold watch and chain for his wife, telling her that he and his three sisters had inherited $75,000 from a relative in the old country. Suspicious, Mary’s father traveled to Brooklyn, where he found Louise Ercke, whom Contarini had married and impregnated in 1861, when she was 14. Accused of stealing from Louise’s father, Contarini had fled to Richmond, Virginia, where he married a woman named Virginia Saunders (who had since died) and fought (he said) for the Confederacy but was captured. [Two months later, in August 1871, a woman came to Poughkeepsie from Boston, claiming that she was Contarini’s spouse, giving him at least four wives, with three living.]

Three bicyclists who left Albany at 6:30 a.m., headed for Brooklyn, reached Fishkill Landing by supper, a distance of 93 miles over poor roads. They took rooms at the Holland House and left the next day at 6 a.m. in a downpour. The men had to walk their bikes over the hills from Nelsonville to Peekskill, where they stopped for dinner before completing their ride.

Edward Taylor, 44, died of a heart attack at his home on Fishkill Avenue. The New Jersey native had been employed for 25 years as the foreman of the finishing room at the Matteawan Manufacturing Co.

Dr. Watson’s Electrical Sanitarium had so many patients, he opened a branch in Newburgh.

A Poughkeepsie Eagle-News correspondent said that in five minutes he counted 10 reckless bicyclists weaving in and out of traffic on Main Street in Fishkill Landing.

Among the defendants judged to be insane at trial and sent to the Matteawan State Hospital were Giovanni Aversa, who shot and killed his wife; Helen Trapp, a pickpocket; and Charles Davis, a manufacturer of surgical instruments who shot and killed a Brooklyn detective. During the trial, his uncle, George Davis, testified in an effort to save his nephew from the electric chair. He said that the entire Davis family was insane and that, in fact, when he (George) fought in the Indian war, he never loaded his gun on sentry duty because he might shoot at imaginary objects.

Gov. Nathan Miller inspected the Matteawan hospital, which held 1,000 prisoners and was so overcrowded some slept in the hallways.

A Beacon man, Henry Corney, was appointed as foreman of a county grand jury considering the case of Edward Malley, a New York Central Railroad detective accused of second-degree murder for shooting a suspect, Andrew Mistur, twice in the back as he fled. Corney said he caught Malley stealing coal from a train car.

Four gallons of illegal whiskey, including two found inside a suitcase, were seized in a raid on a boarding house for “colored” residents near Beacon conducted by the Dutchess County sheriff. After questioning the occupants, deputies located and arrested William Lewis, 25, a “gentleman bootlegger” who was described as wearing a straw hat, a new suit and polished shoes. Witnesses said Lewis had gotten off the train earlier that day at Beacon with the suitcase.

A New York City woman survived an attempt to end her life by leaping from a southbound train because, when she jumped, the train had slowed to 15 mph as it approached the Beacon station.

A juror had to be awakened while hearing a lawsuit by Highland Hospital against William Ray over an outstanding bill for $162. Ray said he had offset the bill by driving the ambulance, putting up patient screens and cutting the grass.

Some 300 people, mostly members of the Poughkeepsie chapter of the Kiwanis, crowded a Beacon courtroom when one of their members, Martin Ryan, appeared on a charge of speeding. Ryan had been leading an 11-car caravan of Kiwanians returning home and said he was not going more than 17 mph. The Beacon officer who made the arrest agreed to drop the charge.

An 84-year-old man died of a heart attack during a service at the Nazarine church on Teller Avenue.

Michael Coris filed a certificate with the county clerk to operate a business called Dutchess Manor on Route 9D.

The Beacon High School Class of 1921 held its 25th reunion at the Dutchess of Beacon. The class was the first to go through the high school on Fishkill Avenue and included Stanley Bond, who later became mayor.

The Federal Communications Commission provided conditional approval for an FM radio station, WKIP, owned by the Poughkeepsie New Yorker, to install a transmitter atop Mount Beacon. It was the first FM station authorized between New York City and Albany. 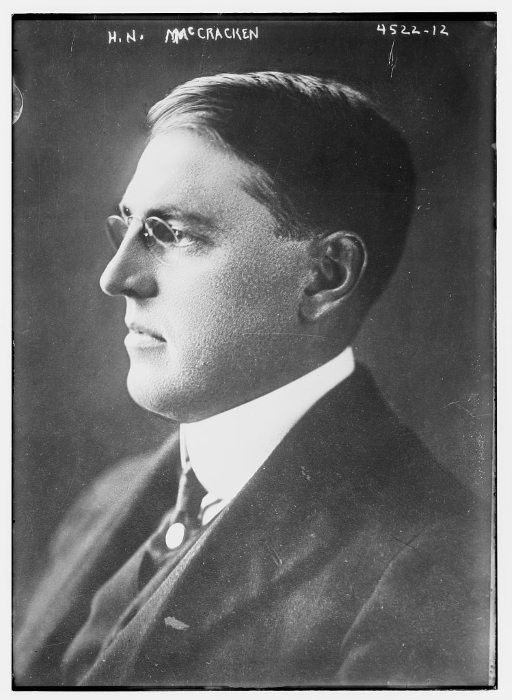 Dr. Henry Noble MacCracken, the retiring president of Vassar College, addressed the graduates at the Beacon High School commencement. He had led the college for 31 years, although he was fired briefly in 1918 because of his liberal views on politics, education and women’s suffrage.

A 23-year-old resident of Verplanck Avenue died at Highland Hospital of brain injuries suffered during a fistfight outside George’s Tavern on Route 9D. Police charged a Fishkill man with manslaughter.

A classified ad offered a small business for sale. “Reason for selling: not veteran and cannot obtain sugar.”

In a National Baseball Congress game, the Beacon Texacos had 17 hits in a 21-2 win over Fairview Foundry.

A 32-year-old resident of North Road was arrested on charges he abandoned his wife and five children.

A director of the Dutchess County Taxpayers Association complained that while it cost $1,128 to educate each child in the Beacon school district, the Urban Development Corp. would only be paying $156.25 for each of its 192 newly constructed units on Tompkins Avenue. Mayor Robert Cahill responded that the nearly all the children who would be living in the subsidized apartments already attended Beacon schools.

The state budget included $2.3 million to begin work on a $50 million, two-lane span parallel to the two-lane Newburgh-Beacon bridge. Built in 1963, the bridge had been conceived as a four-lane span but the plan was scrapped because of the expense. The head of the Beacon-Fishkill Area Chamber of Commerce noted that westbound traffic during Memorial Day weekend had backed up to Fishkill, 3 miles away.

Thomas Ryan, 22, the secretary of the Dutchess County Democratic Committee, nearly became the youngest party chair in the history of the state and country in his race against Forrest Cousens, who had been on the committee for 15 years. The vote was 125-105. Ryan’s supporters came mostly from Beacon, Hyde Park and the Town of Poughkeepsie.

The Beacon Republican Committee nominated its chairman, Glenn Houghtalin, 29, for a seat representing the 17th District on the county Legislature, although Houghtalin was quickly criticized for moving into the district that same week. His former home on Walnut Street was in the 16th District, which already had a Republican candidate. Houghtalin said the timing of the move was coincidental; he resigned his post and withdrew his candidacy but the committee refused to accept either. [Houghtalin died earlier this year at age 78.] 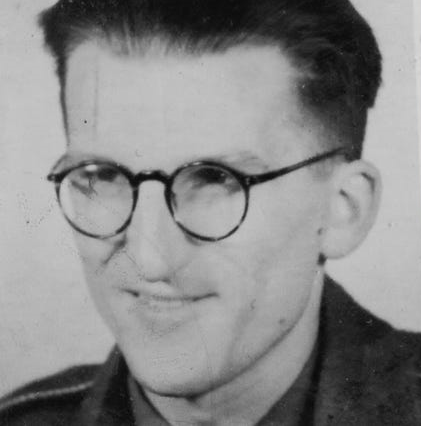 Zdzislaw “Brother Stanley” Kolowski, who taught at St. Lawrence Seminary in Beacon, spoke at St. Mary’s School in Wappingers Falls about his experiences in a German concentration camp during World War II. A native of Poland, Kolowski had “12988” tattooed on his wrist by the Nazis. The gas chamber was full the first time he was sent to die; at a second camp, he was liberated by U.S. soldiers two hours before a scheduled execution. Kolowski had been arrested by the Nazis, along with 16 other Capuchin Franciscans, as they tried to sneak Jews out of the Warsaw ghetto disguised as friars.

John Robinson of Beacon High School finished third in the 110-meter hurdles at the Class B state track-and-field championships: Cheston Bulgin was sixth in the shot put. 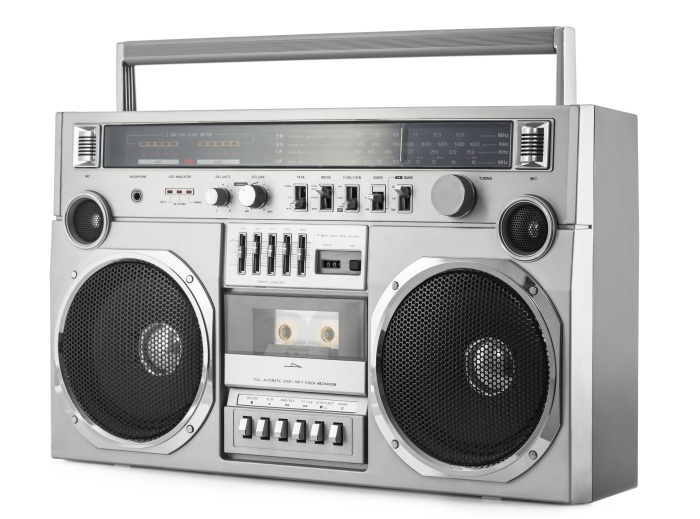 The City Council revised the city noise ordinance to allow police officers to confiscate “boom-box” stereos at any time. (The law had only prohibited loud radios from 11 p.m. to 7 a.m.) The council also voted, 4-3, to remove a provision that compelled people using radios on public property to wear headphones.

About 35 volunteers from IBM East Fishkill gave the Fanny Fay Girl Scout Building at Vine and John streets a face-lift by cutting down a dead tree, building picnic tables, painting and resetting the blue-stone walkway. The Girl Scouts had purchased the former Civilian Conservation Corps house in 1937; George Morrison donated $200 on the condition it be named for his mother.

The Beacon school district said it planned to spend $1.8 million over three years to put computers in every classroom and create an electronic network.