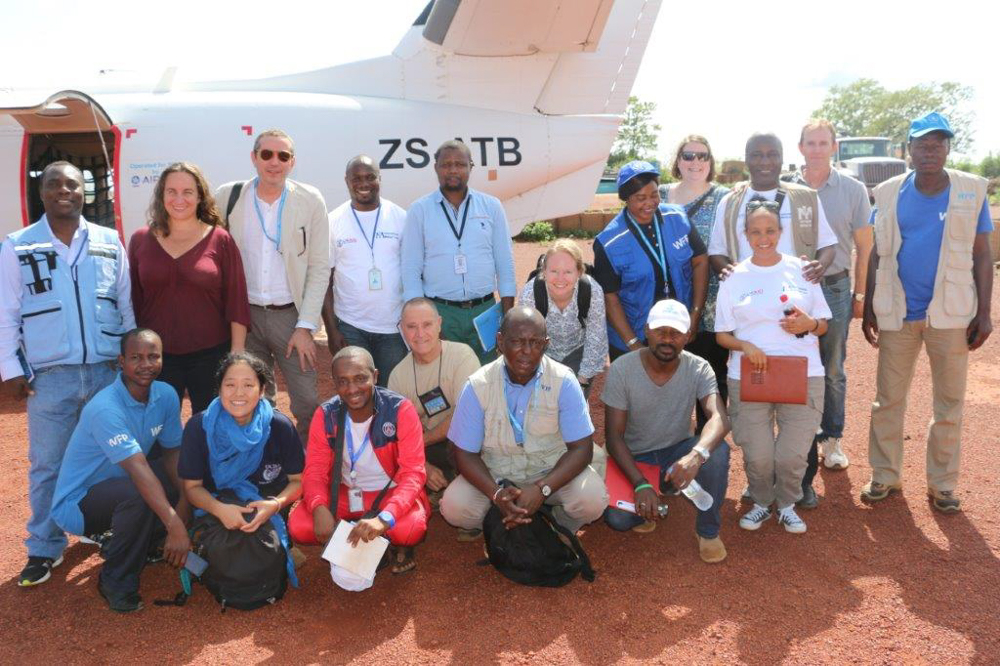 Lattu poses with agency colleagues in the Central African Republic, where they monitored aid to displaced residents in Bambari. (Photos provided)

Kirsti Lattu probably has had more challenging days at work than you have.

The Nelsonville resident has spent more than two decades working for international aid agencies, including the U.S. Agency for International Development (USAID), the Humanitarian Accountability Partnership and Doctors Without Borders.

Her assignments, which have ranged from months to years, have taken her to 45 countries, including Haiti, Chad, Congo, Sudan, Afghanistan, Kosovo, Madagascar and Thailand. Most recently, she spent nearly three years in the Central African Republic as a senior humanitarian adviser for USAID. She spoke with Alison Rooney.

Was this profession always something you were drawn to?

From probably the age of 10 I wanted to go overseas. I joined the Peace Corps and trained in Zaire [now the Democratic Republic of the Congo] before serving in Rwanda. Then I did public health work as a volunteer in Rwanda; I was in the last group before the genocide began [in 1994]. Being in a war zone was a game changer and convinced me that I wanted to continue working in international disasters. So, it was not a completely straight path.

Is every assignment different?

In international-disaster response, an organization will ask me to go to a country and figure out how we can help collectively or assess critical staffing gaps. I’ll always be asked to participate or lead in a response assessing “What are the needs?” When there’s a crisis, there are great resources put out by the United Nations and donor countries that you can tap into for what’s happening now, and who’s who.

Is there ever resistance from the people you are trying to help?

You’re there to provide assistance, and there’s a space for that, although sometimes it has to be negotiated. With the vast majority of people, there’s a willingness to accept assistance. It’s lifesaving in a lot of places. There is rarely an expression of, “Why bother? It’ll just happen again,” because there are immediate problems which need solving, such as “Where am I going to sleep tonight?” or “We need water, shelter, a cooking pot.”

What are the toughest challenges?

Some conflicts have been going on for many years, with populations displaced multiple times and stuck in limbo because of the insecurity. It’s discouraging to hear the stories of how many times people have fled, restarted and fled again. Humanitarian aid responds to urgent needs; it doesn’t end conflicts and restore stability. That’s for political actors, governments and peacekeeping. I’m pragmatic about what aid can’t do and try to stay optimistic.

Anywhere you go in the world, people have more in common than they do differences. We all want to survive until tomorrow so we can build the day after. The challenge with natural disasters many times is that there’s an acute phase that’s over quickly, before recovery. I’ve worked in a lot of acute situations.

What do you see as the biggest global threat?

Climate change. I see it in drought responses. Subsistence farmers may not be able to raise enough to support their families. We’re always assessing, asking: “How long has it been since you’ve had a normal harvest? How often does this river rise this high?” 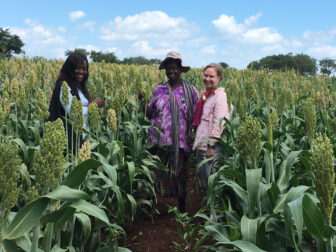 Kirsti Lattu assists with a post-drought crop assessment in Zimbabwe.

Is there burnout among aid workers?

Yes, but the wonderful thing about being in this field for so long is you see tangible things happen for communities you’re working with and for. The people I work with are principled, dedicated and creative problem-solvers, in a diverse international arena that’s inspiring. It’s a compelling way to spend a day at work.

Depending on security, you may not be able to just go for a walk. [To combat burn-out], I made time to read, do yoga or to send a quick message home to family and friends. Most of the time, I’d get up every morning feeling a great sense of purpose wondering what the day would bring. I’ve never had a dull day, frankly.

Has Cold Spring provided a respite?
I’ve lived here for almost 16 years, though I’m gone 75 to 80 percent of the time. My spouse and I met in college. We came to Cold Spring at a time when we needed to find a way to put our lives under one roof. We came up for a day, went kayaking, and it rained, and that was it, we found it here. It’s been a magical place to come home to and has made it possible to continue working in some of the more difficult places in the world.

Does working in the field require the idealism of youth?
When working in humanitarian crises, you’re focused on who’s fighting where, and on creative problem-solving. Everyone involved is probably idealistic and opportunistic but also pragmatic about what’s feasible for the long haul. You’re working in insecure environments, and aid workers are killed. It requires a lot of thinking wisely and you don’t learn those skills in your first assignment.

Is it hard to leave a crisis? Do you suffer from survivor’s guilt?
Sometimes there’s an emotional attachment, and sometimes not, but there is always empathy. It’s not always a negative not being able to stop something. It’s also a matter of how you advocate for others to come and start to fill those spaces. There’s a profound responsibility in being in places many people cannot go.

When communities share things with you, you have a responsibility to do something with that. I remember one community in northern Congo, where I talked with a woman chieftain who said: “Thank you so much for the tools, and the seeds, which we planted, but our challenge is we can’t cross the river, so can you help us with the barge?” They needed it to bring the crops to the larger markets. We managed to figure it out and connect the dots. She was clear on what they wanted and what they didn’t need. When I’m leaving an area and someone says, “I hope to see you again,” I reply, “No, you don’t, because it means something bad has happened. I look forward to traveling to your country as a tourist.”

The original version of this post said that Lattu had served in the Peace Corps in Zaire; in fact, she trained there but served in Rwanda and then remained in the country as a public health volunteer. It also stated she met her spouse in high school; they met in college.