Ben Martinez graduated from the U.S. Military Academy at West Point in 1997 and lived in Cold Spring from 2006 to 2009 while teaching philosophy and English at the academy. In August 2009, he was deployed to the Uruzgan, Kandahar and Zabul provinces of Afghanistan, where he served with the Army’s 82nd Airborne Division until September 2010.

During his 14-year military career, Martinez also served in Iraq, Saudi Arabia, Israel, Kuwait and Qatar. He left the Army in 2011 as a major and now works in software sales. He lives in Virginia with his wife and son; his daughter attends college in California.

What are you feeling as the U.S. pulls out of Afghanistan?

I understood the need to pull out; it’s been 20 years. I have some sadness, reflecting on those we lost, but I remain proud of what we did, what we accomplished. What I’m feeling most is determined: I’m determined to help my fellow veterans not lose sight of the good.

Were you just doing your job as a soldier while there, or was there more to it?

I thought we were making a difference. But I understand we didn’t have the resources to make the entire country safe. Afghanistan is roughly the size of Texas, with about 10 million more people. It’s tough to provide the security needed to make that population feel safe and to alleviate the Taliban’s influence. Seeing the education of children, specifically girls, was worth the sacrifice, in my opinion. 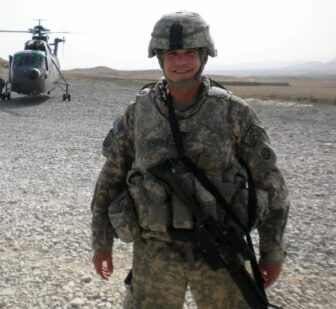 Did you think a better future for Afghanistan was a realistic goal?

It felt like a waiting game. Afghanistan is not our home, and I always had a feeling that the Taliban had the patience to just wait for us to leave.

Did you suffer personal losses there?

Many. I still dream about some of those who were lost.

Who are you most concerned about now?
My fellow veterans, especially those suffering from depression or PTSD [post-traumatic stress disorder]. I worry the pullout could be a massive trigger, causing an uptick in undesirable incidents. I know many feel a sense of hopelessness. We all want to believe those who died, were wounded, or whose lives have been forever changed did not make that sacrifice for no reason.

Major Ben Martinez: Back From Afghanistan
By Michael Turton | Sept. 18, 2010

Can Afghanistan be compared to Vietnam?
There are some similarities, but they are two different wars, with different terrain, troop strengths and national commitments. It’s easy to see photos of an embassy with a helicopter lifting off and say they are similar. Both show that leaving an engagement must be as heavily planned as invading a nation.

Has Afghanistan influenced your view of U.S. politics and life here?
The increased divisiveness is only becoming worse. When we cannot even agree on a starting point for the truth, it makes it increasingly difficult to engage people. As a result of the pandemic, this divide has grown as people increasingly use social media without having to truly communicate with others. 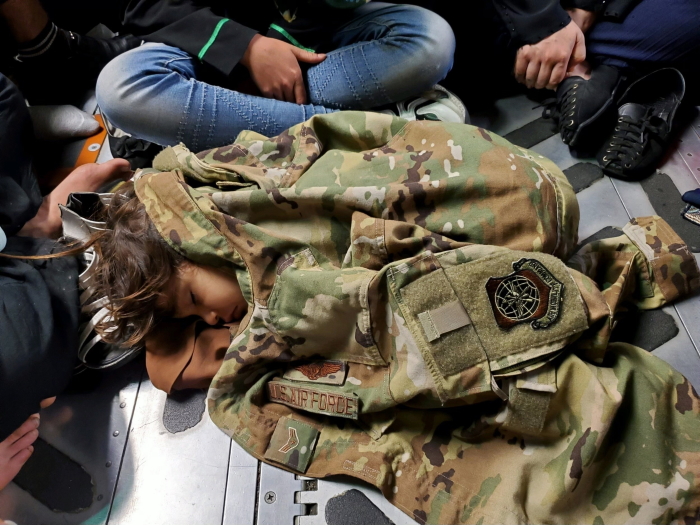 An Afghan child sleeps on the floor of a U.S. Air Force C-17 under the jacket of one of its loadmasters during an evacuation flight from Kabul on Aug. 15. (U.S. Air Force)

What should the conversation be about here?
Before people criticize, they should try to understand what happened. I see a lot of criticism on social media from people who have no business commenting because they don’t understand Afghanistan. People may want to criticize for political reasons, but I hope they recognize there is an American soldier or veteran who is hurting because of what happened.

How will history treat the U.S. role in Afghanistan?
I hope the girls and women we helped educate will be a beacon. Those women cannot be un-educated, and I hope that will make the difference. This will be judged based on what happens over the next 10 years. I am hopeful, but also realistic.

After 40 years of war, is there hope for Afghanistan?
The Taliban is saying the right things now, but they need humanitarian aid, so take that as you will. We will have to see what happens once we leave. Will it become a terrorist training ground? Will they completely halt education for girls?

Elected Officials, Aid Agencies Prepare for Afghan Refugees
But downstate cost of living, housing too high for most newcomers
By Chip Rowe

Has all of this affected how you view your military career?
I’m still proud of my military service; I served with some of the greatest people I know. I miss the military every day, but I understand there are limitations to some of the good things we can do based on national or military policies. We sacrificed a lot for an unfortunate outcome. But we conducted ourselves in an honorable manner; I do not think our mission was in vain. We certainly helped people have a better life while we were in Afghanistan.

Do any good memories stand out from your time there?
In any wartime deployment, there are hours of boredom and moments of terror. I enjoyed talking to all our soldiers, allies and Afghan allies. It taught me that people are people. For the most part, people just want their family to be safe, they want security, and they will follow whoever is in charge. I learned we can find areas where we agree, and we can have conversations where we agree to disagree.