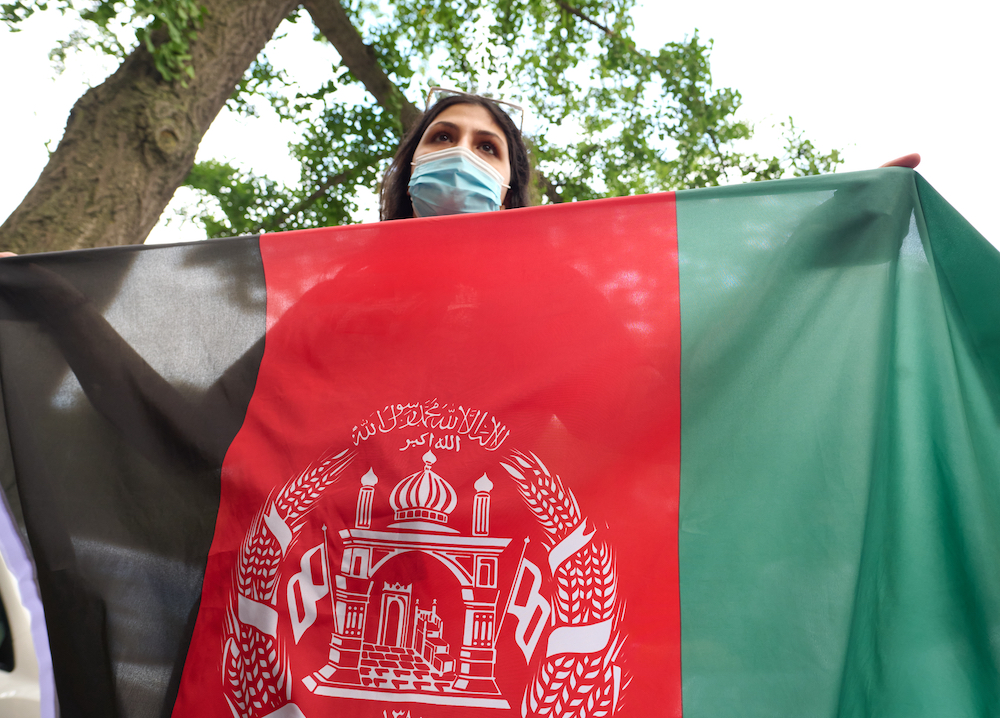 Protestors rallied outside the Brooklyn home of Sen. Chuck Schumer on Saturday (Aug. 21), demanding that the U.S. open its borders to Afghan refugees. (Photo by Edna Leshowitz/ZUMA Press Wire)

But downstate cost of living, housing too high for most newcomers

Elected officials from the state Assembly and Senate, including Jonathan Jacobson, a Democrat whose Assembly district includes Beacon, wrote President Joe Biden last week saying “we welcome asylum seekers and refugees from Afghanistan and stand ready to support them when they are here.”

But it’s unlikely that many of the tens of thousands of Afghans being evacuated from the country ahead of a Taliban takeover of the Kabul airport will be relocated to the Hudson Valley or New York City — the housing and cost of living is too expensive unless they already have family here.

The Afghans who are being evacuated have received what are known as Special Immigrant Visas, or SIVs, through a program created by Congress to assist those who served as drivers, translators, “fixers” or otherwise assisted the U.S. effort over the past 20 years to stabilize the country.

With thousands of Afghans being flown out of the country each day before an anticipated Tuesday (Aug. 31) deadline, agencies in New York that help with visa applications and resettlement have been busy.

The SIV assistance program at Hearts & Homes for Refugees in Westchester County has “gone into overdrive in the past month,” its founder and president, Kathie O’Callaghan, wrote in an email.

“We are intensely focused on two fronts: Afghanistan and our communities in the lower Hudson Valley,” she said. “Despite the U.S. promise to protect our allies, more than 18,000 people and their families — about 80,000 people — have been abandoned to the retribution and violence and threats of the Taliban.”

Hearts & Homes, which is based in Pelham, has trained more than 50 volunteers for its SIV assistance program and partnered with groups such as Veterans for American Ideals and No One Left Behind. The volunteers “have been working day and night” on more than 60 cases to help Afghans “overcome bureaucratic hurdles to evacuation,” O’Callaghan said. The process includes securing letters of recommendation and employment verification letters.

Unfortunately, her program is at capacity.

“We are heavy-hearted, knowing that this crisis and the lives of our allies did not need to end this way,” she said. “As you can imagine, the desperation and loss of hope that our Afghan allies are feeling is also taking its toll on our volunteers. We know our efforts are helping some, but not all.”

She said the resettlement program has seen an uptick “after four years of anti-refugee sentiment and policies” under the Trump administration. Her agency works with groups such as Rivertowns for Refugees; Neighbors for Refugees in Larchmont, which resettled its first Afghan family in 2018; and the Interfaith Council for New Americans Westchester.

Hearts & Homes also acts as sponsors for refugee families, providing up to 12 months of support, a furnished home, rental assistance, job networking and assistance enrolling children in school, navigating the health system and learning English. “The goal for everyone is self-sufficiency as soon as possible,” she said.

Its partners in that effort include Catholic Charities, the International Rescue Committee and the Westchester Refugee Resettlement Program operated by HIAS, which was founded in 1881 as the Hebrew Immigrant Aid Society. 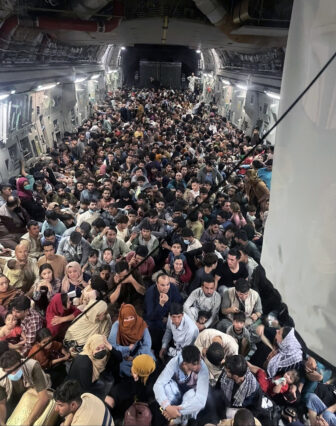 The Afghan refugees who are resettled in the New York City area will likely already have family members here, said Mario Russell, director of immigrant and refugee services for Catholic Charities, in a statement. It’s too expensive, otherwise, he said.

In fact, the U.S. State Department, which provides SIV holders with a list of cities around the country that have a “reasonable cost of living, housing availability, supportive services, and welcoming communities with volunteers and resources,” suggests only one in New York: Buffalo.

The agency cautions new arrivals that “it is best to allow a resettlement agency to choose a suitable location for you” because the cost of living in parts of the U.S. may be far more than resettlement benefits unless friends or relatives can help.

The influx of refugees from Afghanistan is unusual in that a process that can take months is being done in days, said Russell. “This is not a rush job, but the process is being expedited,” he said. “The circumstances under which people are leaving are so much more confusing, so much more, frankly, chaotic. People have typically been processing for months, if not years. These families are moving much more quickly, so I think the dislocation is profound.

Catholic Charities said that as of Tuesday (Aug. 24) it had assisted 13 refugees in New York, admittedly “a small number compared to the thousands of Afghan families who risked their lives to help the U.S. military.” In three cases processed before the Taliban takeover, a family of seven was placed temporarily with relatives in Queens; a single man joined his family on Long Island; and a second family of five settled on Long Island.

“It will be a hard adjustment for the children,” Russell said. Another challenge is finding jobs for the adults, he said, and the charity noted that housing could be a particular challenge because many Afghan families are large by U.S. standards.

How You Can Help

The following are regional organizations who are assisting Afghan refugees:

There was an effort in 2017 by coalitions organized at Vassar and Marist colleges to bring more refugees to the Hudson Valley, although it was stymied by an executive order by then-President Trump that severely limited who could enter the country. The Vassar group set up a Mid-Hudson Refugee Fund administered by the Community Foundations of the Hudson Valley, and Church World Services agreed to work with the Mid-Hudson Refugee Solidarity Alliance by opening an office in Poughkeepsie with the goal of settling 80 refugees within a year. Both efforts stalled.

More than 100 Afghan families have settled in Rochester since 2014 with the help of Keeping Our Promise, a charity that assists with the SIV program and provides apartments and help finding jobs. It said its refugees have included Pashtuns, Uzbeks, Tajiks, Hazara, Turkmen and Nuristanis from Afghanistan, Sunni and Shia Iraqis, and Kurdish allies.

In Albany, the field office of the U.S. Committee for Refugees and Immigrants said it has helped settle more than 4,500 immigrants since 2005, primarily from Afghanistan, Burma, the Democratic Republic of Congo, Iraq and Syria.

On Aug. 17, Rep. Sean Patrick Maloney, a Democrat whose district includes the Highlands, and who is a member of the House Intelligence Committee, said “our top priority must be the safe return of U.S. civilians, service members, diplomats and Afghan allies.” People with loved ones who need assistance leaving Afghanistan can call his office at 845-561-1259 or visit bit.ly/afghan-form.

On Wednesday, Hochul said residents wanting to support Afghans arriving in New York could call the state Office for New Americans at 800-566-7636 for information. Immigrants can also use the number for assistance in more than 200 languages. The hotline operates from 9 a.m. to 8 p.m. weekdays.