Donna Ramlow is the executive director of the Dispute Resolution Center, a nonprofit that serves Putnam, Orange, Sullivan and Ulster counties. She joined the organization 29 years ago as a volunteer. 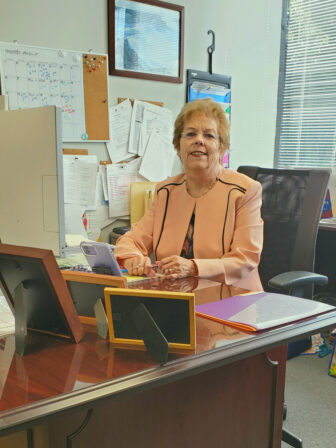 What disputes are you resolving?

Our mission is to “promote the peaceful resolution of conflict.” Cases are referred to us by family courts or local courts. Individuals can also call our office. There are DRCs for every county in New York state [including the Mediation Center of Dutchess County]. Most cases involve parental custody. Which parent will have physical custody? What will the visitation schedule be? What about holidays? Once the parents agree, they prepare a written agreement that becomes a court order. Without that, the agreement is not enforceable; it’s just an agreement between two parties.

What other kinds of disputes do you mediate?

We handle neighbor disputes such as property issues, noise, dogs and nuisance vehicles. Also, breach-of-contract cases, which are often referred from small-claims court. It could be a consumer unhappy with a contractor’s work, or a contractor seeking payment. We mediate landlord-tenant conflicts. The landlord may be suing for back rent; the tenant may want the deposit returned. We sometimes deal with adult siblings who disagree over a parent’s care or property issues after a parent’s death. We also address parent and youth discord, including issues such as behavior, problems at school and family rules.

Who does the mediating?

Our mediators are volunteers who complete 40 hours of training, then serve an apprenticeship to become “neutrals.” They don’t take sides, nor do they give advice. They are trained to ask questions and get the disputants to talk and to listen to each other. Because of COVID-19, our mediations are being done virtually instead of at our offices, which are neutral settings. We’re always looking for mediators, especially people who are bilingual in Spanish and English.

Why use mediation rather than a lawyer?

The lawyer advocates for one person. In mediation, each party advocates for themselves. Aided by a neutral mediator, they come to a resolution. Both sides may compromise, which is a win-win outcome. Also, our community and family mediations are free, although we do charge a nominal administration fee. Divorce mediation is not free; the parties share the cost.

Have you mediated any memorable cases?

Yes. There was one case in which a woman petitioned the court to have her neighbor’s tree cut down because it filled her yard with leaves. In mediation, the neighbors talked for the first time in more than a year. As I asked questions, it turned out it wasn’t about the tree at all. The woman was upset because after her husband died, the neighbors with the tree stopped inviting her to their backyard barbecues and family celebrations. The neighbors reached an agreement and restored their friendship. Mediation often reveals the real reason behind a conflict.

One thought on “5 Questions: Donna Ramlow”