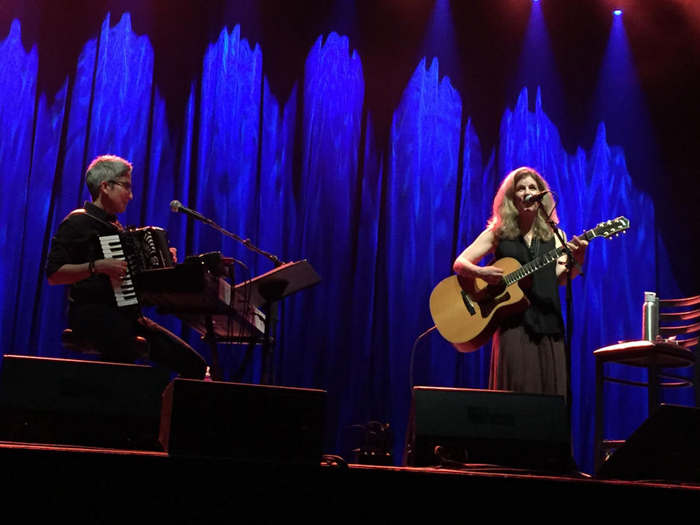 Cold Spring singer-songwriter Dar Williams is back on the road after a year-long delay because of the pandemic. (Photos provided)

In November 2020, we interviewed Cold Spring singer-songwriter Dar Williams about the cancellation of her new album’s release and a new tour because of the pandemic. A year later, Williams’ album, I’ll Meet You Here, is now out and she is in the middle of a coast-to-coast tour. She spoke to The Current from St. Louis.

It’s 90 percent great and 10 percent anxious. We had one show that got canceled at the last minute. How you act is dependent on the people that you’re around, and everyone that we’re around takes everything very seriously, so it’s like, “As long as we do this, we can do that.” Just like anything, we work around the limitation, and then we get to have everything. So far, we have stayed safe and, I believe, have kept everybody around us safe, including the audience. Dare I say that it feels normal? 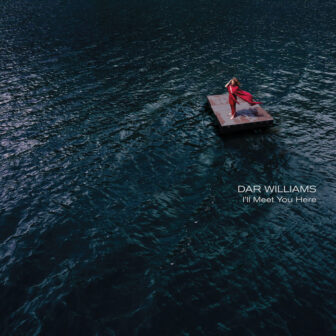 It feels like a reunion, but it also feels like a reunion with the trees and the architecture and the neighborhoods — coming back to the same concert halls. It’s more than just the people. It’s the air around us as well. The first gigs that I did, the audience was giddy. We were vaccinated, we were outside and we felt like we could see the other side of this thing. It was something you could feel in the air. That’s another cool thing about performing: You can feel the audience after you’ve been doing it for a while. I’m experiencing a lot of gratitude for what I do for a living and I’m sensing that from audiences, too. They’re grateful for the phenomenon of live performance in a way that they didn’t necessarily realize they were before the pandemic.

How have the logistics of touring changed from pre-pandemic?

The story we’re seeing is more an emotional story than a logistical one. People were rattled by what happened the last year-and-a-half. It shook them up. Sometimes it rattled them, sometimes it enlightened them and sometimes I think people learned a lot about themselves during this time. More than one person has said, “I’m sorry. I’m not good at interacting right now. I’m still remembering how to be in a social setting.”

Is it a challenge being in states with different guidelines?

There’s a huge mix of how people approach this in hotels and stores. Every state is a mix. They have their various mandates, but the citizens themselves are a big mix and you can have the strictest mandate and still have people trying to defy it and you can be very loose and still have lots of cities and towns where people are even more careful than I have been. The concerts have requirements. No matter what states I’m in, the parking lot at my concert will have cars with “Coexist” bumper stickers [supporting religious tolerance] on them. So, the concerts are fine.