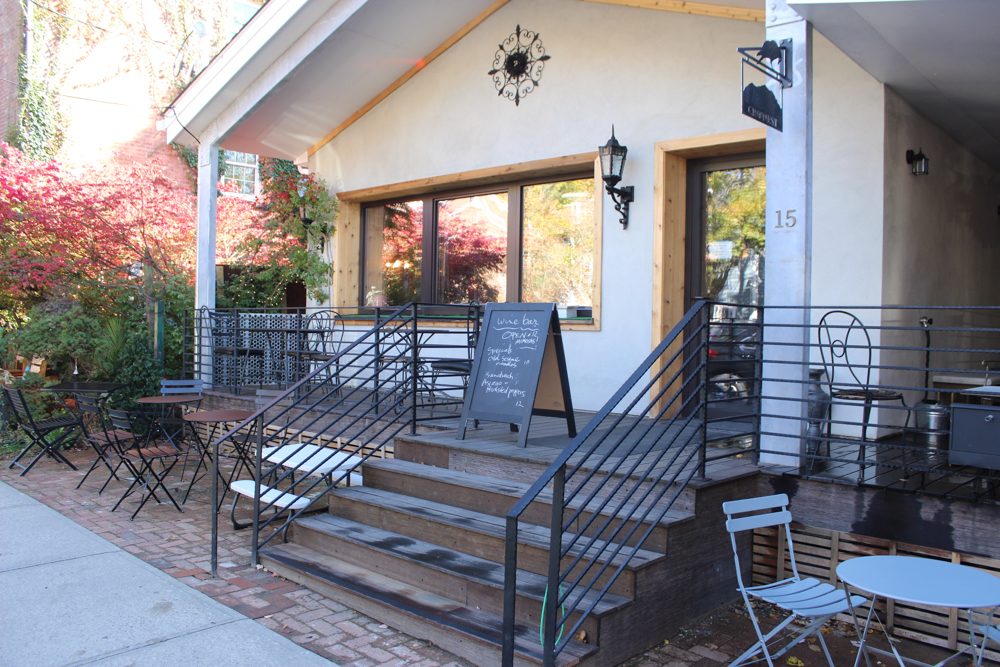 After months of back-and-forth with the village about the placement of an access ramp, the Cro’ Nest has opened at 15 Main St. in Cold Spring with wine, cider and beer on the menu.

Two years ago, when the property was empty and on the market, Laura Bergman says she passed by frequently.

“It was a derelict site — its last incarnation was a Pilates place,” she recalls. “I lived around the corner, less than 30 seconds away, and every time I walked by I’d think, ‘If I ever wanted to do something, this was the opportunity.’ ”

From the start, she wanted to create a wine bar, and she thought the location was ideal. The dispute over the Americans with Disabilities Act access ramp, which extended onto municipal property, was resolved (New York State allowed it to be slightly steeper), and on Oct. 16 the village gave Bergman the OK to open. 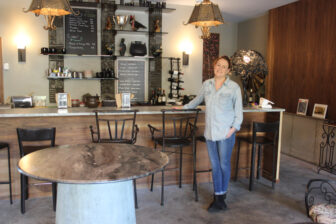 Chloe Lecash, who manages Cro’ Nest, at its bar (Photo by A. Rooney)

Since then, Bergman has been pulling together all the elements of her business, named “for the mountain across the river, which is 1.4 billion years old — it’s the old spelling.” She has done the interior design herself, aiming to create a “cozy, eclectic, atmosphere” serving its purpose as “a place to meet up, have wine and beer and snacks, and not be a coffeehouse.”

Cro’ Nest stocks four reds, four whites, a prosecco, a rosé, six beers and two ciders, one of which, Kopparberg, is the national drink of Sweden, according to one of the bar’s managers, Chloe Lecash of Beacon. (The other is Bianca Moreno of Cold Spring.) 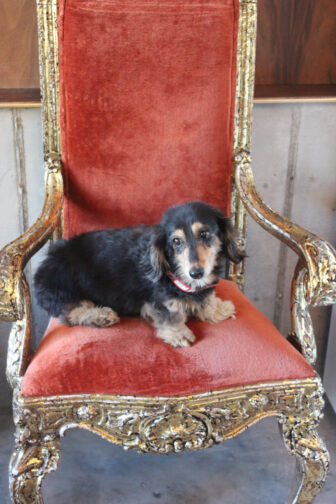 Lola, the Cro’ Nest mascot, on her throne (Photo by A. Rooney)

For food, the mainstays include smoked-salmon sandwiches, curried-tuna sandwiches, a cheese plate and a hummus plate that includes Bergman’s homemade bulgur salad, along with hot pretzels and rolls.

The customers have been a mix of locals, hikers and people coming off the Seastreak cruise boats — several of whom knocked on the door just before the noon opening on Sunday (Nov. 7), during my visit.

Neighbors familiar with the site from years past have shared tales of its previous life as a soda-and-candy shop, as well as a place where boat-building took place.

One thought on “Wine Bar Opens on Lower Main”