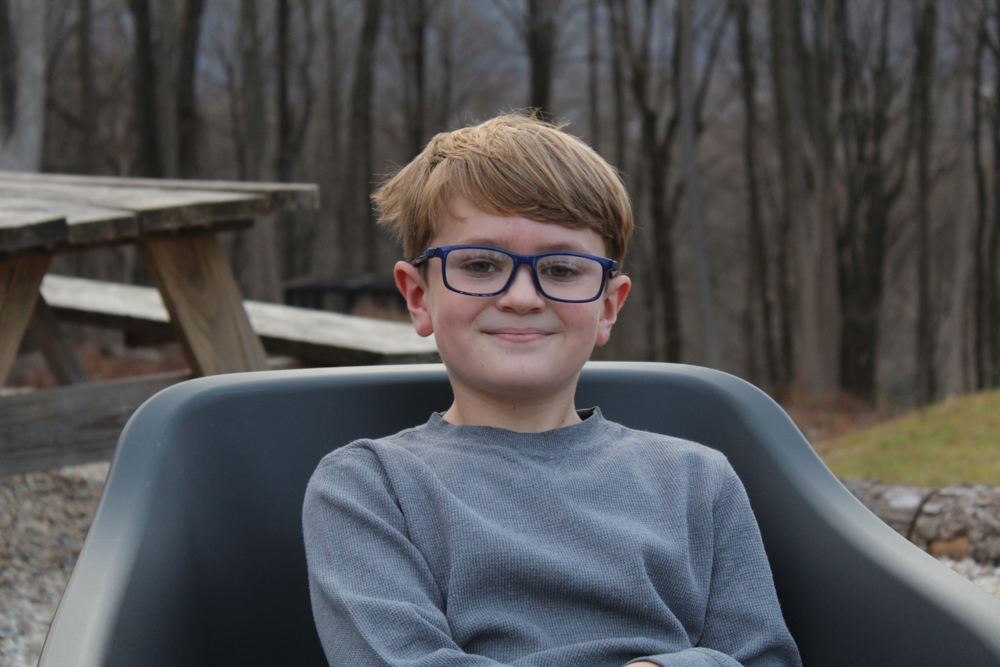 Zade Matthews, a fourth-grader at Haldane Elementary School, won a college scholarship after being vaccinated against COVID-19. (Photo by L. Spark)

Award covers tuition, room, board at SUNY or CUNY schools

Vaccine shots for COVID-19 have allowed Zade Matthews to return to class at Haldane Elementary School.

They are also sending him to college for free.

A fully vaccinated Matthews rejoined his fourth-grade classmates on Dec. 13, attending in-person classes for the first time since Haldane’s school year started in September, when Dutchess and Putnam counties were facing a new wave of COVID-19 cases fueled by the Delta variant of the virus that causes the illness.

The award came via the state’s Vaccinate, Educate, Graduate program, which was launched in November to encourage parents and guardians to vaccinate children between 5 and 11 years old. Children receiving their first vaccine dose by Dec. 19 could enter a drawing to receive one of 50 scholarships covering tuition, room and board at a SUNY or CUNY school. The state began announcing 10 winners each week on Nov. 27.

Eliza Matthews, Zade’s mother, initially thought the email she received on Dec. 13 from the state’s Higher Education Services Corp., notifying her that her son’s name had been selected in the fourth round, was a scam. Zade, who is the first winner from Dutchess or Putnam counties, was equally skeptical. He thought “she was messing with me,” he said.

The cost of attending a four-year SUNY school, including housing, is about $27,000 annually, and a CUNY school, about $32,000. For Zade and other winners, the scholarships also will cover books and supplies and transportation costs if they commute.

Eliza Matthews said she felt an “immediate lightness” when she realized the email was authentic. “It’s just like this huge burden lifted.”

The federal Food and Drug Administration first authorized the two-dose Pfizer vaccine for children between 5 and 11 on Oct. 29. Since then, Zade is one of nearly 400,000 New York residents in that age range who had received at least one dose and among 230,000 who were fully vaccinated as of Monday (Dec. 20).

In Putnam County, 21 percent of children between 5 and 11 had received at least one dose as of Monday, and in Dutchess, 22 percent.

Eliza Matthews said she had been awaiting federal approval of vaccines for children younger than 12 and booked an appointment for Zade within days of their availability. Her daughter, 13, is also vaccinated.

“We have people in our family who are vulnerable, so it meant a lot to us to be protected and protect them,” she said, adding: “I want them [children] back in school; I want them to have a normal life.”