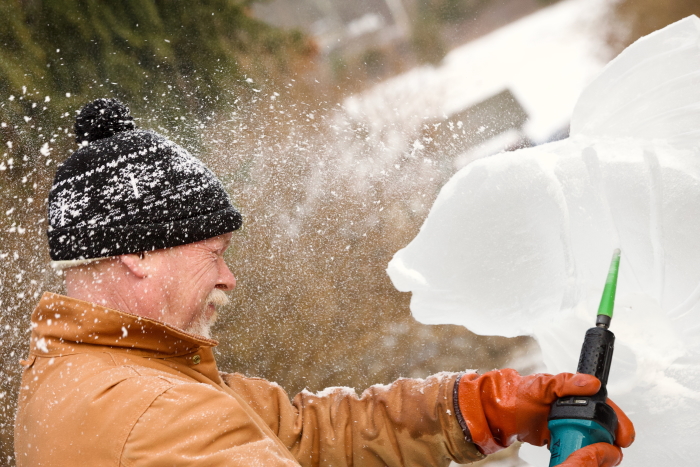 LET THE CHIPS FALL — Ice sculptor Bill Bywater adds detail to his emerging fish at a gathering last month to honor the education staff at the Hudson Highlands Nature Museum in Cornwall. (Photo by Ross Corsair) 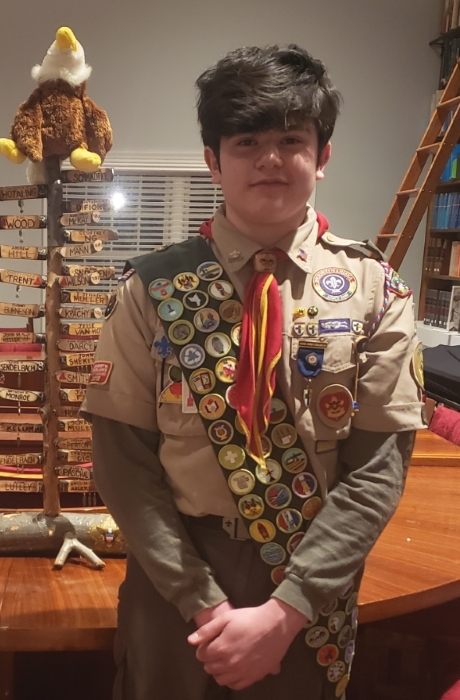 TOP SCOUT — Allen McKay, 14, a freshman at Beacon High School, recently became an Eagle Scout, the highest rank in the Boy Scouts. For his project, Allen and more than 30 volunteers constructed two picnic tables and painted the fieldhouse, six dugouts and a snack stand at Memorial Park in Beacon’s school colors. Allen is the son of Allen and Maria McKay of Fishkill. (Photo provided) 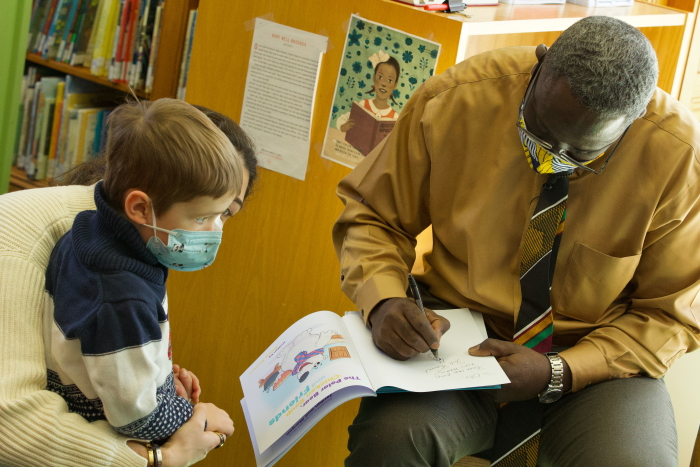 AUTHOR VISIT — Doug Brown, the author of The Polar Bear, Chicken Soup and Friends, visited the Desmond-Fish Public Library in Garrison last month to read and sign his book, which was given to each child who attended. (Photo by Ross Corsair) 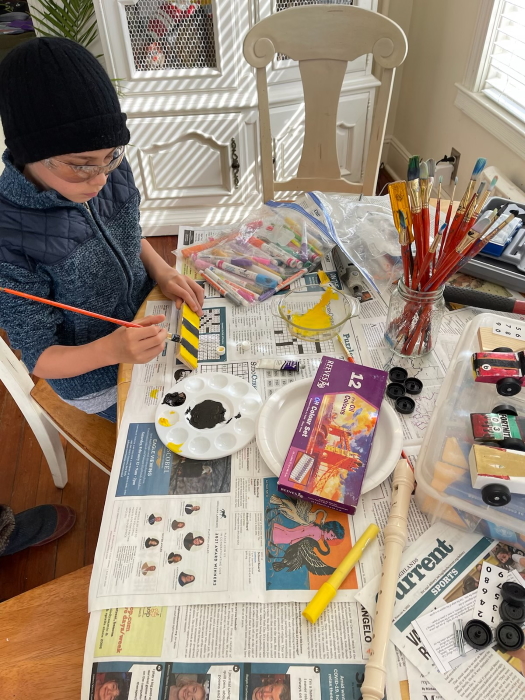 CAUGHT WITH THE CURRENT — Hudson Shackelford of Cold Spring prepared this week for the Pinewood Derby, which Cub Scout Pack 137 will host on Saturday (March 12) at the Philipstown Recreation Center in Garrison. Prizes will be awarded for the funniest, most realistic, fastest-looking, most creative and most colorful car — and maybe bonus points for recycling? (Photos provided)