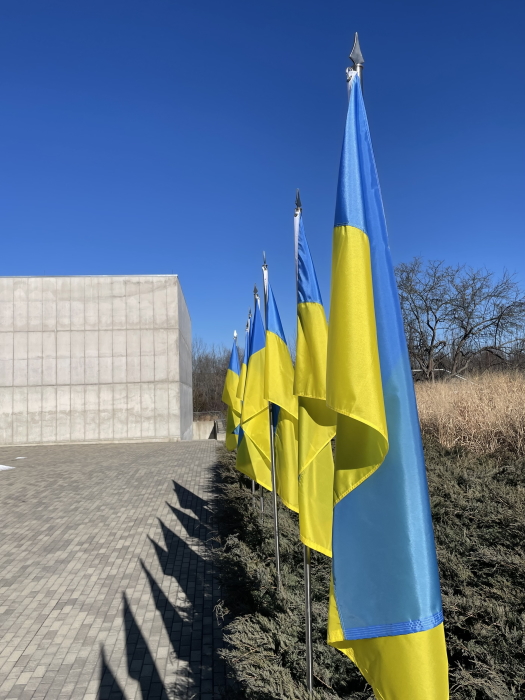 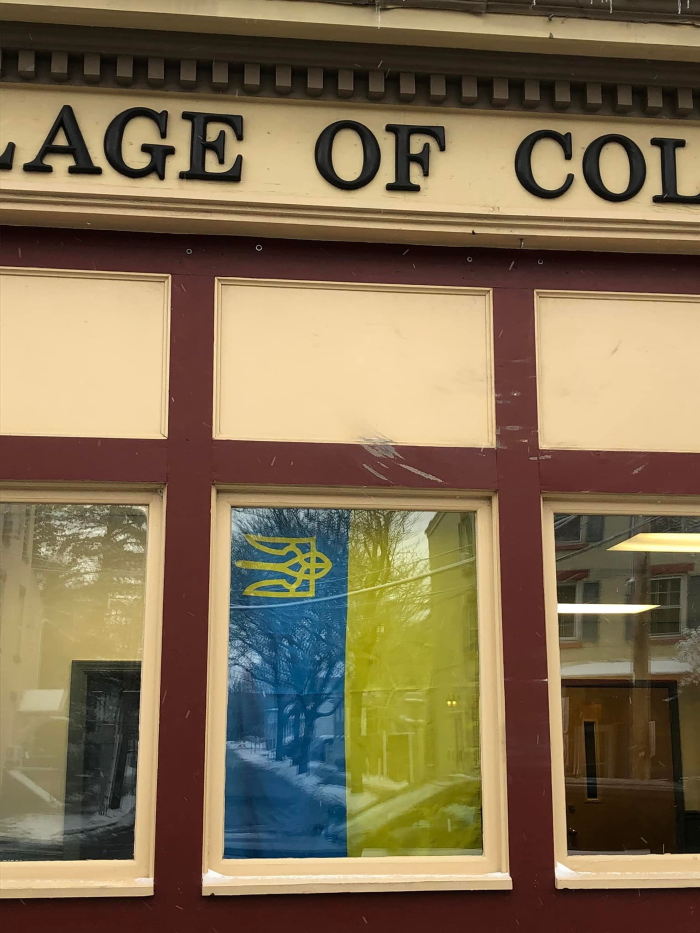 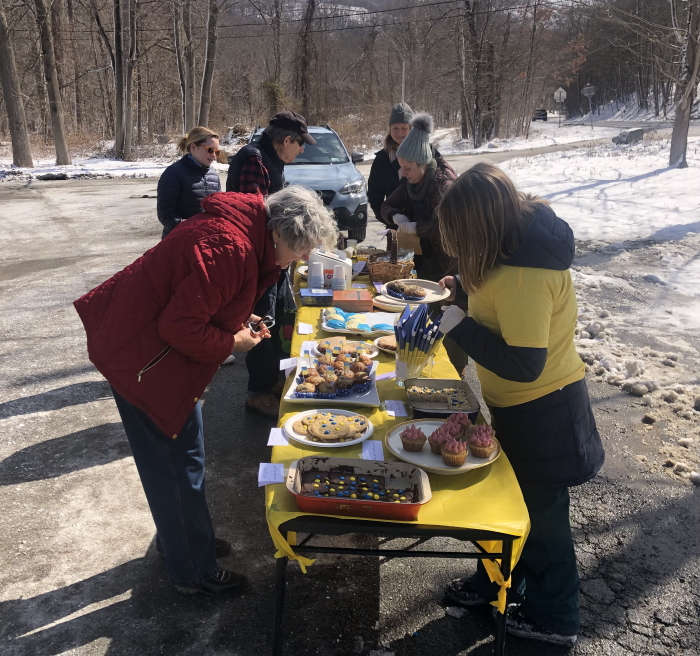 SUPPORT FOR UKRAINE — Magazzino Italian Art in Philipstown recently installed 18 Ukrainian flags on its grounds (top) while Cold Spring hung a flag in the window of Village Hall (center). On Sunday (March 13), four elementary students at the Manitou School in Philipstown — Willa Staempfli of Beacon, Sadie MacInnes of Cold Spring and Suri and Iona Stuart of Beacon — raised $1,223 for the Save the Children Ukraine Crisis Relief Fund with a roadside bake sale. 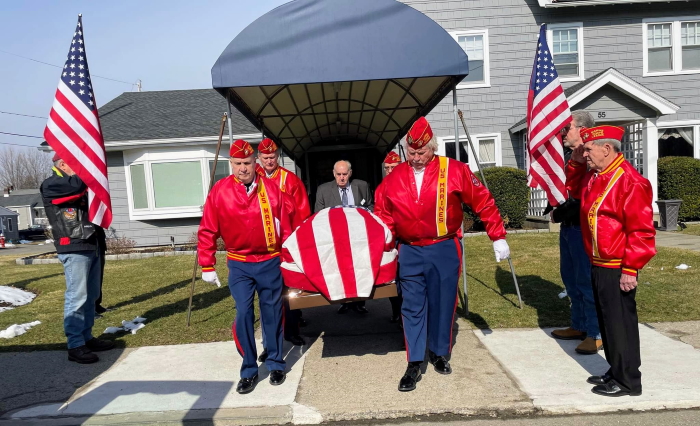 VETERAN HONORED — The Libby Funeral Home in Beacon on March 11 held a service for Luis Domingo Olivo-Paz, 83, a native of Puerto Rico who served two tours with the U.S. Marines in Vietnam but died without family. The Mass was led by the Rev. John Thawale of St. Joachim-St. John the Evangelist Church, and members of the Marine Corps League served as pallbearers. Members of the American Legion, Veterans of Foreign Wars, the Knights of Columbus and Scout Troop 41 also took part, and the Beacon police, New York State Police and Patriot Guard Riders of New York provided escorts. 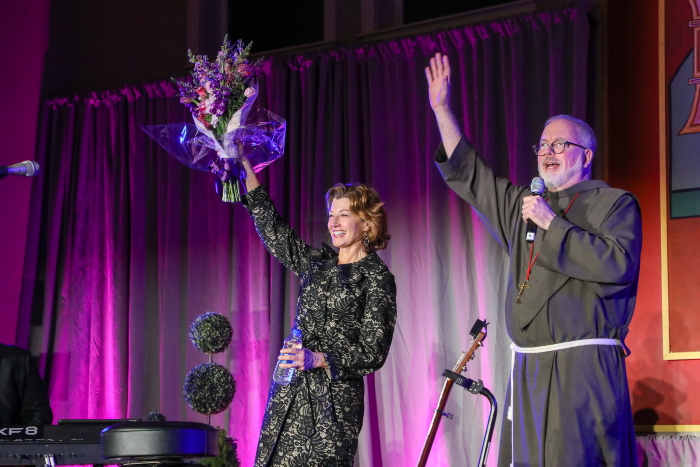