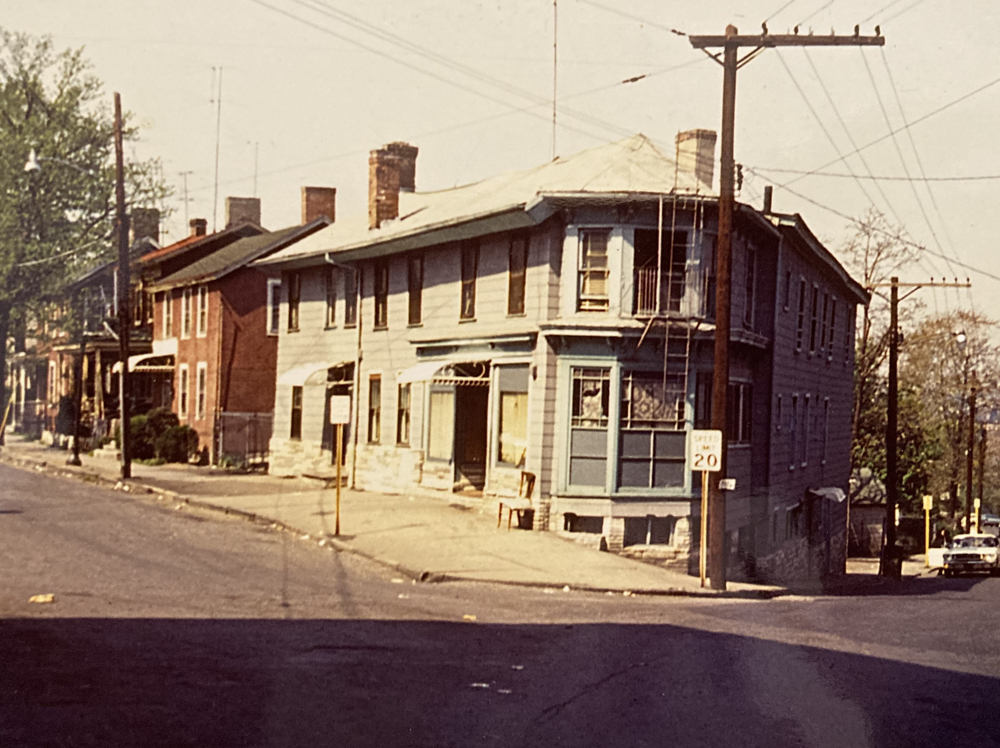 This building stood at the corner of Beekman and Ferry streets before urban renewal. (Photos courtesy of Beacon Historical Society)

Connie Perdreau’s childhood home extended beyond the doors of the large house her parents owned at 68 Beekman St. in Beacon.

The four-story was part of something bigger: the largely Black west end that filled an area between the industrial waterfront and Bank Square. Perdreau remembers a neighborhood where adults and children not only lived, but shopped and worshipped and played.

“It was a great community,” Perdreau said last month on the I Am Beacon podcast. “There was the camaraderie, the friends, the family, the church — all of that.”

The demolition of most of the area’s structures under the federal government’s urban renewal initiative in the 1960s and early 1970s is the subject of a project that Perdreau is collaborating on with the Beacon Historical Society, Howland Public Library, I Am Beacon and The Highlands Current. 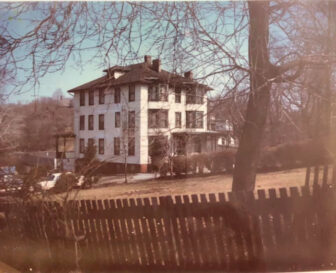 Connie Perdreau grew up in this house at 68 Beekman St. before it was demolished in 1971.

An estimated 142 buildings, 205 homes and 30 businesses were demolished after Beacon launched its version of urban renewal in 1964 and the City Council approved, in 1965, a five-phase plan calling for the large-scale demolition of so-called “blighted” properties and the construction of new replacement housing and commercial space.

Large swaths of Beekman, Ferry and River streets, and parts of Main Street, were among the neighborhoods in which buildings were demolished, including, in 1971, Perdreau’s childhood home.

It was a program that, as in other cities, spurred charges of classism and racism, angered preservationists seeking to protect historic buildings and left unfinished projects as funding dried up. Others used the program’s incentives to move to new apartments or buy houses in other areas of Beacon.

The project, West End Story: Urban Renewal in Beacon, will tell both those stories. 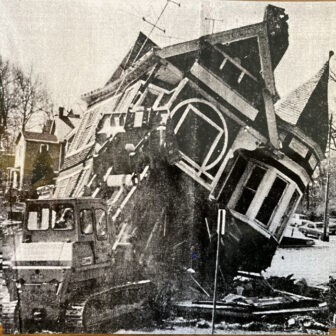 This west end house was bulldozed to make room for a development.

It will partly rely on historical materials, including documents and pictures, held by the historical society and the library, said Diane Lapis, the BHS president. The project is also looking for contributions — oral histories, photographs, documents, artifacts — from Beacon residents, she said. Anyone wishing to contribute can visit beaconlibrary.org/westend.

“We hope to hear the voices from the past to tell what happened, why, and its impact,” said Lapis.

Henry and Mazie Whitener, Perdreau’s parents, are part of that history.

Both were born and raised in South Carolina, where they met. Henry came north in 1936, landing a job as a chef at the Castle Point VA Medical Center, where many Blacks would work. Mazie, a teacher in the South, followed. Unable to find a job as a teacher with local school districts, she became a domestic at a hotel, said Perdreau.

Perdreau’s memories include worshipping at St. James AME Zion Church, founded by free Blacks in 1847 in what was then called Fishkill Landing; sitting in her home’s bay windows to watch people going to and from the ferry and train station; and riding a bus with her mother and other local residents to the March on Washington in 1963.

“Where I grew up does not exist anymore,” she said during the I Am Beacon podcast. “They couldn’t just save the nicer houses. They had to wipe out everything — the good, the bad and the ugly.”

Once the homes were demolished, several projects were built: Forrestal Heights, the public housing complex for seniors and families on Wolcott Avenue; the Davies-South Terrace Apartments; and the Hammond Plaza condominiums at Beekman and Ferry streets.

Beacon residents dislocated by urban renewal were generally given priority for units at the developments. Others used cash assistance to buy homes. Perdreau said her mother bought a house in the Mount Beacon Park community.

“It was a double-edged sword,” she said of urban renewal. “It destroyed our community; at the same time, it allowed a lot of people to have better, more recent housing.”

An earlier version of this story identified Diane Lapis as the executive director of the Beacon Historical Society. In fact, she is the president. It also should have noted that, along with 142 buildings, 205 homes and 30 businesses were removed. Finally, a post office was proposed but never built on the cleared parcels.