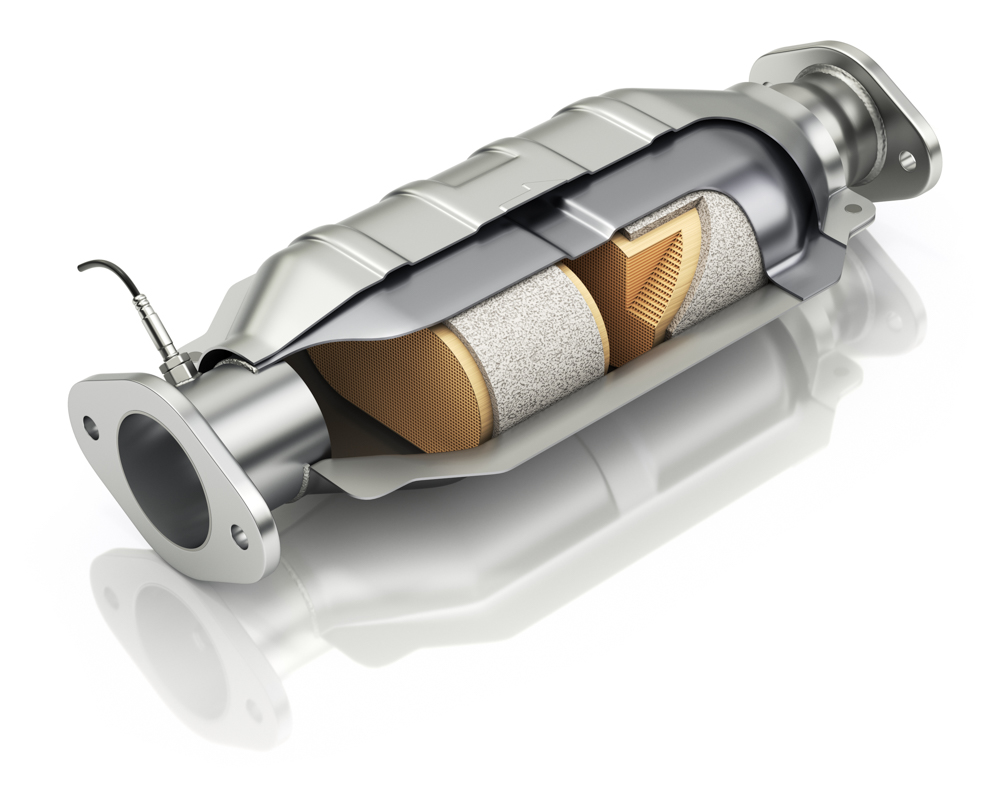 April Fool’s Day was no joke for Kelly and Jose Garcia of Beacon.

When Jose, heading to work, started his Honda Accord that morning, it sounded like a “race car,” he said. He looked underneath the vehicle and discovered what many other car owners have awakened to lately — that his catalytic converter, which reduces the toxicity of emissions from gas engines, had been stolen.

Security camera footage showed two men jacking up the car and removing the converter, said Kelly Garcia. “They were in and out of our driveway in not even four minutes,” she said.

The Garcias are among a growing fraternity of residents who have been victimized by a rise in catalytic converter thefts fueled by a spike in prices for the precious metals that can be mined from the small but crucial part.

The Beacon Police Department issued a warning on April 6 about a rash of stolen converters in the city. Residents, including the Garcias, have reported four thefts since April 1, all of the vehicles either Honda Accords or Honda Elements, said Det. Sgt. Jason Johnson. Hondas are a popular target because they can have high ground clearance and converters with a high concentration of precious metals.

On March 17, the Putnam County Sheriff’s Department reported the arrest of a Connecticut man who was charged with grand larceny and vehicle stripping for allegedly using a battery-powered circular saw to steal a converter from two vehicles parked on and near Tilly Foster Road in Southeast.

What You Can Do

Although the odds of losing your converter are relatively low, given the number of cars on the road, park your vehicle in a garage, if possible. Otherwise, consider installing motion sensor security lights and setting the car alarm.

You can purchase anti-theft devices such as protection shield or have your vehicle identification number (VIN) painted or etched on your converter. Some police departments, mostly in and near Los Angeles, have organized “etch and catch” events and last year AAA Colorado gave away 10,000 devices that chemically etch a number onto the devices, although it’s unclear how often that leads to arrests.

Insurance claims for catalytic converter thefts rose from about 1,300 nationally in 2018 to about 3,400 in 2019 to nearly 14,500 in 2020, the most recent figures available, according to the nonprofit National Insurance Crime Bureau (NICB). Because not all thefts are covered by insurance, and so may not be reported, the figures are likely conservative, it noted.

Thieves can unload converters at scrap metal recyclers for $50 to $250 each, said the NICB. A standard converter contains between 2 and 7 grams of palladium, 3 to 7 grams of platinum and 1 to 2 grams of rhodium, according to Waste Advantage Magazine.

While thieves can enrich themselves, car owners without insured converters face big bills. The Garcias paid $1,800 to replace their converter. Jose also decided to buy a car alarm for $500.

“The man barely sleeps because he’s so afraid of them coming back to do it again,” his wife said.

In addition to the police, state lawmakers have taken notice. A bill introduced on Tuesday (April 26) would require that anyone selling a converter have a permit or a title to ownership; another bill, introduced April 19, would mandate that any converter sold in New York after Jan. 1, 2023, be engraved or stamped with a serial number.