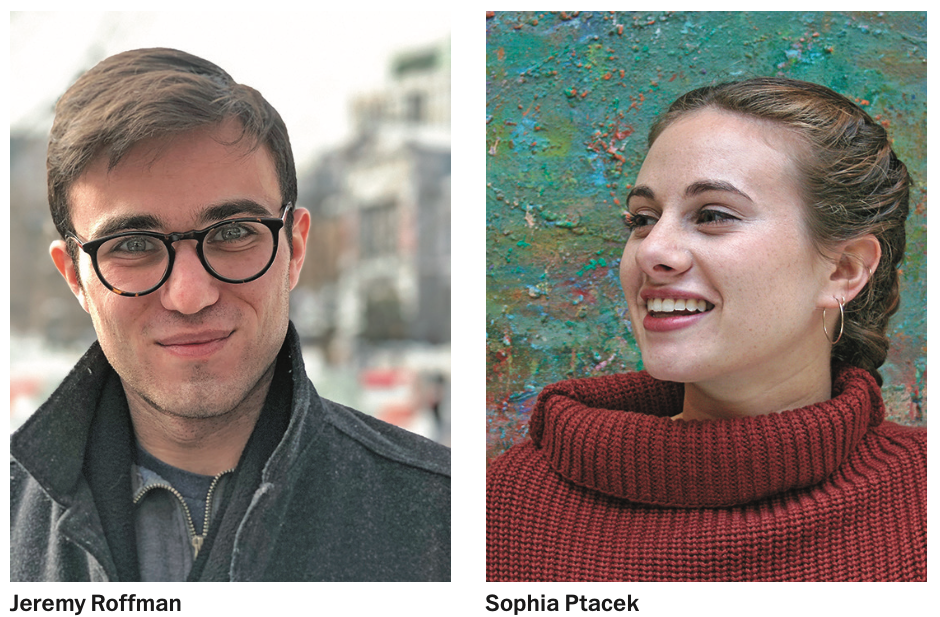 When I was in college studying nutrition in the early 2000s, I heard about global warming. But it was nearly two decades later that I understood the severity of the crisis and got involved.

Now, a growing number of young people, including many from our community, are working to solve the crisis by pursuing studies and careers that will put them on the frontlines of the battle to save our planet.

The silver lining of the climate crisis is that, according to the U.S. Bureau of Labor Statistics, growth is expected in a range of climate-related occupations by 2029. There will be jobs ranging from slowing climate change to helping people adapt to its consequences. That includes everything from wind turbine technicians (one of the fastest-growing occupations in the U.S.), solar installers, soil scientists, environmental scientists, environmental engineers, hydrologists and much more.

Fighting climate change will require people with all kinds of skills and backgrounds. I recently caught up with two of them: Jeremy Roffman and Sophia Ptacek, who grew up in Philipstown.

Roffman graduated from Haldane in 2017, where he was inspired by his math teacher, Christian Hoolan, who taught him how calculus could be used as a tool to understand “cool” physics. He received dual undergraduate degrees from McGill University in Montreal, Canada, in physics and atmospheric and oceanic sciences.

He also took classes in climate science and worked on research related to sea-level rise, one of the most well-known side effects of climate change but also “one of the most unexpectedly complex.”

“I wish that people knew that Earth, our home, is a very sensitive and dynamic system and that if we continue to force the climate out of its current friendly state that the survival of all species, including us, is threatened,” said Roffman, who is now pursuing a doctorate in geophysics in the Earth and Planetary Sciences Department at McGill.

“If we don’t change our ways, if we choose to be irresponsible with the way we interact with this system, our planet will go on, but without us,” he said.

What advice would he give to people wanting to take personal action? Short of encouraging people to run for office, his advice is to “switch to a plant-based diet and figure out how to reduce carbon emissions associated with your travel (take a train or bus instead of plane or car, don’t travel unnecessarily, etc.).

Ptacek’s childhood revolved around the Hudson River. Whether swimming in her favorite alcove or kayaking through Constitution Marsh, she always felt close to and protective of the river.

But she also was aware of the impact climate change was having on the area. Ptacek remembered how Hurricane Irene washed out her driveway, exposing bedrock, and how during Hurricane Sandy her father entered their pond with snorkeling gear to clear the drains and prevent flooding.

“I remember just feeling helpless in the days after, during the power outages, and then following the news as more and more stories of destruction along the East Coast broke,” she said.

She didn’t expect to make solving the climate crisis her career, and had planned to double-major in music and sociology at Wesleyan University, where she earned an undergraduate degree in 2018. But a professor there encouraged her to try geoscience and paleoclimate research.

“When I started taking classes in climate and the environment, I did a 180 into the sciences,” she said.

Her studies are focused on the intersection of climate change, energy policy and public health, particularly the ways in which climate solutions can result in myriad health and economic co-benefits.

“I’m taking an interdisciplinary approach to climate studies because the climate crisis must be tackled from many directions,” said Ptacek.

She worked at the Natural Resources Defense Council as a program assistant before graduate school and knows solving the climate crisis is an enormous challenge. But, like many, she also embraces ignoring the naysayers and getting to work by learning the issues, lobbying politicians and decreasing your own carbon footprint — because every fraction of a degree that warming is limited could save millions of lives.

“Climate change is entering our collective consciousness, more people are getting educated in climate science and a new wave is coming into the field,” he said.