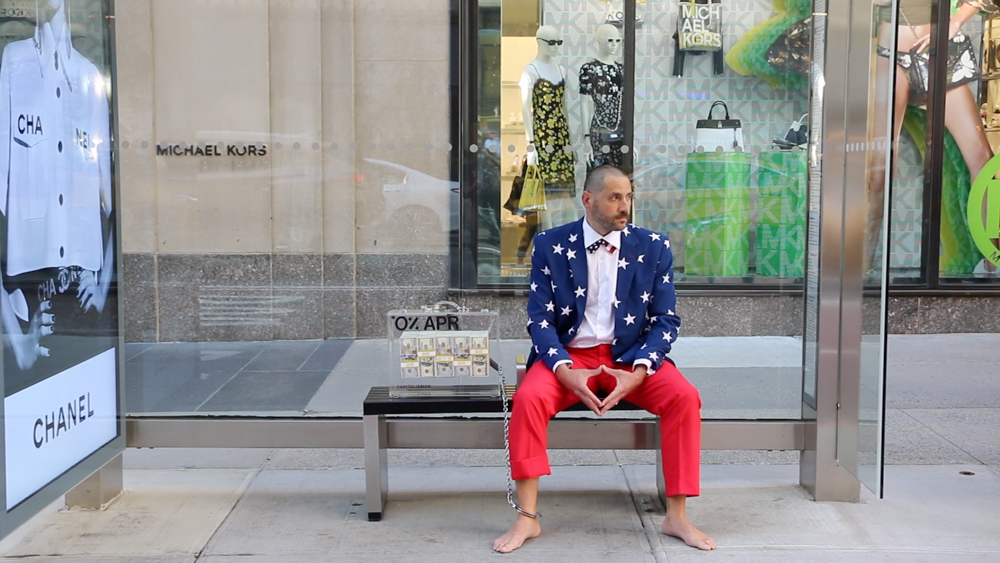 A still from a documentary by Ophir Ariel, now in production, about a conceptual artist known as Capitalistman (Photos provided)

If you made a comedy about parenting, what scenes would you include? 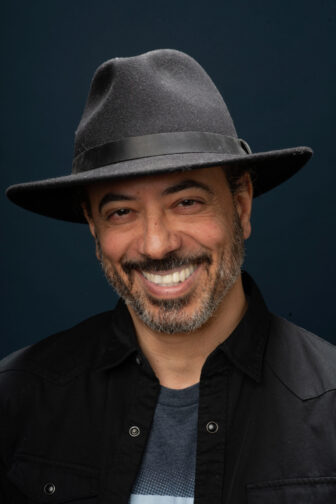 That’s the challenge facing Ophir Ariel, a recent transplant from New York City to Beacon, in an independent “mockumentary” he hopes to begin shooting in October.

Ariel is a writer, director, line producer and comedian and, perhaps most important for this project, the father of three daughters, ages 3, 6 and 9.

When he first immigrated to the U.S. from Israel, he worked in real estate, but was always sizing up the properties he showed as potential shooting locations. He began working on commercial productions, then writing and directing on his own as Blend Pictures (ophirariel.com).

“I needed to move on from the real estate,” he says.

He became a line producer, the person “who makes everything happen,” including securing the cast and crew and “taking responsibility that the vision of the director is being executed. Doing all the smaller parts of production helped me build a knowledge of bigger-scale film projects.”

Recently, Ariel and his wife decided on a lifestyle change. “Funnily enough, the first place I ever went to in this country was Cold Spring,” he says. “I participated in a program where they send post-military service Israeli youth to the U.S. to work in summer camps.

“I was sent to Surprise Lake Camp. As someone who had always lived in a city, I thought the area was beautiful,” he says. “At the same time, I began discovering Manhattan, and I loved that, too. I moved there a few years later. All the time, I wanted to make films.”

The move to Beacon happened rapidly about three months ago. “I felt like my family could actually create more here,” he says. “This community is so welcoming and there are so many talented people here. Film is a collaborative medium; I can’t do everything by myself. At a certain point, there may no longer be a need to bring people up from the city.” 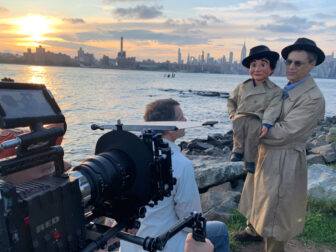 He is working on other projects, including a documentary about a conceptual artist known as Capitalistman and a comedy, Dudu, in which he also stars as a clueless newcomer to New York City. But he has been thinking about the mockumentary for some time and has secured a location in Beacon.

“Although it’s mostly scripted, we are going to improvise, so we’re looking for comedic actors, along with background people from Beacon to fill the scenes,” he says.

He invites anyone of interest to email a photo and resume or expression of interest to [email protected]. If there’s anyone who wants to contribute in other ways, he’s open to that, as well. “I’m looking to get the community involved — maybe in surprising ways,” he says.

One thought on “What’s Funny About Parenting?”