Rep. Sean Patrick Maloney easily defeated a challenger running to his left on Tuesday (Aug. 23) for the Democratic line on the November ballot to represent the redrawn U.S. House District 17, which will include Philipstown.

The five-term incumbent, who lives in Philipstown, will face Michael Lawler, a state Assembly member from Rockland County who won 75 percent of the vote in the Republican primary, according to unofficial results compiled by the state Board of Elections.

In the general election for the redrawn District 18, which will include Beacon, Pat Ryan, the Ulster County executive, will square off against Republican Colin Schmitt, a state Assembly member whose district includes part of Orange and Rockland counties.

In statement issued about 90 minutes after the polls closed, Maloney, who won with 66 percent of the vote, said: “Voters in the Hudson Valley have spoken: They want leaders who will put partisanship aside to get real results. Thank you to the people of NY-17 for your faith in me. It is the honor of my life to represent Hudson Valley families in Congress, and I am humbled to have the Democratic nomination and opportunity to continue fighting for our communities.

“Thank you to [state] Sen. Alessandra Biaggi for running a good race. This primary made us stronger and together we will keep fighting for a better future for our country, starting with holding this seat and holding the House.

“Now is the time to come together and ensure the Hudson Valley resoundingly rejects the radical, anti-choice, pro-gun policies of MAGA Republican Mike Lawler.” 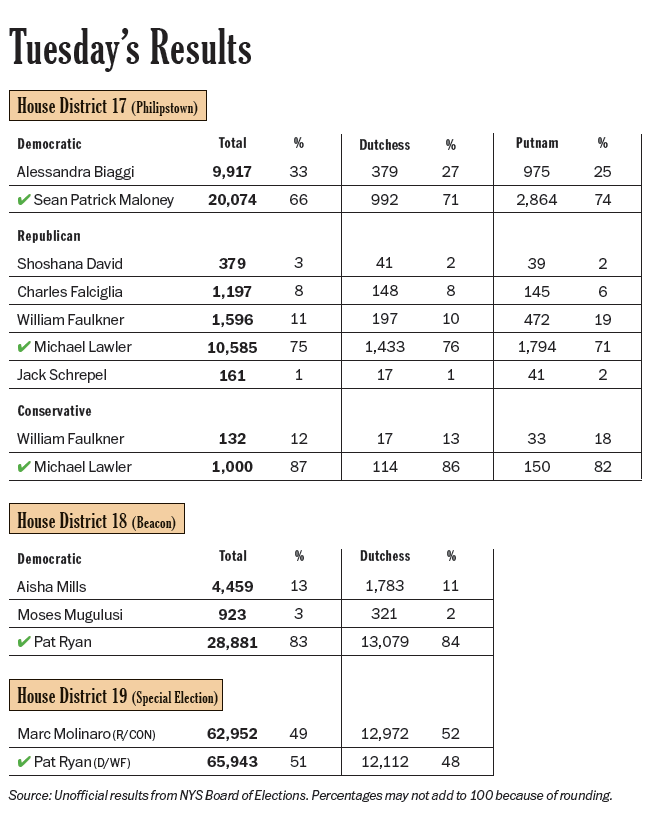 “Maloney doesn’t understand our needs because Maloney doesn’t live like us. He uses tax dollars to fly in and house household employees [a reference to an allegation made in a recently filed ethics complaint]. He has a government car and driver and expects us to pay $23 to enter Manhattan with his new congestion pricing tax. He gallivants around the world on government junkets while we’re hard at work, and travels the country working to re-elect America-hating radicals like AOC [Rep. Alexandria Ocasio-Cortez of New York] and [Rep.] Ilhan Omar [of Minnesota] instead of working for us.”

Ryan won the Democratic primary for the new District 18 with 83 percent of the vote. He will face Schmitt, who Maloney called “dangerous” in a statement in support of Ryan issued 10 minutes after he declared victory in his own primary.

“His record of corruption and total embrace of insurrectionists prove he’s too radical to represent the Hudson Valley,” Maloney said in his role as chair of the Democratic Congressional Campaign Committee. “While he pretends to be a moderate, his views and actions reveal the truth about his far-right extremism. When up against Pat Ryan, voters are going to see Colin Schmitt for the corrupt, toxic and dangerous politician that he is.”

Schmitt responded: “As a lifelong Orange County resident, the voters here and throughout the new congressional district will not tolerate a representative in Congress who turned his back on law enforcement and marched with defund the police activists. After knocking on tens of thousands of doors, I can assure you that voters in our district do not support Pat Ryan’s radical ideology that is out of touch with the values we share in the Hudson Valley.” Schmitt promised to “restore checks and balances to Washington.” 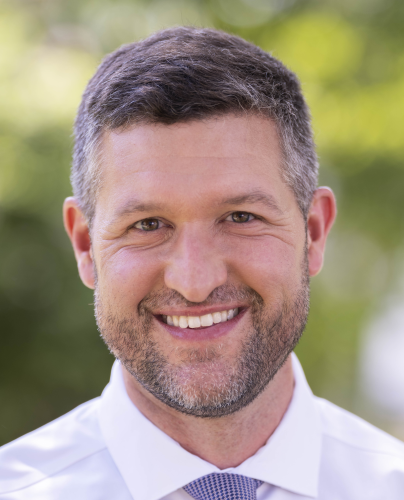 In a statement, Molinaro attributed his loss to a lack of turnout among Republican voters. “While this is not the outcome we hoped for, we knew this was an uphill battle when Democrats scheduled this special election on the same day as two Democratic primaries with five candidates pushing their turnout.

“As we look forward, every midterm election is a referendum on the party in power,” he said. “Late campaign comments by folks like Gov. [Kathy] Hochul, that if you don’t agree with their policies on the economy, crime and pandemic restrictions, then you should leave, are wrong. Everyone in this district, in America, deserves a government that respects and serves them.” 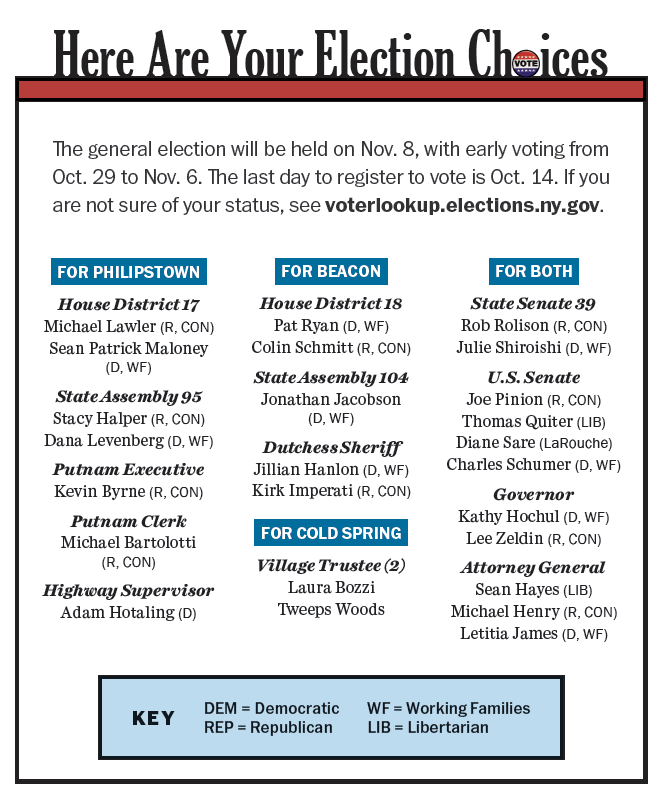 There was no primary on Tuesday for the state Senate seat that will represent Beacon and Philipstown. The Democratic and Working Families candidate is Julie Shiroishi, a Beacon resident who is the former chief of staff for Jonathan Jacobson, whose Assembly district includes the city. The Republican candidate is Rob Rolison, the mayor of Poughkeepsie.

The primary for the state Assembly was held in June. Dana Levenberg won the Democratic line for the district that includes Philipstown and is now represented by Sandy Galef, who will retire. The Republican candidate is Stacy Halper. Vanessa Agudelo ran unopposed for the Working Families line but the party has now endorsed Levenberg. Jacobson is running unopposed.