As a new academic year begins, we caught up with three Philipstown residents who took different paths after graduating from high school in June.

April Ransom is settling in at SUNY Binghamton, where she will study biology and environmental science.

The Haldane graduate had considered a number of careers, from hairdressing to criminal justice to architecture. But it might have been her infatuation with fairies that tipped the scales.

“I was super into fairies as a kid,” she said. “They love nature, they love animals. I was also a huge nature kid; I had my own notebook and would draw the animal and plant life just outside my house.” 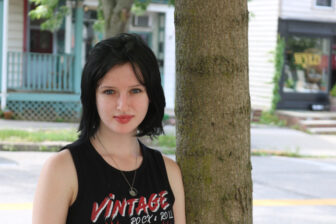 Ransom, who finished with a 4.0 GPA, gives credit to a criminal justice course she took in the ninth grade. “That class helped me become comfortable with public speaking,” she said. “It made so many other classes easier going forward.”

Her list of prospective colleges didn’t include Binghamton, but at her parents’ insistence, she visited. “After seeing it, I knew I had to go there,” she said.

“I remember walking through the food court and the tour guide saying students had created it,” she said. “It wasn’t just a bunch of teachers lording over them; they have the freedom to create their own school environment.”

She hopes to find a career that involves fighting climate change. “I’m debating between research and developing technology,” she said. “There’s a lot of carbon-capture technology that is interesting.”

She knows she will miss Cold Spring, but the feeling is tempered by a sense of adventure. “This has been my home for a long time, but it is all I know,” she said. “I’m excited to experience something new more than I am sad to leave, because I am planning on coming back.” 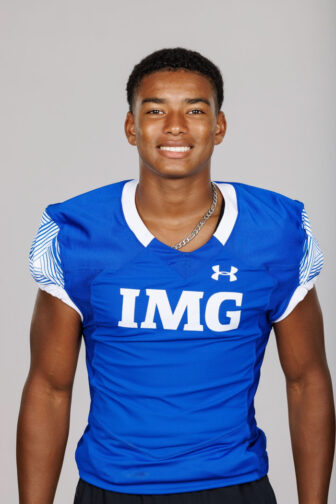 Tomas Struck hopes his path will lead him to the professional gridiron.

Established in 1978, IMG is known as a sports powerhouse. In 2020-21 its football team won the High School Football America National Championship.

Struck received offers from a few Division III schools in New York but said he aspires to a higher level of competition and believes IMG can help him reach it. The school’s football schedule includes games against leading high schools across the U.S., as well as junior college and college freshmen teams.

The Ascenders lost their 2022 season opener to Miami Central, 20-14, on Aug. 26. The team is ranked third in Florida and 13th nationally.

“The program is pretty fun,” Struck said. “But it’s nothing you just breeze through; it’s a lot of work.”

Struck, who is studying business, said he could attend IMG for the next school year or enroll in college in six months.

He plans to attend a Division I college and is considering Syracuse and Florida Atlantic University. But his goal is to play professionally. “To be honest, I hope that college gets me to the NFL scouting combine,” where teams evaluate prospects, he said.

It’s been done; there are 15 active NFL players who attended IMG. Struck said he is considering switching positions to safety because he is relatively small, at 6-feet, 1-inches and 205 pounds, for a linebacker.

Michael Covelli wasted no words when asked how he felt about graduating from Haldane High School. “It was great,” he said. “I’ve been waiting for this the whole time, to start working, because I love money!”

Covelli is no stranger to work. Throughout high school he worked part time at local restaurants and at Marc’s Landscaping, where he is now employed full-time.

During his junior and senior years, Covelli studied auto mechanics at the Boards of Cooperative Educational Services (BOCES) campus in Yorktown Heights. 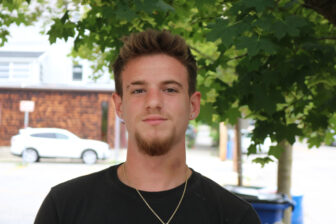 “I just wanted to know how to work on my own vehicle, rather than have to take it to a shop,” he said, adding that he and his dad installed a lift in the family’s garage.

At BOCES, he enjoyed the hands-on learning. “You’re always in the shop, learning how to do what you came there to do,” he said. “And you meet a lot of people — instructors and students; I met some of my best friends there.”

But he said he’s not interested in a career in auto repair. “I want to be an operating engineer, working with heavy equipment, like excavators and loaders,” he said. “That’s what my dad does; I’ve always wanted to do that.”

Covelli is operating landscaping equipment with Marc’s but said his goal is to pursue the training required for membership in the International Union of Operating Engineers, Local 137.

In the meantime, he relaxes with smaller machines, including dirt bikes, quads and his Harley Dyna Wide Glide motorcycle.