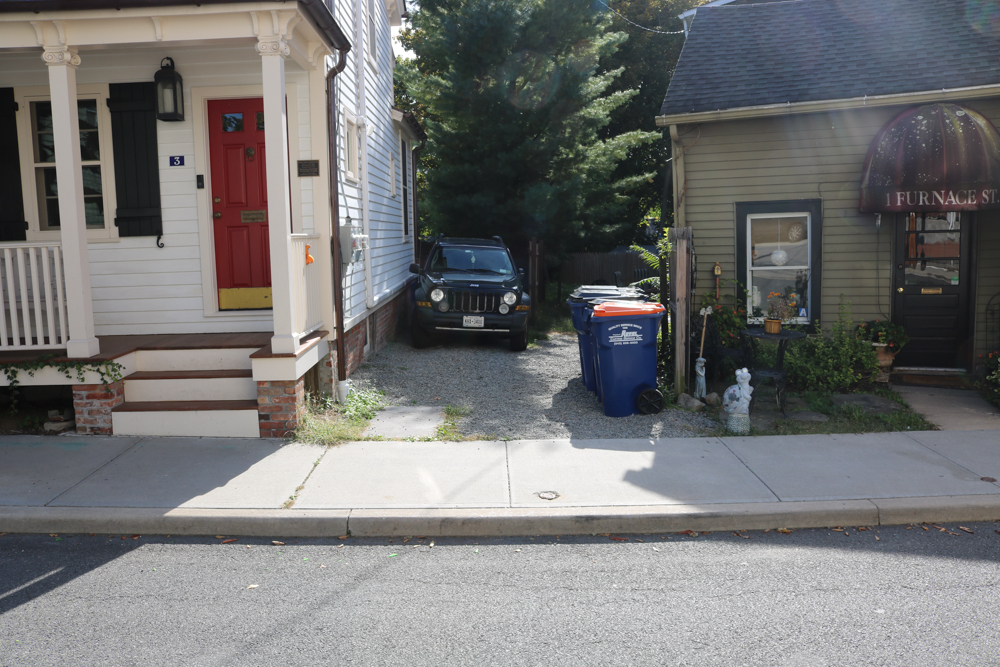 A lawsuit in Cold Spring centers on parking in this alley adjacent to 3 Furnace St., which has no curb cut.

Claims allegations in lawsuit defame him

A Cold Spring attorney has filed a $1 million lawsuit in state court against a village property owner, claiming he was defamed.

Luke Hilpert sued Carl Mauro, the owner of 153 Main St., last month over allegations made in an earlier lawsuit involving an Airbnb rental on Furnace Street.

In that lawsuit, filed in December, Mauro asked a court to prohibit Frederique Henriot from operating a short-term rental at 3 Furnace St., as well as for $150,000 in damages. The dispute centers on a shared alley that provides rear access to Mauro’s property and that he said is blocked when guests park there.

Hilpert represented Henriot when she purchased the property in early 2021. She claims to have an easement for three parking spaces in the alley.

Mauro’s suit was dismissed in March when the judge denied a request from Mauro’s attorney, Norah Hart, to appear for a hearing by Zoom because she was in California for a family emergency.

Mauro refiled on May 31. Among the allegations made in his lawsuit are that Hilpert filed an incorrect declaration of easement for Henriot’s property and that T/Cup Realty, Cary Downey and Hilpert conspired to sell Henriot the house despite knowing she had no claim for use of the alley for parking.

In his defamation suit, Hilpert claims that these allegations damaged his reputation as a local real-estate lawyer and, because he says Mauro knew they were false, they amount to defamation.

Last week, in a letter to the Village of Cold Spring, Mauro said Henriot never applied for a permit to create a driveway or off-street parking, and that the alley, which has no curb cut, is not large enough to accommodate parking. Mauro said that if the village denied Henriot the right to park in the alley, it would end the need for his court case.