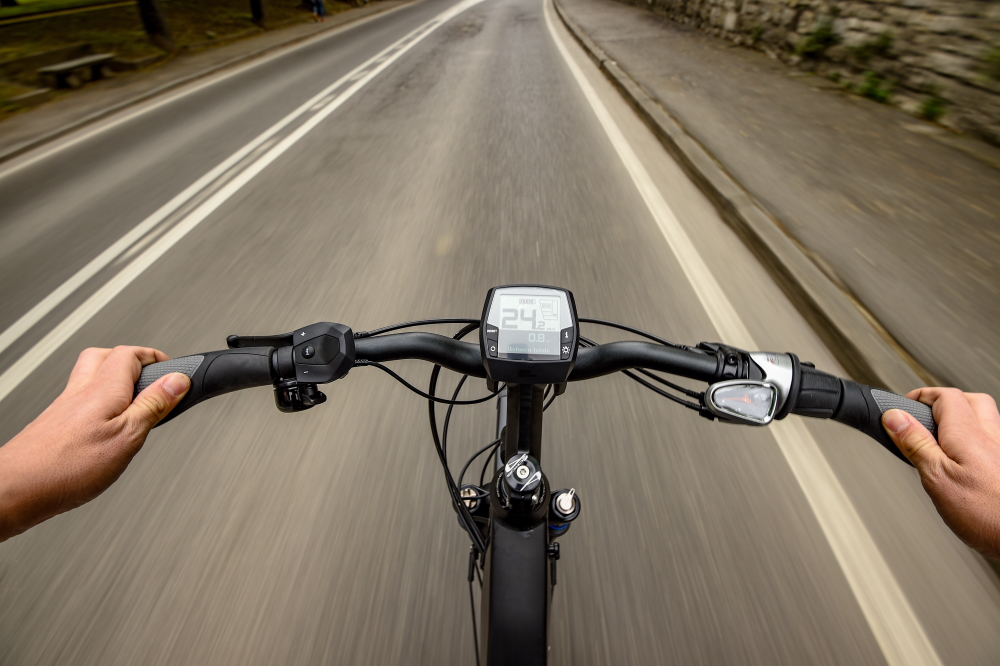 Editor’s Note: This week we introduce a column by Stowe Boyd, a Beacon resident who specializes in the economics and ecology of work and the “anthropology of the future.” It will focus on the local impacts of larger trends.

In June 2021, the actor Lisa Banes, best known for her role in the film Gone Girl, was hit and killed by an e-bike on a Friday night while she crossed the street near Lincoln Center. The driver, who fled, pleaded guilty to manslaughter.

I had my own scary encounter recently with an e-bike on Main Street in Beacon. A car stopped for me to use the crosswalk; the impatient rider couldn’t wait and sped around, missing me by about two steps.

A driver going the other way was so concerned he pulled over to ask if I was alright.

An e-bike is a bicycle with an electric motor and battery. In New York state, they are treated by the law as bicycles, rather than motorcycles; you don’t need a driver’s license or insurance. Some e-bikes only assist the rider while pedaling and others will run without pedaling, but all legal e-bikes max out at 25 mph. There are commercially available e-bikes that operate at higher speeds, but these are (nominally) illegal in New York.

The e-bike that nearly clipped me on Main Street seemed to be going faster than 25 mph, but who knows? At the least, he was breaking the law. Like bikes without motors, e-bikes can’t use the sidewalks, nor can bicycles, scooters, skateboards, roller skates and other “human-powered or motorized vehicles.” (Note: Wheelchairs, walkers, baby strollers, tricycles for children under age 7 and electric scooters are exempt if used “as a necessary means of ambulation.”) Fines up to $150 can be given to those violating the rules and their vehicles impounded, which I think recognizes the degree of danger involved.

I’ve seen dozens of infractions to this law, especially people riding bicycles on sidewalks, but have never seen anyone stopped or ticketed.

I’m seeing more e-bikes in Beacon, but they haven’t reached a critical mass where they are creating widespread problems. Lt. Thomas Figlia of the Beacon Police Department did some digging and said that, year to date, officers had responded to four crashes that involved bicycles (none with pedestrians), and two were reported after the fact. Further, he said, the department had received only a single complaint about a bicyclist violating traffic laws.

Cold Spring’s traffic regulations make no mention of e-bikes, or bicycles, for that matter. Clearly, my near-collision on Main involved the violation of traffic laws, but since e-bikes are unlicensed, how would I go about reporting it?

Even with that close call, I still think e-bikes and e-scooters are a positive development:

But e-bike riders should still get tickets.

Stowe Boyd, who lives in Beacon, specializes in the economics and ecology of work and the “anthropology of the future.” This column focuses on the local impacts of larger trends.