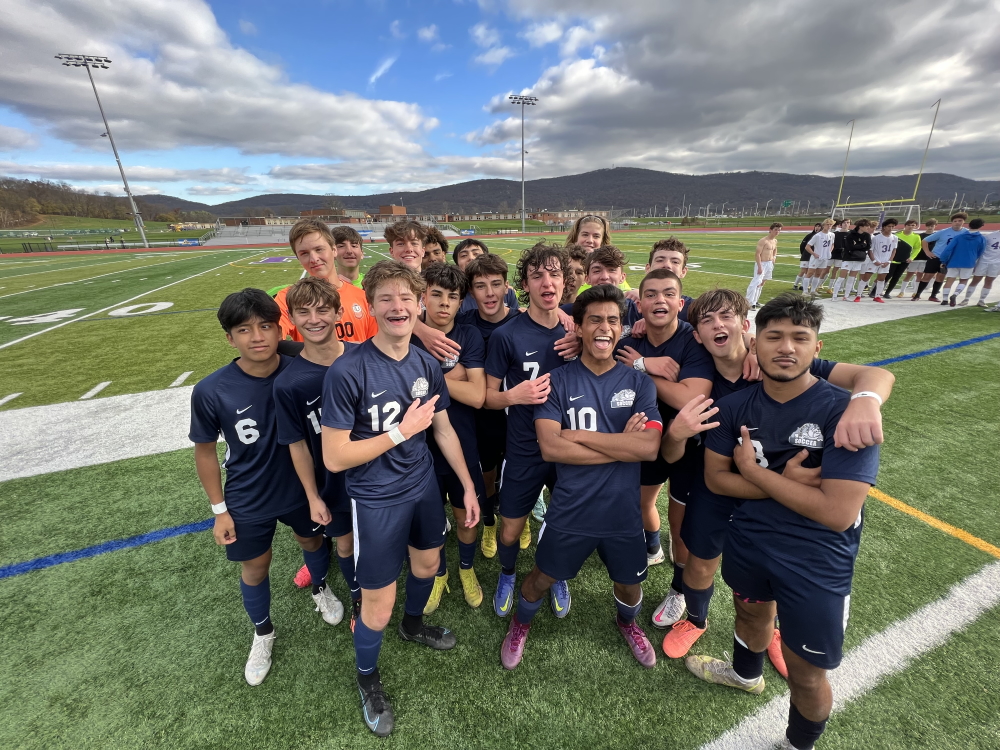 The Beacon boys' soccer team advanced to the state Class A title game.

The dream continues for the Beacon High boys’ soccer team, which ran out to a 2-0 halftime lead in today’s Class A semifinal at Monroe Woodbury High School against Christian Brothers Academy of Syracuse and held off a fierce second-half comeback to earn a 3-2 victory. 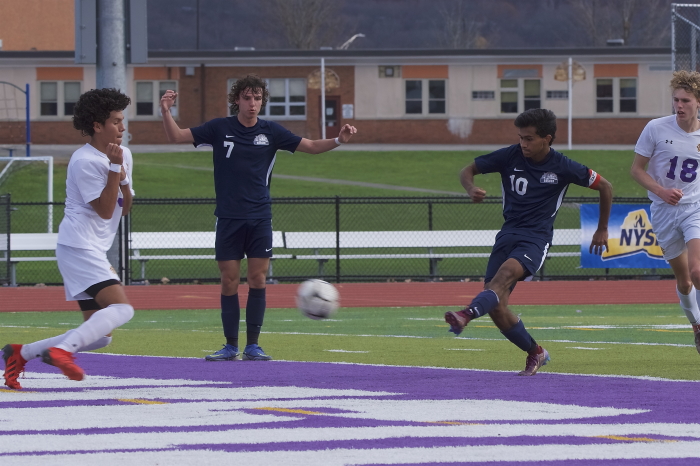 “It’s just surreal, unbelievable,” said Coach Craig Seaman said. “We’re thin, our center back [Gavin LaDue] was out, but it’s been a magical run, and I couldn’t be happier for the boys. Our spectator support has been just amazing. We knew they’d come back in the second half — I’m thrilled with the way we responded.”

The win put the Bulldogs in Sunday’s Class A state title — the program’s first ever appearance — at 1 p.m. against Amityville at Middletown High School. (Haldane will play on the same field for the Class C title at 3:15 p.m.)

How to Watch the Game

Middletown High School is located at 24 Gardner Ave. Tickets must be purchased online in advance for $11.50 each. There are no cash sales at the gate and tickets must be displayed on phone, not printed. No bags are allowed in the stadium.

The game also will be broadcast online on the NFHS Network, which costs $11.99 per month to access.

The Bulldogs built their first-half lead on goals from Andre Alzate and Liam Murphy. But CBA came out on fire in the second half and tied the game in the first two minutes.

Despite most of the play being in the Beacon end, the Bulldogs found an opportunity on a break down the right wing, and Alzate put another ball in the net.

Keeper Matt Sandison had a big game, making several impressive saves in the second half, and finished with 11 stops.