The hour glass has been turned on end and the final countdown has begun for Cold Spring residents to comment about the future of their village. The Special Board charged with writing a new Comprehensive Plan for the village released the draft version of the plan on Sept. 29. On the following evening it held the first of two public information meetings to review the draft recommendations. The second public information meeting will be held at 730 p.m. on Thursday, October 7 at the VFW Hall on Kemble Avenue. The last opportunity for public comment will be a formal public hearing scheduled for Thursday, Oct. 14 at 7:30 pm at the Cold Spring Fire Hall. The public hearing will remain open until Thursday, Oct. 21 – the last date that written or verbal comments will be accepted before the Special Board votes to recommend the plan to the village board.
At last week’s meeting Ted Fink, a principal in the Rhinebeck-based planning firm Green Plan, said there are many advantages for the village to have an updated plan in place, including the fact that many senior government grants require it. The new plan will replace one approved in 1987. Fink, whose firm assisted with the final stages of drafting the plan, said that he has seen Comprehensive Plans as short as one page while others have been “thousands of pages.” Cold Spring’s comes in at a concise eighty-nine pages that include many charts, maps and a sixteen page summary of the initial resident survey, which kicked off the planning process. Special Board Chair Mike Armstrong said that he hopes that the recommended plan is adopted “..sooner rather than later, but it is really up to the Village Board.  We hope they will act expeditiously.”
Once it receives the recommended Comprehensive Plan from the Special Board, the Village Board will hold its own formal hearing to publicly review the document. It will also conduct the SEQR – the Environmental Quality Review required by New York State. The Village Board will then be responsible for amending the village zoning code to ensure that it is in harmony with the new Comprehensive Plan. There were very few questions about the actual content of the plan at last week’s meeting. Most inquiries related to procedures and how the plan will be implemented. 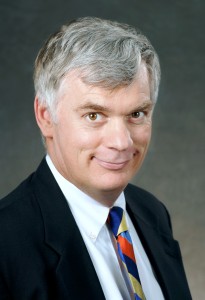 One resident said he felt that Main Street Cold Spring is a “slice of Americana that is appreciated and cherished” and wondered aloud if by moving the fire hall and village hall away from Main Street, “Will we lose its special qualities?” The plan suggests the village consider moving the fire hall and village hall to the former Butterfield Hospital site. Armstrong agreed that it is a “key issue.” He said, “Main Street needs to have reasons for resident to use it – not just visitors. The question is what would they (the fire hall and village hall) be replaced with? Butterfield must be carefully thought through.”
Contacted after the meeting by Philipstown.info, Armstrong said that certain aspects of the plan remain controversial even among members of the Special Board, some of whom have worked on the plan for more than four years.  Board issues in contention include the best approach for meeting the village’s parking needs; whether or not to allow accessory apartments; encouraging home-based businesses; the best use of the Dockside property and the possible creation of a looped walking trail from Cold Spring’s waterfront to Little Stony Point. The Special Board does not have to reach a consensus on the plan in order to approve it. Armstrong said that a simple majority vote in favor will send the recommended plan to the Village Board. He expects the Special Board to vote on the recommended plan on Oct. 28; a week after the public hearing closes.
One of the concepts discussed at last week’s meeting was a move towards “form-based zoning.” That approach does not delineate specific permitted uses in a given area. Instead it permits mixed uses while ensuring that any proposed new use does not have a negative impact. Fink said that such an approach is desirable in the village, because Cold Spring was developed long before typical, suburban zoning was developed. Contemporary zoning typically has included rigidly defined areas for each type of use. Throughout the planning process residents expressed the strong view that Cold Spring’s historic and small village character should be preserved. Fink said that form-based zoning is more in keeping with that desire compared to the “cookie cutter” zoning used in suburban communities in the past.
The weather for last week’s public information meeting was anything but nice. The tail end of a tropical storm ripped through the region that evening, bringing with it heavy rains and high winds. Parts of Cold Spring were left without power. Fortunately for the meeting’s organizers, the VFW Hall’s lights stayed on and despite miserable conditions about thirty people attended to discuss the draft plan. “I was amazed at the turnout given the weather. I thought the meeting would be completely washed out” Armstrong said. Special Board members are no doubt hoping for more cooperative weather and a larger turnout at the Oct. 7 session. It has been a long road to get to this stage of a planning process that began in 2006. “I think itis fantastic to be at this point. We’re not all the way to the finish line – but we can see it” Armstrong said.
The complete draft Comprehensive Plan can be viewed by clicking on  here .