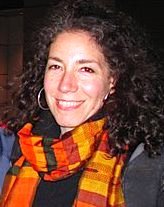 If you’re a friend of Cold Spring’s Toby Shimin, and didn’t see her around for a spell of almost a year, there was a good reason—she spent 11 months recently in her basement cutting room, editing down 380 hours of footage into just 88 minutes, in creating the documentary Buck. Buck, the story of a real-life horse whisperer, was directed by first-timer Cindy Meehl, and has just premiered, to great acclaim, at the Sundance Festival, where it picked up the U.S. Documentary Audience award, and was acquired by Sundance Selects for North American release.  Another local resident, Peter Rundquist, of Garrison was one of the music composers on the film.  A June release is anticipated in over 50 cities, which is very rare for a documentary.  Arriving at the Festival without a distributor, the buzz generated by the screening resulted in multiple distribution offers.
Buck is the story of Buck Brannaman, one of those True Grit everyman salt-of-the-earth cowboys who proves an irresistible subject for film by being both incredibly talented, with an amazing gift for “horse whispering,” and also possessed of a wonderful character and innate wisdom.  According to film critic Betsy Sharkey, of the Los Angeles Times, “Of all the movie screenings I’ve been to in the festival’s first four days, no film has gotten as passionate and as extended a standing ovation as Buck.” An excerpt from Sharkey’s review, reads “Buck is anchored by interviews with his friends, family and horse owners changed by his methods, cut in between training sessions with horses and riders that keep Buck on the road most of the year “¦ As beautiful as the horses are — and there are many breathtaking shots, thanks to cinematographers Guy Mossman and Luke Geissbuhler — Meehl understood that it was the man and how he relates to all manner of creatures that would carry the day. It helps that Buck, who lives in Sheridan, Wyo., is truly a character, Marlboro Man tough (but seemingly without the vices) and with a dry wit that crackles.” (Copyright© 2011.) 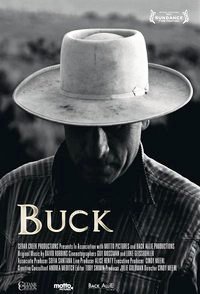 The film’s new distributor, Sundance Selects, describes the film as “The Horse Whisperer may be the stuff of Hollywood legend but the cowboy who inspired the novel and film is very real. Buck Brannaman — master horseman, raconteur and philosopher – is a no excuses cowboy who travels the world teaching a hard-won wisdom that’s often more about human relationships than about horses. He possesses near magical abilities as he transforms horses — and people — with understanding and respect “¦ Jonathan Sehring, President of Sundance Selects/IFC Films, said: ‘Our entire company has fallen in love with Buck. Cindy Meehl’s funny, deeply inspiring and crowd pleasing film about Buck Brannaman has ignited the passion of audiences in Park City and we’re confident the rest of the country will feel the same.  This is the perfect film for our new label Sundance Selects and we could not be more excited to help get it out to the widest possible audience.'”
Shimin credits her “invaluable” assistant, Joy Reed, who lives in Poughkeepsie, for helping edit the footage, which was filmed by several crews over a two-and-a-half-year period.  In a very contemporary arrangement, the two editors worked together mostly over the internet. Shimin, a long-time Cold Spring resident, and one of the founding members of Depot Docs, began her film career as a sound editor, where she worked on such projects as Fire from the Mountain and Working Girls, which won a Special Jury Prize at the Sundance Film Festival. She switched to picture editing in 1988 when she cut The Children’s Storefront, which was nominated for an Academy Award for Best Short Subject Documentary.
Since then, she has cut numerous films that have been accepted at Sundance, including A Leap of Faith, Martha and Ethel, and Out of the Past, which won an Audience Award. She has cut several diverse projects for PBS, including AIDS Warriors for the 2003 season of Wide Angle and two projects for American Experience: Miss America, which premiered at Sundance in 2002; and Seabiscuit, for which she was nominated for a 2003 Emmy. More recently she edited episode two of the Emmy-nominated Reporting America at War, Three of Hearts: A Post-Modern Family, which premiered in September 2004 at the Toronto Film Festival, and Two Square Miles which was part of the 2006 Independent Lens series on PBS, Everything’s Cool and premiered at the 2007 Sundance Film Festival and her latest project, A Sea Change, which won several festival awards and is was screened internationally and broadcast nationally.  Toby is a principal of Dovetail Films,  a production and editing company she co-founded with Dina Guttmann in 2001. She studied film at Hampshire College, where she earned a Bachelors of Arts. To view a preview of Buck, visit http://www.buckthefilm.com/.