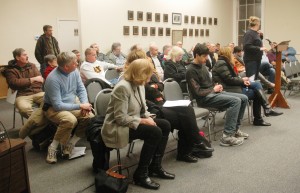 The audience at the public hearing March 3